A spot of Thrush

After four days in NY, I hadn't seen any thrush other than the ubiquitous American Robin, of which I'd seen several million. On our last morning in the city, Mrs L finally agreed to come to the Central Park Ramble with me to see what all the fuss was about. There were Thrushes everywhere! First up a dash of rufous that disappeared instantly but that I thought was probably a Veery, and then almost immediately afterwards, two fantastic Hermit Thrushes feeding on one of the paths.
The Veery gave itself up a little later, and a Swainson's Thrush also made an appearance but I was unable to get a photo. Best of all, and almost the last bird I saw, a Wood Thrush feeding in the scrubby understorey - such beautiful colours, but it vanished almost as soon as I picked it up (as in saw it, rather than grabbed it, else you would have a photo). Should I be so lucky as to find one of these one autumn, and provided Grey-cheeked doesn't throw a spanner in the works, I reckon I'd now be able to ID it straight off the bat. Field guides are great, especially the Sibley, my invaluable companion whilst birding on this trip, but there is no subsititute for actually having seen the things. 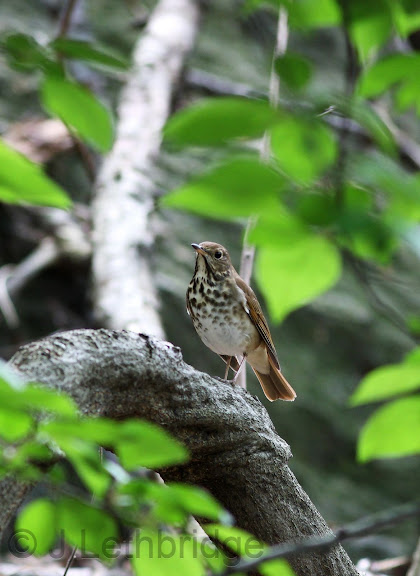 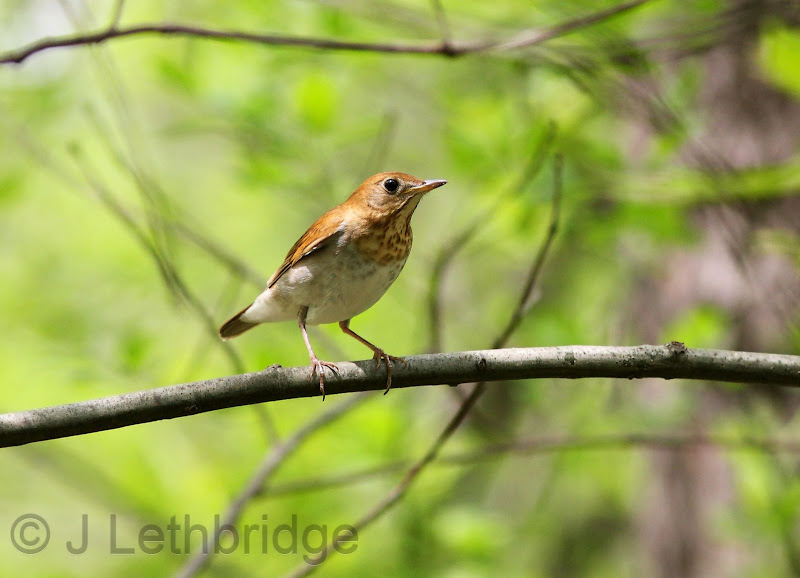 Hermit Thrush and a Veery

The birding that day was exceptionally good, culminating in the briefest glimpes of a Yellow-throated Warbler, another Canada Warbler, and the Chestnut-sided Warbler that I already posted a photo of. There were also two (actually classed as a Warbler), and a Louisiana Waterthrush, at one point side by side - most educational, but one for another post.
Posted by Jonathan Lethbridge at 17:57