Just returned from France and am wiped out. Birding dawn til dusk, staying at the finest hotels known to man, and eating extremely well. Destination les departements de l'Aube and du Marne/Haute Marne - lakes and forests. Cranes and Woodpeckers. I will provide a link to a trip report in due course, what follows is not intended to be one.

A great deal on Eurotunnel is what swung this trip. Only fifty quid on this particular weekend, and the region in Champage-Ardennes, broadly south-east of Paris, is only about four hours by car. Twenty-thousand wintering Common Cranes and the possibility of various european Woodpeckers were the main draw, but there was plenty more besides. Hawfinches, for example, are about as common as Chaffinches, Willow and Marsh Tits breed side by side, and more generally the countryside is alive with birds. Oh, and the food is great - if you can manage to avoid McDonalds. 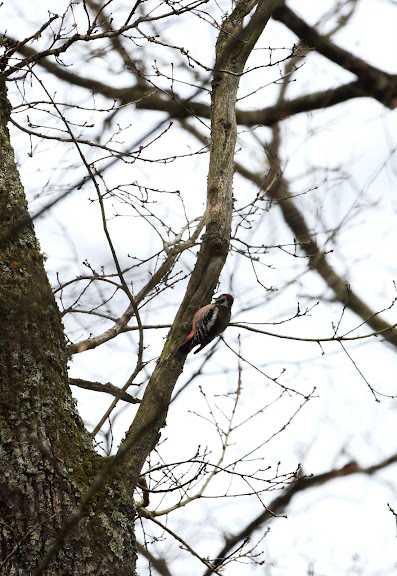 Howard, Bradders and I left really late on Friday night, and drove through the night to the Foret d'Orient near Troyes. We found the forest track we were aiming for at around 4am, noted for being overrun with Woodpeckers, and attempted to sleep in the car. I'm not sure this worked, but I didn't actually feel too terrible at first light, so set out to explore. The forest was heaving with birdlife. Hawfinches overhead, Siskins, Crested Tit, Short-toed Treecreepers, Goldcrests - and Woodpeckers. It took about an hour or so to locate our first Middle Spotted Woodpecker - and they showed superbly, if quite high up. Proved almost impossible to photograph, but that is the case with most Woodpeckers so I wasn't too upset - seeing them was the main thing. We continued to bird the area, and on the point of leaving two Black Woodpeckers started up with their strange mournful - well I don't know what to call it - a kind of mewing drawn out "clee-eeeeeew". Despite the birds being relatively close, and extremely large like Crows, we couldn't find them.

The day passed in a blur of sites around the impressively large Lac d'Orient, and included Whooper and Bewick's, White-fronts and Beans, Hen Harrier and White-tailed Eagle. We birded until our eyes hurt, and then found our luxurious Formule 1 hotel, had a bite to eat and went to bed at the rock and roll time of 7pm. Went to sleep dreaming of Black Woodpeckers. 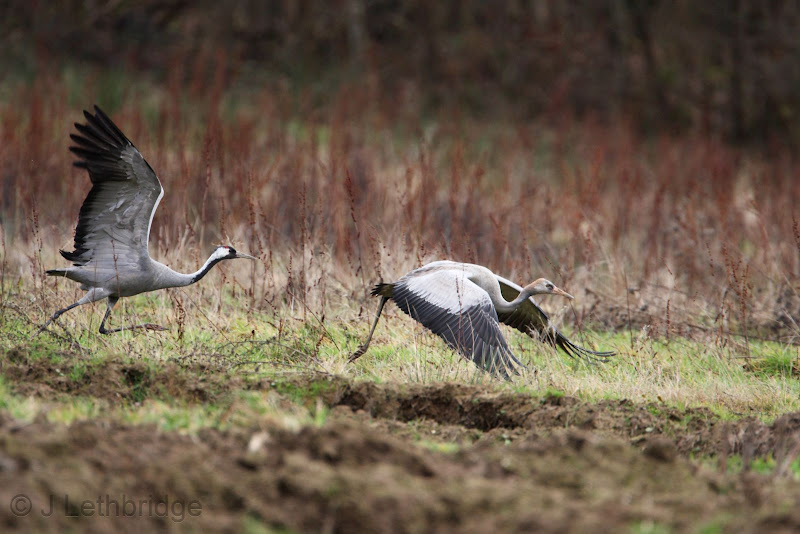 Next morning we were at a different lac, the Lac du Der-Chantecoq, only a short way north-east. The birding Gods must have seen my dreams, as Howard picked up a Black Woodpecker in flight before we had even got out of the car. Although we saw the general area where it had gone, and heard it call several times, we couldn't find it again - they're tough! We spent the day birding around the Lac du Der, the main attraction being the hundred upon hundreds of Common Cranes. If you're so inclined, you can go to Norfolk and see a handful of Common Cranes. My typical experience is at Stubb's Mill watchpoint - you see the birds fly into roost, perhaps twenty, and that is that. In France, they fly in great vees across the open skies, and replace sheep in the landscape. And the sound, the bugling, well, there is nothing I can say that adequately describes it, especially when coming from flights of birds. Simply brilliant. 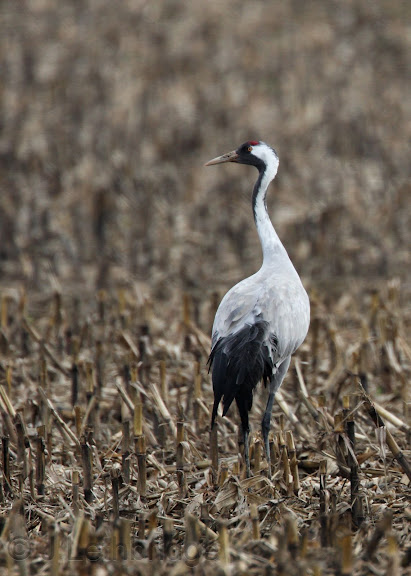 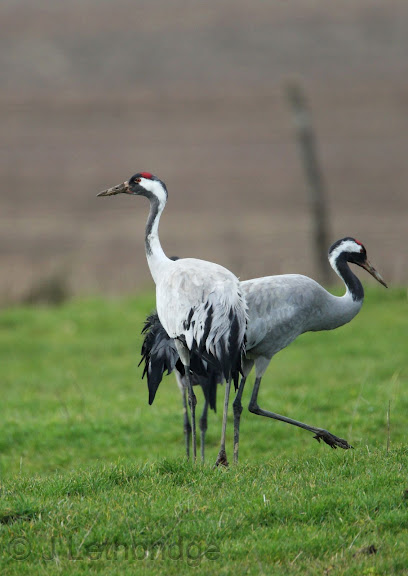 Great White Egrets everywhere, a stonking female Goshawk sitting in a tree being massive, flocks of Goosander - the birding in the area has a lot going for it. Perhaps most interesting was the extreme paleness of a large number of the Common Buzzards in the area. Why birds round here should be so absurdly (and confusingly) pale is anyones guess, but I'd never seen birds like them, and indeed when we drove further north they reverted to being brown and normal-looking. 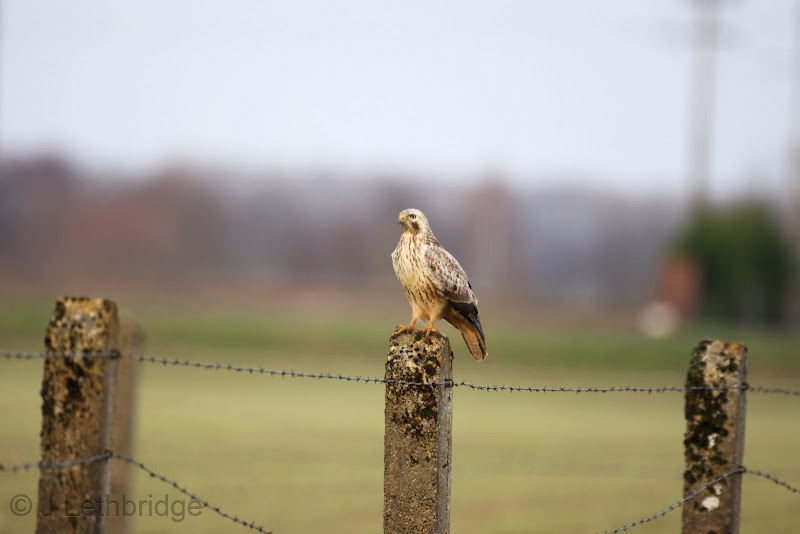 By mid-afternoon we were flagging, so a pick-me-up was called for - a French Cafe beckoned. It has been several years since I have been to a cafe in France, and I must confess I was looking forward to it. It being Sunday we struggled with everything being closed but eventually found one in a small town called Vitry le Francois. If you fancy being humiliated by a french Waiter, I can heartily recommend the Bar Maxime in Vitry. The waiter did a superb job of patently ignoring us. I'll wait it out, I thought, but a full fifteen minutes after we had sat down he still showed no sign at all of coming over. Meanwhile of course, every other table in the place was enjoying nice fresh coffee and cold beer. Had I not been birding, and daylight not been quite so critical, I would have sat it out, but with time pressing I could wait no longer, and was forced to drag myself to the bar to order our coffees. Crushing. There was a modicum of enjoyment gained from startling the guy by ording in faultless french, but let that take nothing away from his victory, which was complete. I left a tip of 10 euro cents, which I felt likely he would understand to mean that we understood that he had won convincingly. 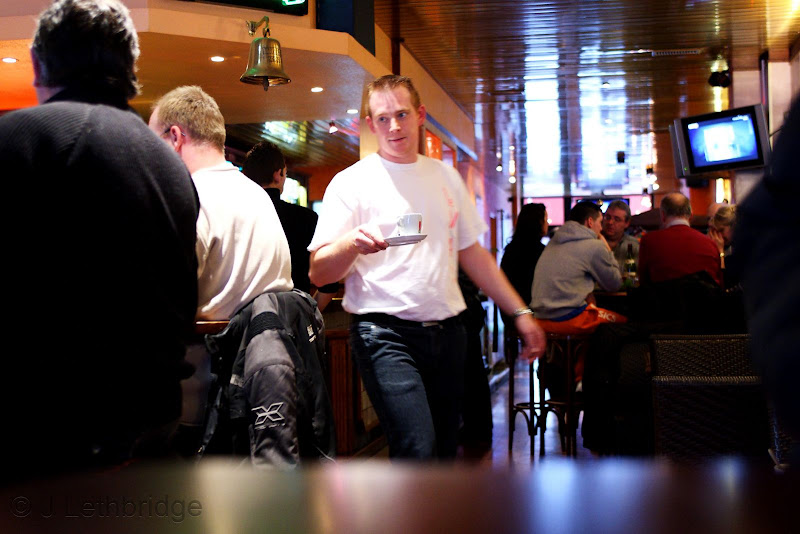 Victorious waiter with someone else's coffee.

Under cover of darkness we drove to Compiegne, about half-way to the coast, and north of Paris. This is where the Armistice was signed in 1918, but has more appeal for birders by virtue of its large forest teeming with Woodpeckers, or so we hoped. H aimed the car at a McDonalds, but I was able to wrestle the steering wheel from his grasp and he missed it. We ended up in centre ville and at a Brasserie that Cafe Rouge had likely modeled itself on. Superb in every respect. 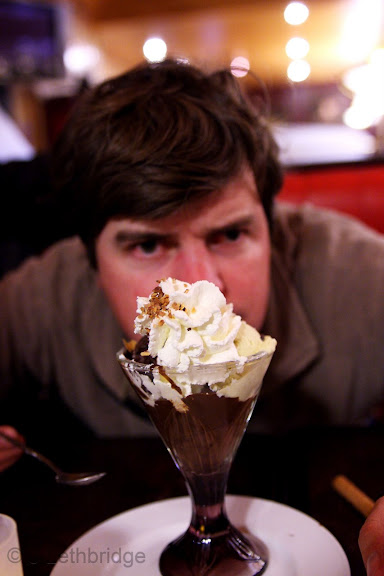 The following morning, after another night in a luxurious and well-appointed hotel, we found ourselves in Compiegne forest. We heard two Black Woodpeckers more or less immediately, but it took another hour and a half to actually see one, and once again it was a flight view only as it lazily flopped over a track and disappeared. We were booked onto a lunchtime train back though, and could not tarry. I hope to go back for better views another time, but I'm still very pleased with what was a successful, cheap, and easy trip. 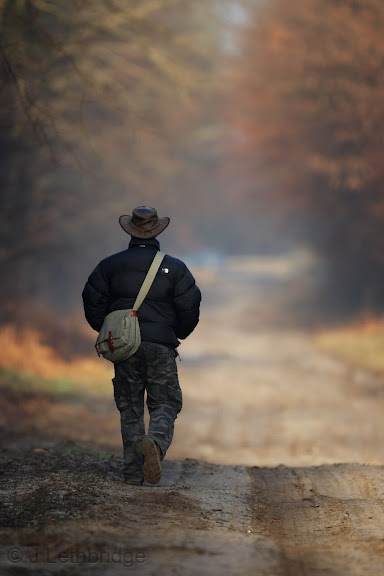 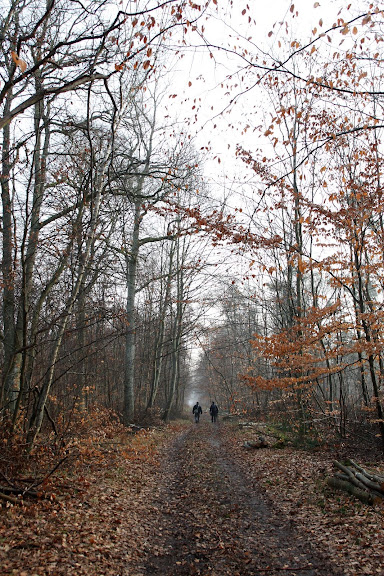 Posted by Jonathan Lethbridge at 21:14