In the Bleak Midwinter

Northern Ohio is bleak at this time of year. Southern Ohio may well also be bleak, but I only visited the north, by the shore of Lake Erie. On the other side is Canada, which I imagine is properly bleak and only gets bleaker, but what I experienced was enough for me. The temperature ranged from a low of -12.5C to the dizzy heights of -4C when the sun came out during the day. Properly cold. People here who complain about the terrible weather are just kidding themselves. In Ohio, it's a fact of life.

From what I can gather, the lake began to freeze in early December, and the ice has been steadily expanding and thickening since then. You might be able to walk to Canada, I don't know, but there is ice as far as the eye can see and it's a relatively shallow lake if that makes any difference. Some of you may have seen this in the press, and although I didn't go to Cleveland, a few miles west at Avon, I saw much the same thing, though on a smaller scale. The clear water in the second photo is explained by the presence of a power station at Avon. Practically the only waterfowl I saw had congregated there in this small ice-free zone, but everywhere else was frozen solid. 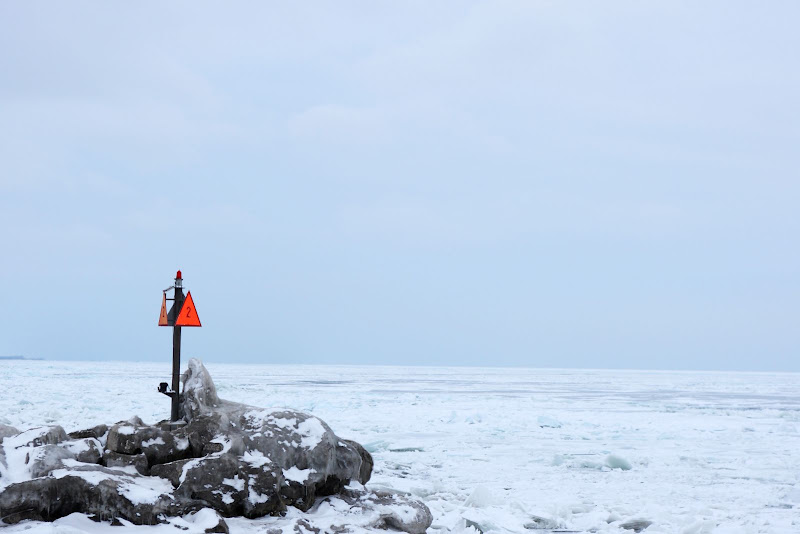 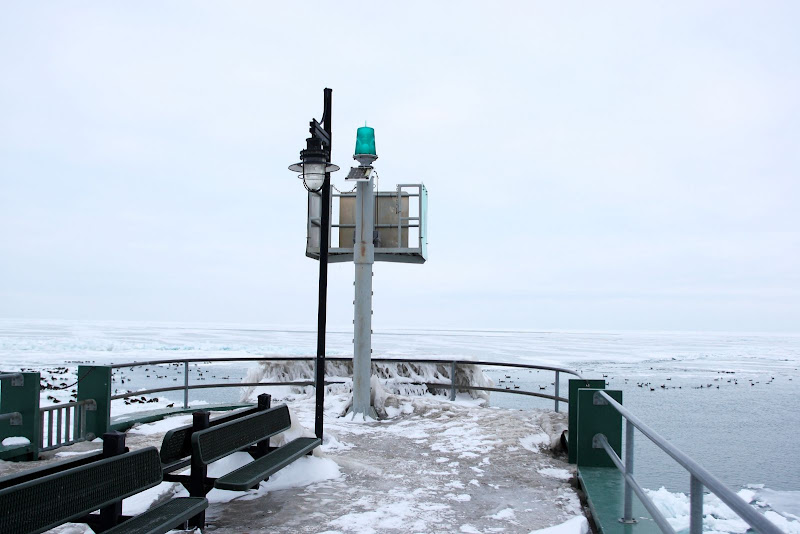 It was on the flight over that I realised I probably wasn't going to see many birds. Idly flicking through the Sibley, and looking at the range maps, it was clear that most birds do the sensible thing and head south. I'm not talking about the wood warblers and others that undertake the vast migration across the Gulf of Mexico, I'm talking about normal birds like Wood Duck and Red-winged Blackbird that you associate with being resident in America. They all leave too, and that doesn't leave much. 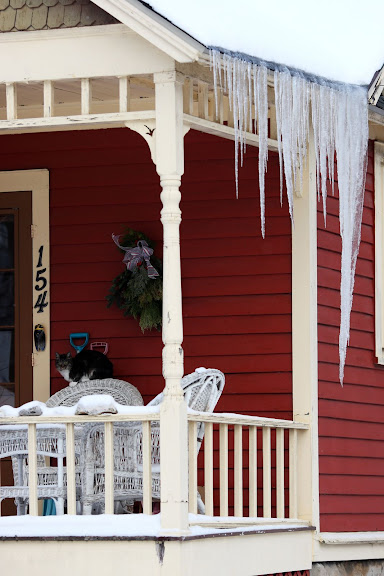 Why all the birds leave is a mystery. Hint: it isn't the cat.

But I wasn't going for the birding. As seems increasingly the case these days, I travel longhaul only for weddings and funerals, and this time it was for the latter. I may not have said, but actually I'm half American, and I have a lot of family in the US. In fact as the American branch are largely Mormon, it means I have a LOT of family over there, probably more than here if it came to counting. My Grandfather had died at the start of January, and so those of us in England hastily made travel arrangements and got on planes. He was extremely old and had been declining recently, so it wasn't unexpected, and I had made a last visit a couple of years ago when he was still himself. I've yet to go to a funeral that I've truly enjoyed, but this one was pretty good - he would have been proud.

Naturally I packed my binoculars and field guide, I could hardly call myself a birder and not, but I knew I wouldn't be seeing much as realistically there would be no time. I hadn't expected that in conjunction with this there would also be almost no birds to see anyway! Although I've lived in America as a kid, and been over there many times, my ABA list is around 120, which is a total you might expect to surpass on a decent spring day at a New Jersey watchpoint! I've just never been there with the sole aim of birding, and mostly birding has come very low on my list of priorities. Nevermind, my time will come I'm sure. 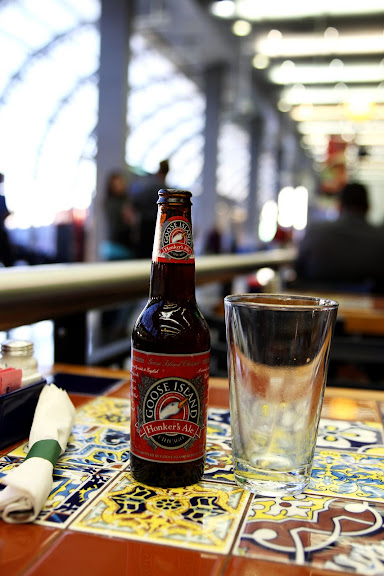 As this photo from Chicago O'Hare shows, I'm not a Mormon
Posted by Jonathan Lethbridge at 11:04