Who says June is rubbish?

There is a common misconception that June marks the start of the rubbish season for birding. Most birders have bought into this myth, and so give up birding after May. Generally the BP counter is at a yearly low following spring, and so birders who want to go birding again in August start doing all the jobs they should have done in April and May. Cue a frenzy of decorating, trips to the dump, tree-surgery and so on. Once the counter is approaching zero again - remember, zero is the highest number possible, positive doesn't actually exist - more than a few start looking at insects instead, and people who have paid good money for pagers to tell them about good birds start wondering why they have got a message about a moth.

Bucking this trend and forsaking the dump, I went birding yesterday, and it was fantastic (so another post not about Wanstead then....). My partner in crime for the day was once again DB.

Destination #1: Amwell, Herts.
Another tick for JL with a brilliant Marsh Warbler in full song. About 15 songs in fact - much fun to be had if you treat it like a kind of quiz - we heard Blackbird, Great Tit, Sparrow, Buzzard, Common Tern, Swallow, Reed, Sedge, and half a dozen others - incredible. Slightly elusive, but managed a couple of record shots. Record shots generally occur following the inept use of expensive camera equipment. 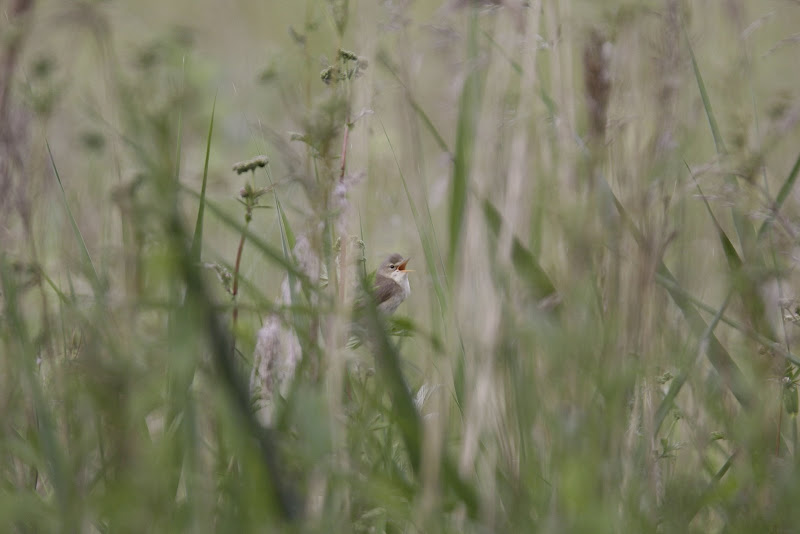 Destination #2: Minsmere, Suffolk.
Just down the road from Amwell is the superb RSPB reserve at Minsmere, currently hosting some Roseate Terns. Two happy year-listers found and ticked three of these pinkish marvels, and were also wowed by about about 700 Sandwich Terns. Photo withheld so as not to upset somebody called Martin.

Destination #3: Swanton Novers, Norfolk.
Adjacent to Minsmere is the well-known Raptor Watch-point at Swanton Novers. Two even happier year-listers bowled up, tumbled out of the car, and were instantly treated to a stonking male Honey Buzzard "giving it all that" for about twenty minutes. More shots for my collection of "Raptors in 100 pixels" were obtained. 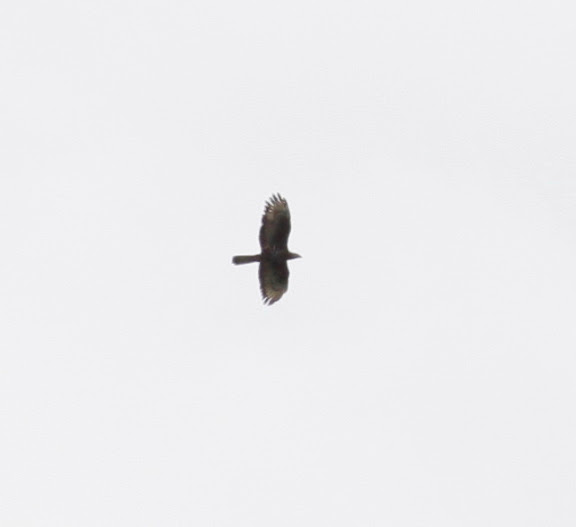 Destination #4; Cley, Norfolk.
A long drive saw us finally reach the hallowed East Bank at Cley. Two proper birders walked down to the shingle ridge and, alone, located the summer plumaged male Snow Bunting. Actually we were not quite alone - a local photographer turned up after we had been vainly searching for about half an hour. We explained that it had been seen earlier, and was indeed a summer male, but no sign since. His comment was a very matter of fact "we need to find that then". Too bloody right - a ridiculous record for Midsummers Day, and a fabulous bird to boot - why there weren't hoards of birders combing the shingle for this delight is beyond me. The three of us plodded up and down for an hour not finding it, and got diverted by confiding Oystercatchers. On the point of giving up, on what we had promised ourselves was our last trudge, I thought I saw it on the seaward side. Given all my previous excited shouts, without exception, had been for Ringed Plovers, I can forgive DB's scepticism, but this time it actually was the bunting. So we waved to Mr Bhalerao (btw, he took that photo of the Shrike on my scope last year), and spent a happy hour taking far too many photographs of this little stunner. Whilst the majority were obviously record shots, some actually worked, and are presented here. Far too many actually, but it was a great bird, inexplicably not seen by enough people, and has now gone, so I am performing a public service. 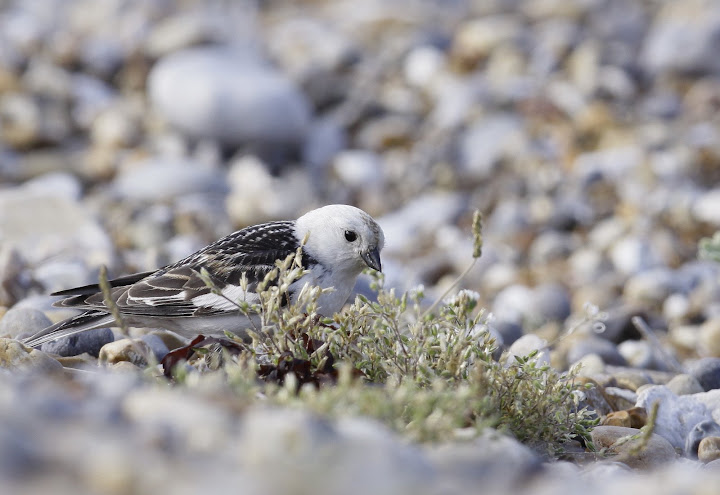 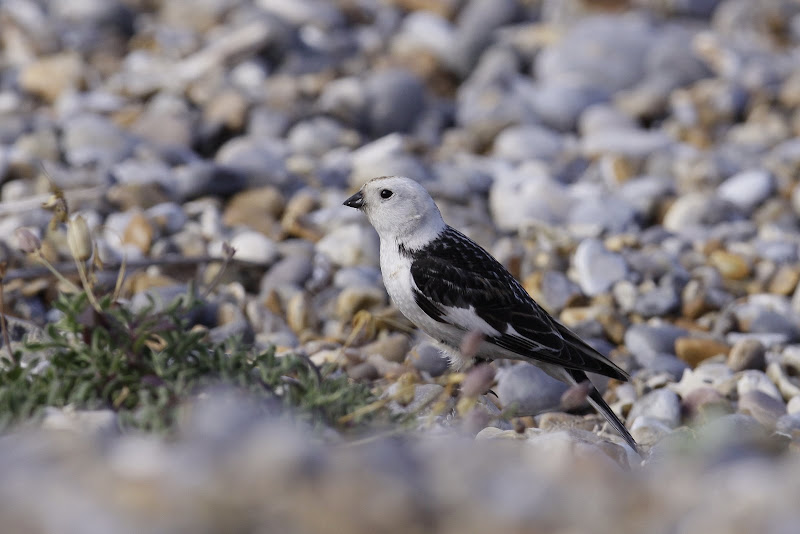 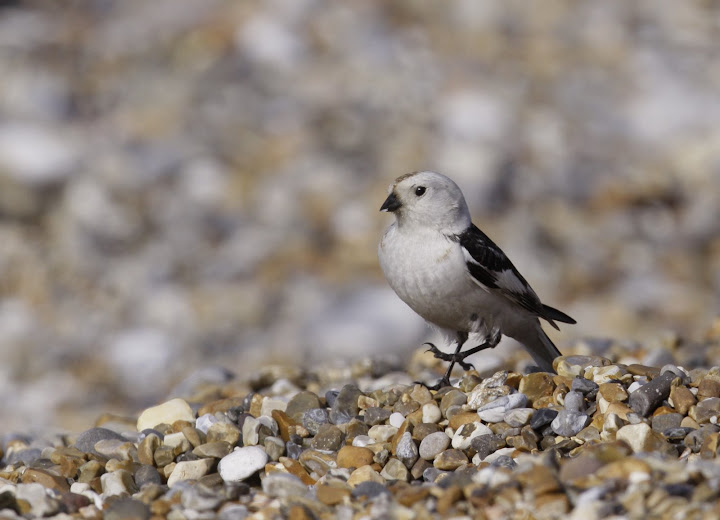 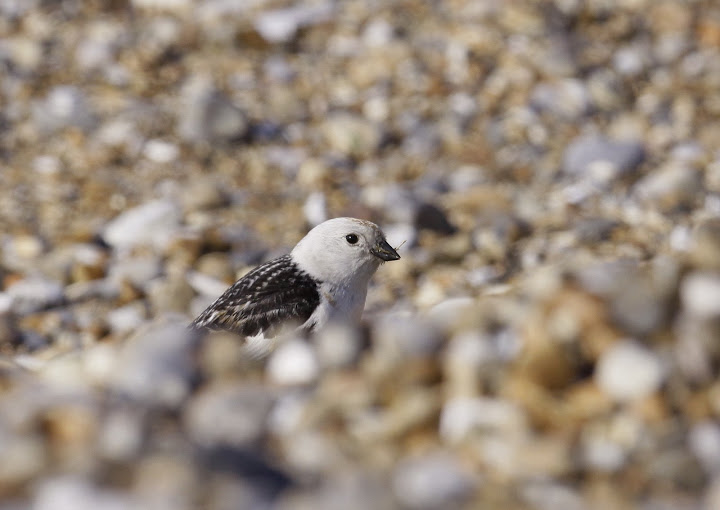 Destination #5: Orford, Suffolk.
On the way back to London from Cley lies the picturesque coastal village of Orford. Two year-listers, recently birders, had simultaeneously received a pager message about a Woodchat Shrike. Seeing as it was barely out of our way, we decided we might as well go and have a look, though we took the precaution of calling our wives in case we encountered heavy traffic and our journey home took several hours longer than expected. We arrived to find that the bird had recently been flushed some distance by a Barn Owl, so we went looking for it. Whilst I strung every kind of bird imaginable, except Canada Goose, into the Shrike, Bradders eventually found it back where it had been previously. Against the setting sun, in a wonderfully milky, hazy, soft light, with specks of backlit insects, the Shrike sat on a fence, dropping down to feed every now and again. A superb end to a cracking JUNE day.

So who says June is crap then? Not me. Marsh Warbler, 3 Roseate Terns, displaying Honey Buzzard, summer-plumaged Snow Bunting, Woodchat Shrike, and nary a butterfly seen. I call that a result.

NB. Despite the relative proximity of all the above destinations, we spent quite a lot of time in the car. This is easily explained however by the fact that it was Sunday, and that there were therefore loads of Honda Jazz's on the road. Shit cars for shit drivers. 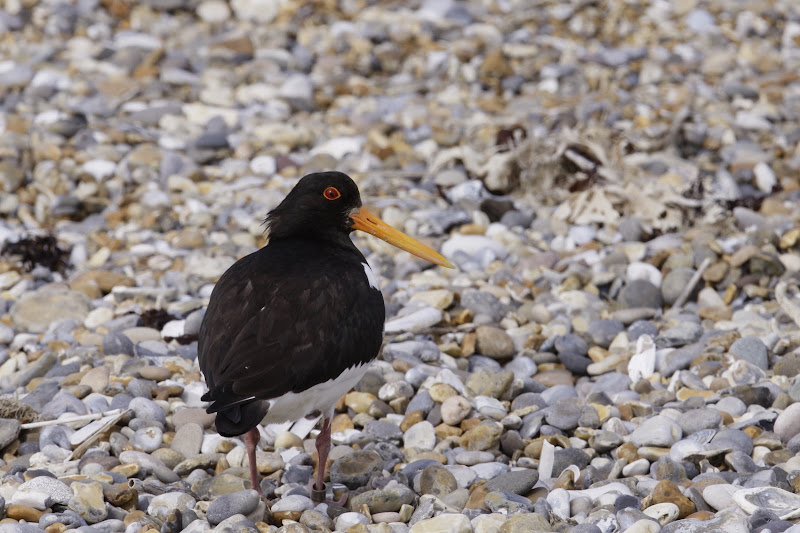 Posted by Jonathan Lethbridge at 16:22

Labels: Day Out, June is Rubbish