As a birder, it is important to brainwash your children from an early age, so that they come to understand dashing out of the house with bins and scope in order to see a bird you have seen loads of before, but in a different place, is entirely normal, and not at all the behaviour of a obsessive weirdo-freak.
My kids are aged 5, 3 & 1, and the number of birds they can ID beggars belief. IF they stick at it, they will all be far better birders than me by about aged 8, possibly earlier. Of course the likeliest outcome is that they will all HATE BIRDS FOR EVER, so I should enjoy it while it lasts. Mrs L thinks that at least it is better than TV. We do have a TV, although I can't remember why, as we never watch it. So whilst my eldest does join in all the playground Spiderman (or whoever) games, he doesn't actually know who Spiderman (or whoever) is. But he does know what a Bald Eagle looks like. And a Lammergeier. Most birds of prey actually - he sits in the car reading the Collins on the way to school, and he regularly goes to bed clutching an RSPB Osprey (and cruelly, a cuddly salmon, just in case the Osprey should feel peckish in the night). The middle one, meanwhile, is obsessed by Lapwings, and more recently, Capercaillies. She can nail them on sound instantly, and is eargerly learning others. The youngest, who may yet turn out to be the one who follows in her father's footsteps, can ID Robin and Pigeon, and can say the names of many more. The current stand-out favourite is "Owol". This is not, as many of you will be thinking, Owl, but in fact Golden Oriole. Quality birds in the Lethbridge household. She can't go to bed without Owol now, and we hear lovely flutey calls emanating from upstairs well past 9pm on some evenings. 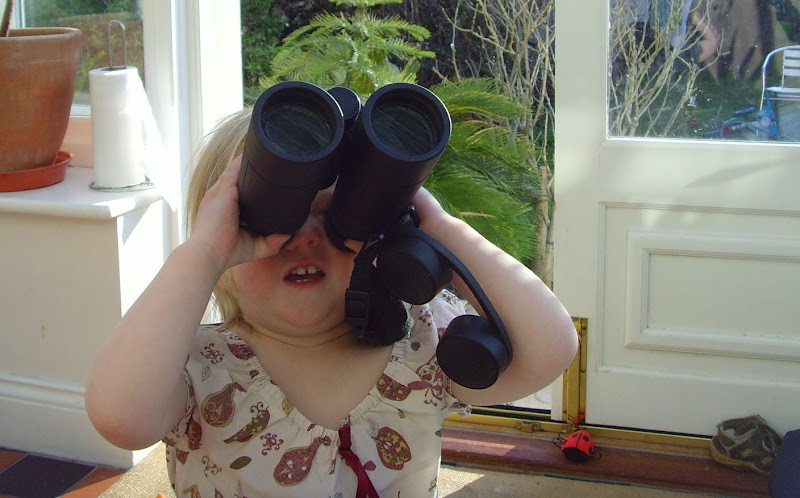 Does this constitute child abuse?

Hot news from the patch is that I have been sitting in the garden a lot. This has been most fruitful, as a Rook flew over last Sunday, followed by three Linnet on Tuesday. Both were garden ticks, and the Rook was a patch tick. If I were obsessed by listing like some birders, I could tell you that it was the 95th species I have seen in Wanstead, and the 46th for the garden. And that the Linnet, whilst not a patch tick, was a patch year tick, and at #84 is the bird that beats my 2008 total. But I am way cooler than that, so I won't.

Posted by Jonathan Lethbridge at 21:01