I travelled to Istanbul in April this year for a city break, but a boat trip up the Bosphorous during the spring migration convinced me to immediately book an autumn trip for the return passage. The flights are cheap, the country cheaper still, and there would be loads of possibilities for quality birding. As the date approached I started to wonder what to do - a quick check of eBird suggested a glut of lifers in the mountains south of Kayseri, with a number of others further south-east towards Syria. With another day I might have been tempted to try for these, but with limited time as well as various security concerns I decided not to push my luck. There would be plenty to see and it was already a lot of driving.

Mick and arrived at about midnight on a Friday night with a full five days ahead of us. The only concrete plans were a pre-booked jeep trip up into the Aladaglar Mountains to try for Caspian Snowcock, and a deep need to get in on the autumn passage action over the Bosphorus. We awoke bright and early on Saturday morning and headed east.... 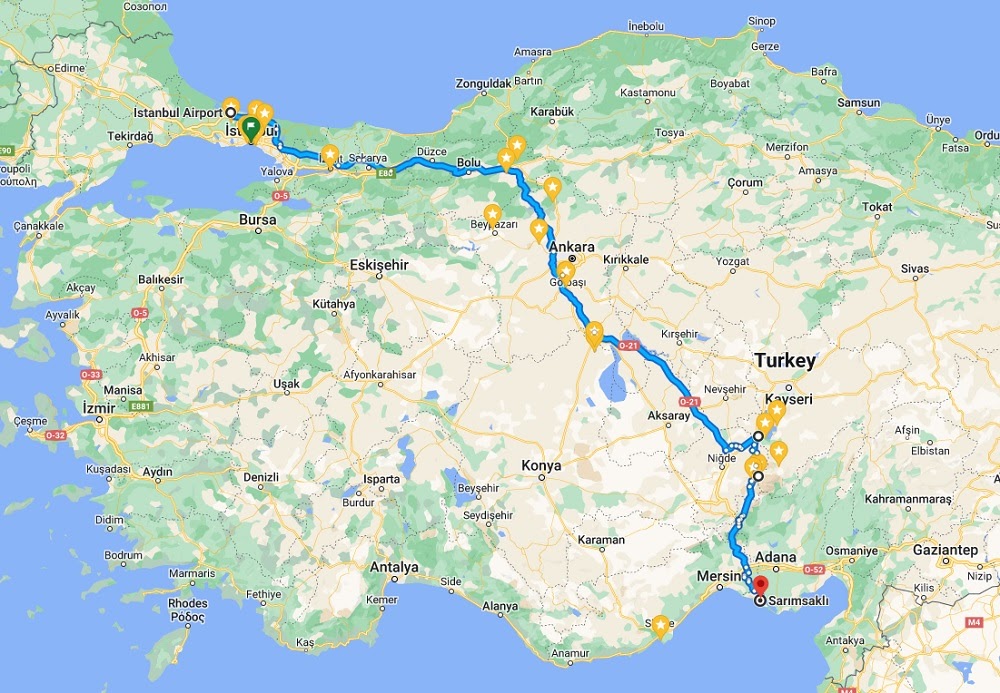 Itinerary
Day 0: Landed at IST at around midnight. Hotel shenanigans meant we didn't get  to sleep until gone 1am.
Day 1: Early morning headed east, first stop Izmit, the eastern end of the Sea of Marmara, followed by various stops towards Ankara primarily in mountain habitat looking for Kruper's Nuthatch. Overnight just north of Ankara.
Day 2: Morning at a wetland site, Mogan Golu, and then saltpan habitat looking for Larks and Sultansazlig. Overnight in Aladaglar NP.
Day 3: Morning jeep trip to the Arpalik Plateau around 2200m to search for mountain specialties. Afternoon excursion down to the Mediterranean coast near Mersin to boost the trip list.
Day 4: Morning in the mountains, and then an immense drive west to Istanbul. Overnight in Riva.
Day 5: Vizmig from the eastern side of the Bosphorus at a watchpoint called Toygartepe. Immense. A quick stop on the Black Sea coast before an evening flight back to London.
Posted by Jonathan Lethbridge at 12:45