Another early start, this time to try and chase down a Common Poorwill in a nearby canyon before sunrise. Somewhat amazing this actually worked, with the characteristic call being almost the first thing I heard at Tecolote Canyon at around 5.40am. A Great Horned Owl floated past as I was walking up too - a great start to the day. As the sun came up various bird started to sing from the hillsides, and eventually I managed to pin down California Thrasher and Northern Mockingbird. Despite a slight feeling of being hemmed in by the urban sprawl on either side - housing to the north, where the Poorwill was calling from, and the University of San Diego to the south, I had the place to myself for a decent while.

Eventually the first joggers and walkers of the day started to appear and I beat a retreat to a spot of breakfast down towards the Otay River - Huevos Revueltos con Chorizo, magnificent. I had unfinished business on the Bayshore - a vagrant Little Stint that I had managed to miss on a earlier visit, no doubt hiding in with the Least Sandpipers. Turned out that I had not been in the right spot and had been scoping a different lagoon. A short distance along the bike path I discovered a much closer sand bar with a good selection of waders on it , including American Avocet, Black-necked Stilt, Grey Plover, and lots of small peeps, including one that looked pretty good amongst the Westerns and Leasts. I also noted quite a few Wilson's Phalaropes , not sure how I missed them, and a very distant pool had hundred and hundreds of Black-necked Grebe in a tight flock. It is an incredibly rich environment at this time of year.

Continuing in the spirit of cleaning up, I headed to Tijuana Beach to try and find the Flamingo and the Baird's Sandpiper. I got the latter, right at the end near the river mouth, but if there were any Flamingos they were doing a good job of hiding. I had a paddle in the Pacific and mucked about with Snuffi for a bit, reflecting on how fortunate I was. There are a lot of people around here that cannot say that - homelessness was rife in downtown San Diego. And as you head south there is one thing that you cannot avoid - the immense wall. From the beach where I was enjoying the surf I could see the border and the crazy security operation designed to keep Mexicans out of America. The fence, tracks, cameras, jeeps, quadbikes and presumably a lot more besides. A plane, probably with an array of detective equipment in it, droned constantly high overhead in a steady pattern. On the other side of the river the fence, Trump's 'beautiful wall', continued across the beach and well into the sea. You have to ask if it is worth it - the majority of the people I saw were hispanic anyway, and every single place I ate at was run by them. In fact the food was universally fantastic and I ate Mexican all the way. 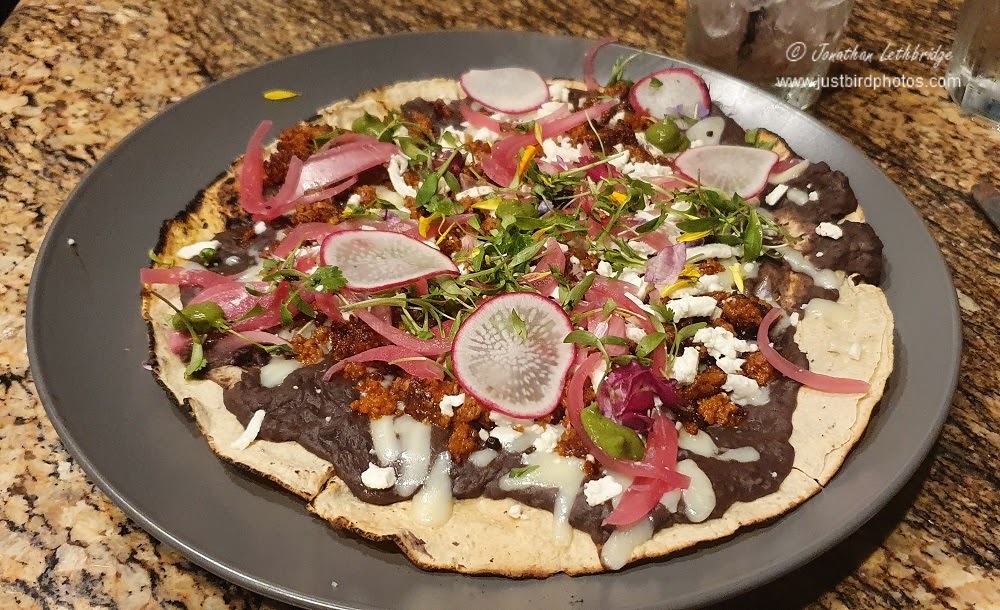 By now it was past midday and with an evening flight from Los Angeles I had to make a bit of distance. But the birding was not over! I found a fabulous spot called the Oso Creek Trail in Orange County - again hemmed in by housing but full of birds. Here I finally found a Black-throated Grey Warbler, a magnicent male that I could scarcely believe was real having resigned myself to not seeing one on this trip. A nice selection of plastic was also present, with Pin-tailed Whydah and Scaly-breasted Munia. Along with all the Parrots I had seen I was starting to feel a little self-conscious, so to make myself feel better I used eBird to find both Egyptian Goose and Mandarin Duck on my way back to LAX. The lists seem to accept them all, I have no idea why and it is faintly ridiculous. 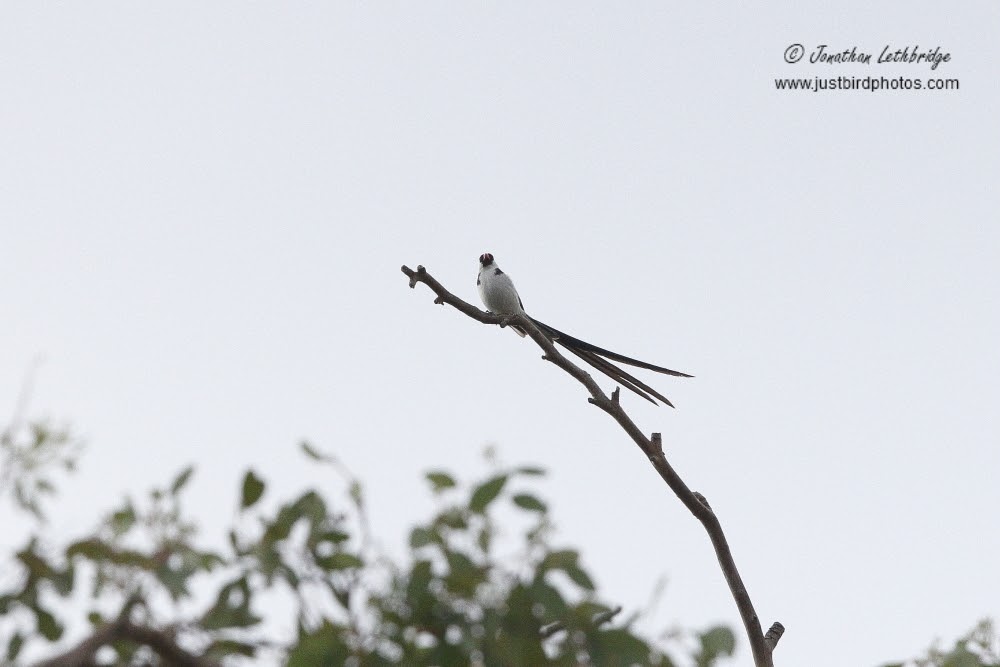 The Pacific part of my trip was done- California had delivered 136 species in yet another whirlwind tour, including 23 ABA lifers. When I set off my expectation was for perhaps a dozen, 16 if I was exceptionally lucky. I love birding in America, the last three days had been pretty wonderful, but I was not quite done with this trip...

Posted by Jonathan Lethbridge at 18:48