Travel is not a breeze 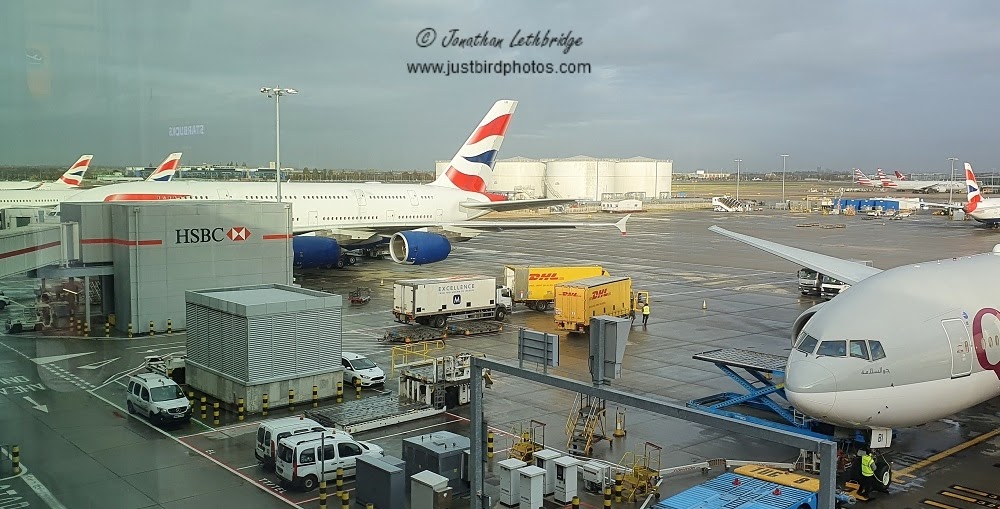 At the end of last week I tried some experimental travel - my first trip abroad since March 2020. I have tons of holiday I need to use, over 20 days by the end of the year and I had to do something. The alternative was simply to lose the holiday. No thanks, I work too hard for that, and the number of days I have not worked this year have been pitifully few. I was supposed to have used some of it last month on a family trip to America but COVID put paid to that. Undeterred I tried again, and I am pleased to say that I have now successfully visited another country.

Madrid was the destination, not a long trip, but rather a test to get back in the swing of things, to see how it all worked in what I am calling the endemic era - to be clear not the pandemic era. There is undoubtedly a pandemic still, but in my opinion all of the restrictions and extra hurdles that have been thrown up are here to stay, and passengers like me have to navigate through all of it on their own. This is the era of tests, forms and QR codes. Every country has different requirements, which vary depending on where you are coming from, whether you are vaccinated or not, and sometimes even which vaccine you were given. Some countries require that you take a PCR test, something I can't do for another 80 days. Some countries require a specific insurance policy in the event that if you catch it you are not a burden on their state. Finding a combination which works for your particular circumstances seems a rare alignment, but reading the rules on Spain suggested it was possible for a vaccinated Brit. And that they would even accept the NHS digital certificates. Easy!

Let me walk you the process in case you have not tried this yourself. Remember that Spain is one of the easier countries - you don't even need a pre-flight COVID test if you are double jabbed. Before you can check in to your flight you have to upload various documents specific to who you are and where you are coming from, and it turns out Spain does not simply accept the NHS pass. Rather, you have to download a specific Spain health app that will generate its own QR code. Without that QR code you cannot do a thing, so you have to register for an account, which means a bit of back and forth with verification codes sent to emails and so on. Then you fill in a load of information to create your account. Once you are 'in' , and bear in mind this has probably taken you a good 20 minutes so far, you have to "create a trip". Here you have to list your exact flight number and seat number. Then you have to put the street address of where you are staying. Then you have to upload you health status. This is the first thing that broke. In theory this should just accept the NHS digital certificate, but in my case my NHS app has now granted me an additional QR code. Previously I had two, one for each vaccination, but now I have a third called "Proof of Recovery from COVID". The Spanish App was looking for a very specific number of QR codes. Two. Not three. I thought I might get it to work with just a screenshot of the two vaccination codes, but alas no. Faffing about with this took another half an hour, and in the end I hand to do a "no proof of vaccination" version of the form testifying as to which vaccines I had had and when. To my surprise this allowed me to complete the process and a short while later I got sent a QR code which I was able to upload to British Airways. This then had to be verified at their end... By the way don't think that you can simply do this a fortnight in advance in a nice relaxed manner. You can't do the final steps until 48 hours before the flight leaves. 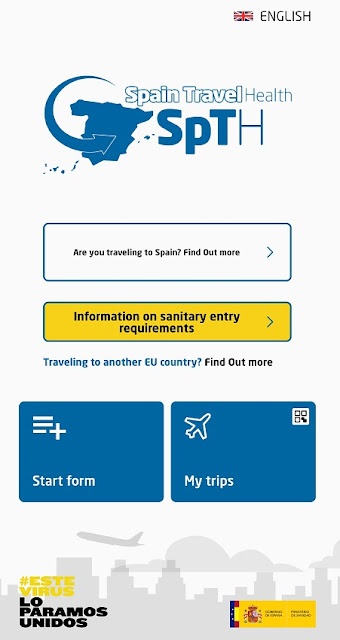 Then there is the small matter of the return trip and being admitted to the UK. You would think that as a UK citizen this might be a little bit easier, and in truth it probably is but that isn't saying much. First I had to register for a UK.gov account. This is different to whatever I use for HMRC, different to how you apply for passports and driving licences, and different to the NHS. Once you have an account then you are in a situation similar to the Spanish app. As with Spain you can't do this a nice long way in advance, the 48 hour rule applies. My trip was short enough that I could do this from home before I left, but anything longer and you will have to do this from wherever you are, and it will be a lot more fiddly on a phone. It is called a "Passenger Locator Form" or PLF, and it requires different things depending on your vaccination status. It did happily accept my NHS QR codes, but then it wanted a code for a "Day 2" test. This at least is an antigen test that I can probably take OK, but it required looking at an immense list of suppliers and trying to work out which was a bona-fide healthcase organisation rather than a mate of Matt Hancock's pub landlord. To be fair they are all probably beholden to the Tories in some way, but I chose one which was cheap and didn't have too many spelling mistakes on their website. £17 later I was in possession of a code that the form needed to progress, and this allowed me to generate yet another QR code. For this one trip this meant I had 5 QR codes....but it looked like I had what I needed to travel.

Like I said, easy. I just needed a credit card, an email address, a smart phone, three apps, four logins, and an hour and a half of free time. In theory I also needed access to a printer as there were various suggestions that I needed to print quite a lot of these things. I didn't bother, and at no point was I ever asked for paper versions. And then whilst sat on the plane to Madrid I was given a double sided A4 form to fill in, so you also need to remember a pen. As it happens I did have a pen, and whilst it appeared to be an almost exact dupe of the information I had filled in on the Spanish App I completed it anyway. One of the questions was whether I had received a negative PCR test 72 hours before travel. Brilliant, how consistent. I answered "no" and left it that, suspecting that nobody would want the form anyway. Which they didn't, but take a pen regardless. My entry into Spain was seamless. The usual passport control - post Brexit a longer walk and entirely manual - and then funneled out via a series of tensa barriers to a bunch of people wanting to scan your Spanish health QR code. Predictably I gave them the wrong one and a big red flight flashed. Soon rectified though, and I was free to wander the streets of Madrid. The whole of Spain in fact should I have wanted to.

I'll cover what I actually did in Spain later, this post is all about the fun process of travel at the moment. So, the return journey....Despite having entered my PLF I was unable to check-in on the airline app and had to present myself at actual check-in, something I rarely do as I am nearly always without a suitcase. The entire flight was in the same situation by the looks of the queue facing me at Barajas. As you can imagine from all I have recounted so far, many of them were woefully unprepared, particularly transit passengers to the USA it seemed, most of whom had not realised they still needed a PLF nor indeed some app called VeriFly. After 45 minutes or so I eventually got to the front (and this was the fast-track line!) where my PLF and NHS digital certificate were checked I was given a boarding card. 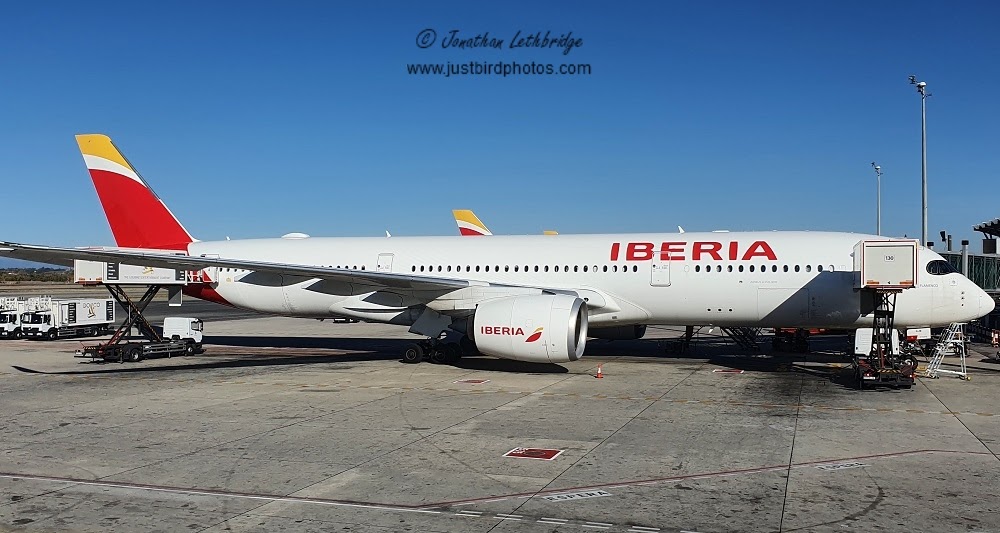 The saga does not end there btw, it continued at Heathrow. My passport won't work in the eGates as the chip is broken, and I always have to go and see a Border Force Officer. Some of them don't care that my passport is totally knackered after nine years of living in my pockets, others go to town with torches and loupes. This was the "other" experience, and after ten minutes of scrutiny at the booth a superior was summoned. He had a slightly larger magnifier but was still unable to satisfactorily verify that my passport was kosher. I gave him my driving license as well but he still wasn't happy, and after another ten minutes took it off to an office where presumably they had an electron microscope. Ten minutes later he came back, pronouncing that the passport was "just a bit tired". So was I. I suspect that has I been able to use the eGates it may have linked up my PLF, but the personalised version also wanted to see my NHS App to prove my vaccinations.

So there you have it, this is travel in 2021 and probably the forseeable future. Are you put off? I confess that I am. I know how to get to Spain now, but each and every country has different requirements, and these can change at any moment depending on what each country thinks of the other's COVID situation. Gradually I suppose that it may become less clunky, and of course we will all learn what to do through experience. After all, remember when we all had physical airline tickets, with multiple carbon copies that were ripped out of a little booklet as you progressed through the trip? When online check-in and apps came along I suspect that people were equally flummoxed. But we soon got used to it, and in time we will probably get used to this. But for now it is not straightforward at all, and what I used to find a painless experience is now a right pain in the backside. Will I ever travel as I used to? On this showing, almost certainly not.

Posted by Jonathan Lethbridge at 12:29