I popped out early to explore the hotel grounds but I did not have much time as we were headed to Carara NP and wanted to arrive before everyone else. This was only a short distance from Villa Lapas and rather than start at the main reserve we drove a little further to try a different trail. Mainly this was because Leo had gen on a Royal Flycatcher and there was also a Manakin lek here; in the event we saw neither though we did hear the clicking and whirring of the Manakins very clearly. 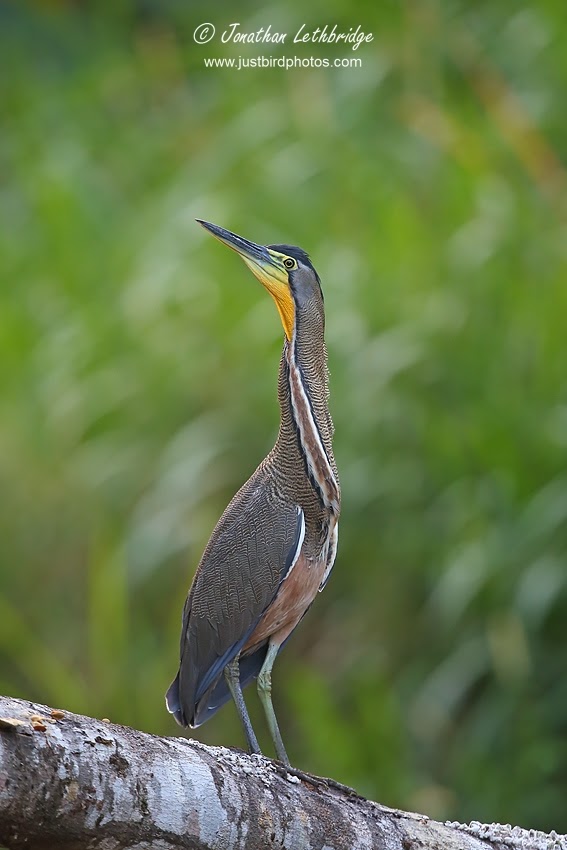 We returned to the main car park after about an hour and proceeded to walk the main trail that initially heads off parallel to the main road. The trail is paved and very easy going, and we were into decent birds immediately. Highlights included a Steak-chested Antpitta which we gradually tracked down thanks to its subtle whistling call. Incredibly difficult to get a decent view, even harder to get a photograph - I managed the bottom half of it.... In fact today was very hard work with the camera, having spent much of the day in the forest, and I have little to show for it. 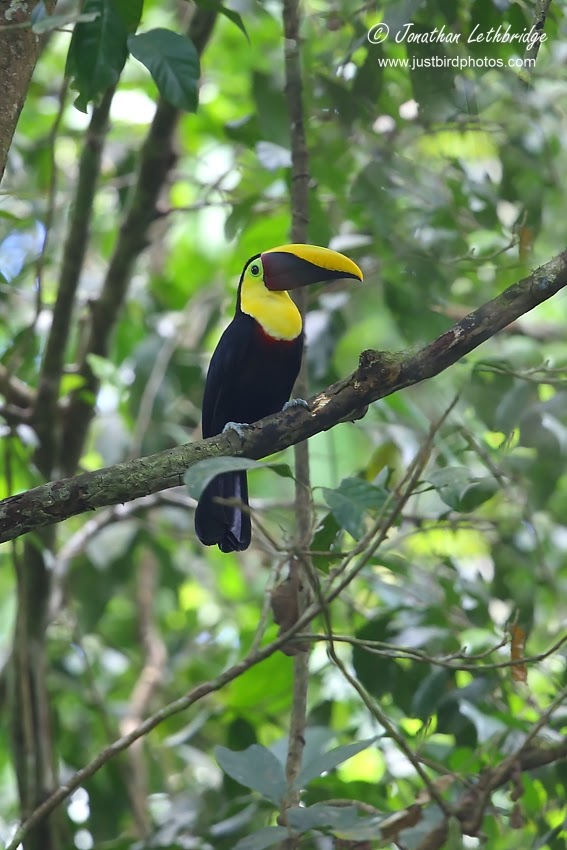 The best area was close to a stream that was known for attracting birds in to bath during the hottest parts of the day. This proved to be exactly the case, with three species of Mannikin (Blue-crowned, Orange-collared, Red-capped) seen in quick succession, views of a very skulky Riverside Wren, and then some truly amazing views of Great Tinamou a short while later. Another treat was a Crane Hawk attacking some kind of food source in a tree trunk, oblivious to us watching it.


A special bird in this area is the Black-faced Antthrush but unfortunately whilst we heard several calls the bird could not be persuaded to show. White-whiskered Puffbird showed well, but Golden-crowned Spadebill was a lot harder - tiny and shy! We continued birding the forest of Carara all morning in high temperatures, finally making it back to the car early afternoon – after lunch back at Villa Lapas, and in the absence of a bird feeding station here, I lolled in the pool with a beer while Bob had a snooze.


Mid-afternoon we returned to the chase, birding first the mouth of the Tarcoles river where we cleaned up on waders, herons, Spoonbills and egrets – nothing new from my perspective but all vital for the trip list. We also had excellent views of a Black (Mangrove) Hawk. We spent the final part of the day in the mangroves here. Panamanian Flycatcher was a good find, and after watching all of the Scarlet Macaws heading to roost we were treated to a fly-by Grey Hawk, Streak-chested Woodcreeper and Lesser Nightjars hawking over the river.


Our trip list was now at 386 which surpassed all expectations for a 6.5 day trip. We thought that 300 would be a stretch target but we simply did not understand the biodiversity in Costa Rica/ Could we get an additional 14 before we left and therefore crack 400? We had one final morning before a mid-afternoon flight from San Jose back to London.