In December 2017 I went on a fantastic five day trip to the Western Cape of South Africa. I had never been before and having now sampled the avian delights it has to offer I cannot understand why it took me so long. Mick S and I notched up 185 species in less than a week and we didn’t even try that hard, prioritising photographic opportunities over pure birding. Of those species, around 130 were lifers, ie that big Ostrich-shaped gap on my IOC list is now filled.

Itinerary
Day 1: Arrival into CPT, guided birding Kirstenbosch BG during what remained of the morning, and the Strandfontein water treatment plant in the afternoon
Day 2: Early start for dawn near Koeberg and the rest of the day in the West Coast National Park. Guided.
Day 3: East to the Hottentots for Penguin and Rockjumper amongst other things. Guided.
Day 4: Self-drive to the Overberg area, overnight at De Hoop Nature Reserve.
Day 5: Birding De Hoop before overnight flight back to London. 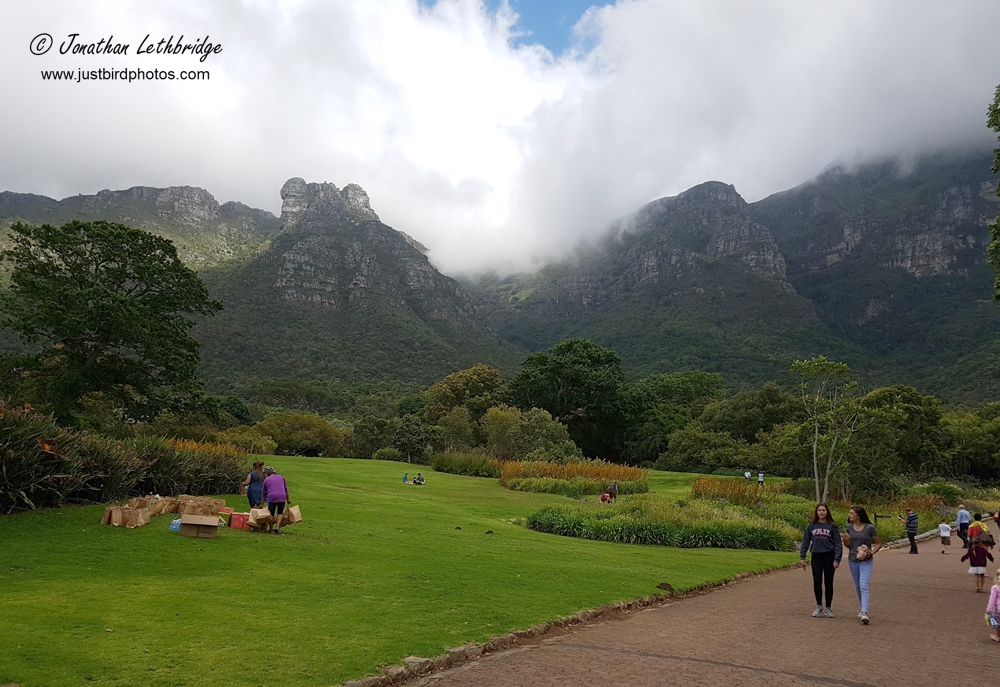 Day 1:
I think I managed about 5 hours sleep on the way out – not as much as I was hoping, but the evening dinner service and its associated clatter takes quite a while, during which all the lights are on. And then they turn the lights back on for breakfast about 2 hours out, leaving only just over half of the flight undisturbed.  Still, I did not feel too bad and SA is a non jet-lag destination so all good.

We were met at arrivals by Otto from Birding Africa – he took us in his car to Newlands where we picked up our own vehicle, a Nissan Quashqai, and followed him the short distance to Kirstenbosch Botanical Garden. Within two minutes we were face to face with a Spotted Eagle Owl! These are actually quite common as it turns out, but as nearly the first bird we saw we were very impressed indeed! Heading into the gardens proper we soon began to increase the list. Kirstenbosch has been planted with a vast array of indigenous plants from the Fynbos and beyond, and whilst the peak flowering season had passed, there were still plants in bloom and thus we picked up Southern Double-collared and Malachite Sunbirds very quickly, as well as the much-wanted Cape Sugarbird – whilst the Sunbirds were past their best plumage, the Sugarbirds still looked magnificent and we devoted a fair bit of time to photography. 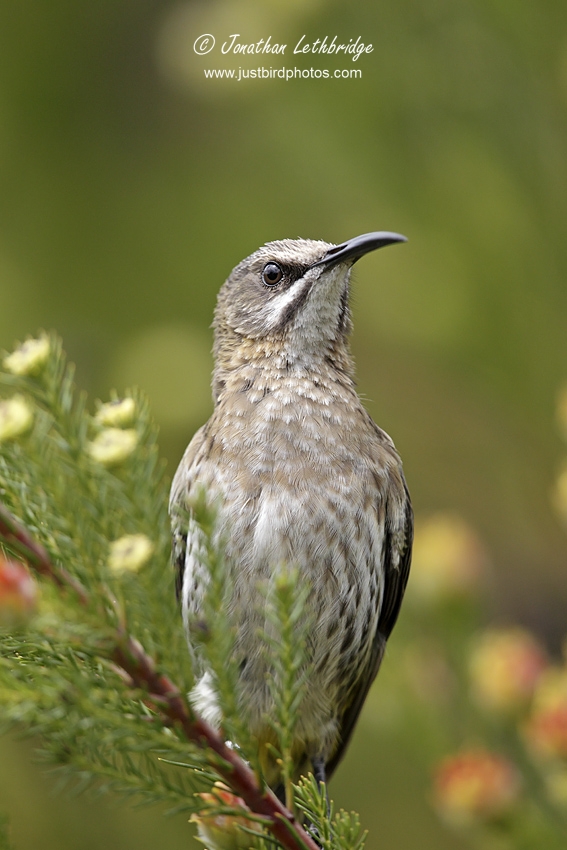 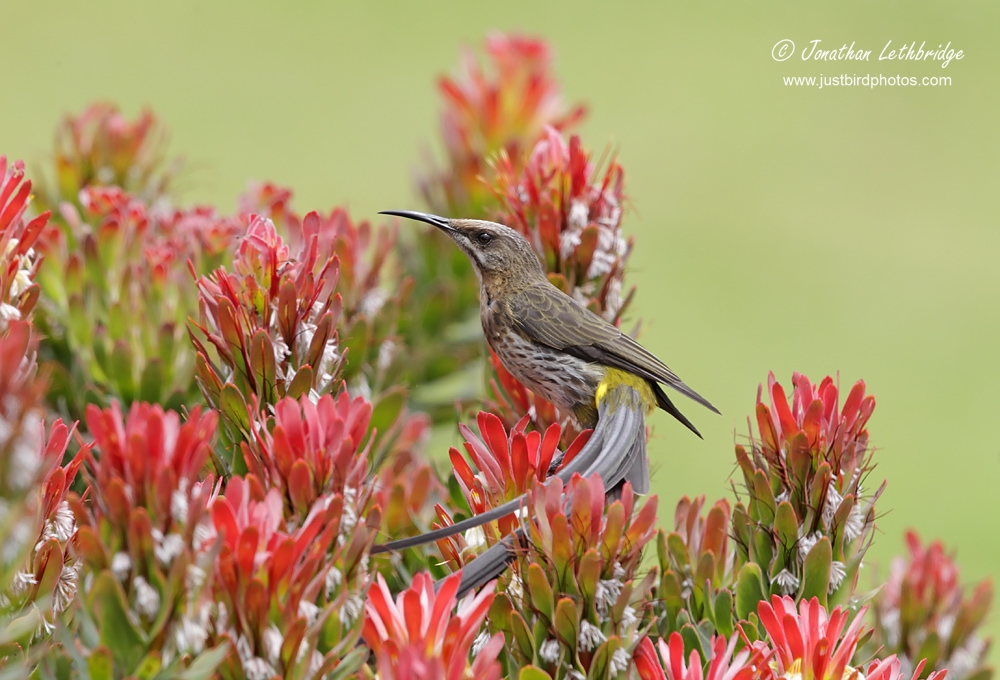 Other birds seen in the garden included pretty tame Hadada Ibis, Cape Spurfowl, Helmeted Guineafowl and Red-eyed Dove, whilst tracking down a Southern Boubou and a Pin-tailed Whydah took a little longer. Cape Canary, Red-winged Starling, Cape White-eye and Cape Bulbul were common, and Egyptian Geese were literally everywhere! But most of all it was the sheer setting that amazed me – Table Mountain towered above us (a path to the top starts here) and the further up into the garden we progressed the better the view of Cape Town below us became.

We had lunch at the café here before setting off to Strandfontein Water Treatment plant on the south side of the city. This was birding at its best – the lagoons were teeming with birds including almost all the expected ducks. You are able to go right in and simply drive around the dirt tracks that border each pond – in the UK nanny state this would have been deemed a huge health and safety issue years ago and the whole place would be out of bounds. We found Mick’s first Hartlaub’s Gulls here, and whilst conditions were not brilliant for photography he did ok – see here. Blacksmith Lapwing were abundant, and there were some large flocks of Greater Flamingos with a few Lessers out in the middle of one of the larger pans. Waders were everywhere too, mostly Little Stints but also Avocet, Black-winged Stilt, along with a handful of Curlew Sandpiper, Marsh Sandpiper, Greenshank and Three-banded Plover. Raptors were good too, with African Marsh Harrier, and African Fish Eagle, and best of all several Black-winged Kites – this is rare in a European context but proved to be the most common raptor of the trip and we got excellent views. On the passerine front Cape Wagtails were everywhere, and Levaillant’s Cisticola and various warblers were in the reeds calling away.


As we left we were treated to both Water and Spotted Thick-knee, and as the sun set we headed back towards Kirstenbosch and our accommodation. I had booked a table for dinner in close-by Claremont, and so at 8.30 on our first day we were celebrating with some nice food and a list of nearly 100 birds – the overwhelming majority of which were lifers. We could not overdo it however as our next birding adventure started at 4.30am the next morning.