Day 3:
A lovely lie in this morning meant I was mentally ready for what lay ahead – i.e. Penguins! Campbell met us right on time and we drove east across the Cape Flats, through Someset West and Gordon’s Bay and around the coast to Rooi-Els and Betty’s Bay – a spectacular drive. Our first stop was the Harold Porter Botanic Garden to try for Cape Sugarbird images in the morning light – usually the trip would start with Cape Rockjumper but we decided to reverse things. 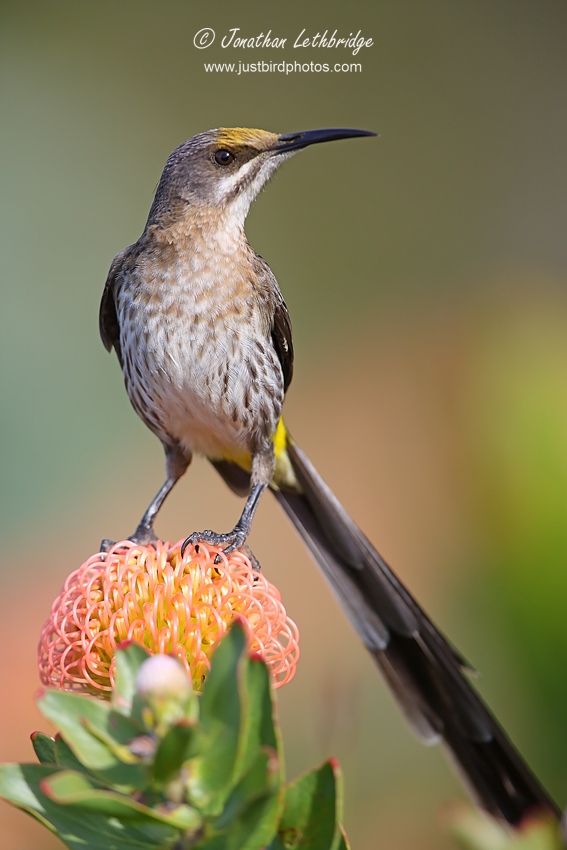 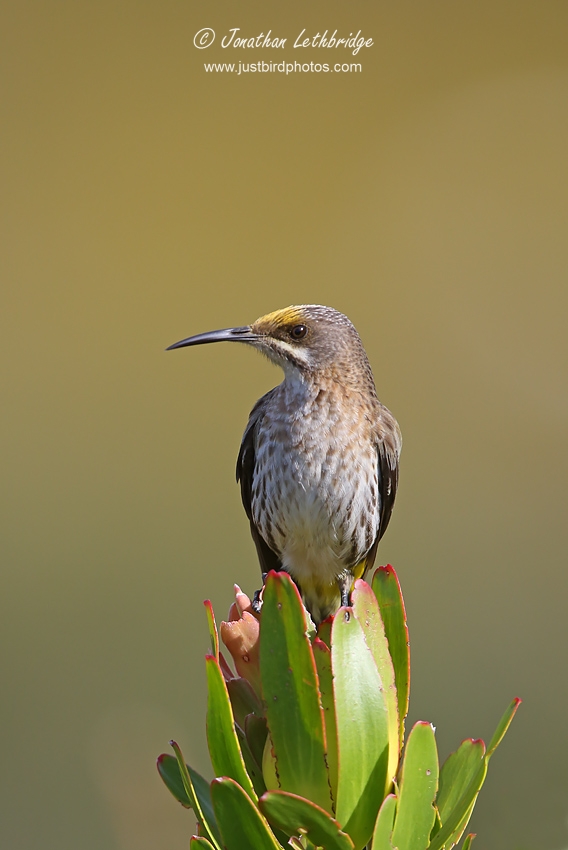 The garden is wonderful, a real showcase of native plants, and much more relaxing and less-crowded than Kirstenbosch. It lacks the spectacular backdrop and wow factor, but as a location for birding I thought it was a lot better. We took photos both on the slopes above and in the garden itself, and came away with decent ones of both the Sugarbird (which were plentiful) and also Cape Grassbird. We also saw our first Orange-breasted Sunbird, plenty of Southern Double-collared Sunbirds, Malachite Sunbird, Fiscal Flycatcher and various Canaries. Plenty of Cape Siskin here, as well as another species of Cisticola, the Neddicky. There was also a troop of Baboons! As the day became hotter we sought the shade of the forest, taking the path up one of the two ravines to a waterfall. Here we encountered a whole new suite of birds, including African Paradise Flycatcher, Ground Woodpecker, Blue-mantled Crested Flycatcher, a sadly invisible singing Victorin’s Warbler, and best of all Cape Batis feeding a recently fledged Dideric Cuckoo. We had totally ignored the youngster for a while as we were concentrating on the wonderful Batis, until I suddenly realised that the chick was quite a lot larger than the parent. A closer look through the foliage revealed banding and some green plumage coming through! 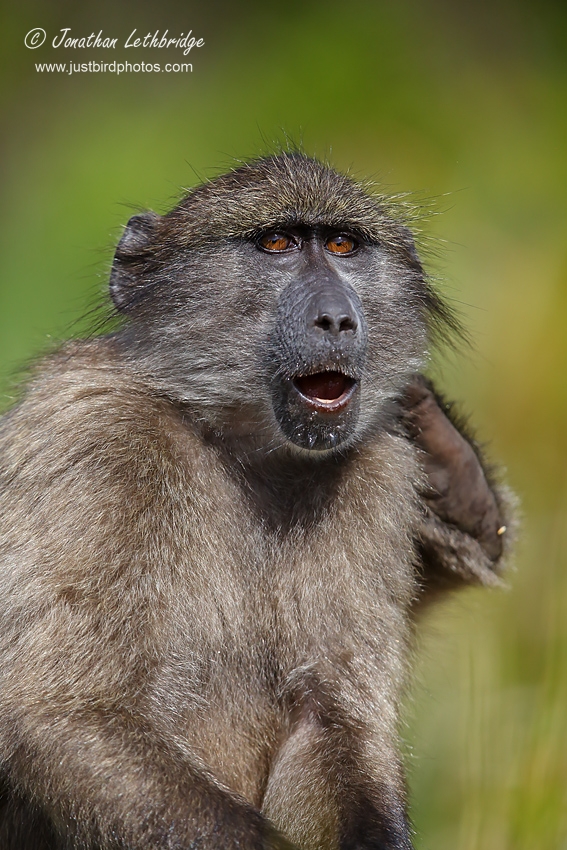 After a relaxing lunch at the visitor centre – Birding Africa really do have their locations all worked out – we drove the short distance to what would be, for me, one of the highlights of the trip – the African Penguin colony at Stony Point! I still cannot believe I have seen a real non-Zoo Penguin, but there you have it. In short I loved it. Photographic opportunities were surprisingly difficult – it is hard to be inventive or get a clean shot when there are so many birds, plus you are on a raised boardwalk. At the end of the boardwalk was a huge Cormorant island, and we cleaned up on the rest of the SA species here – Crowned, Bank, Cape and White-breasted were all present, in addition to the Reed Cormorant previously seen. 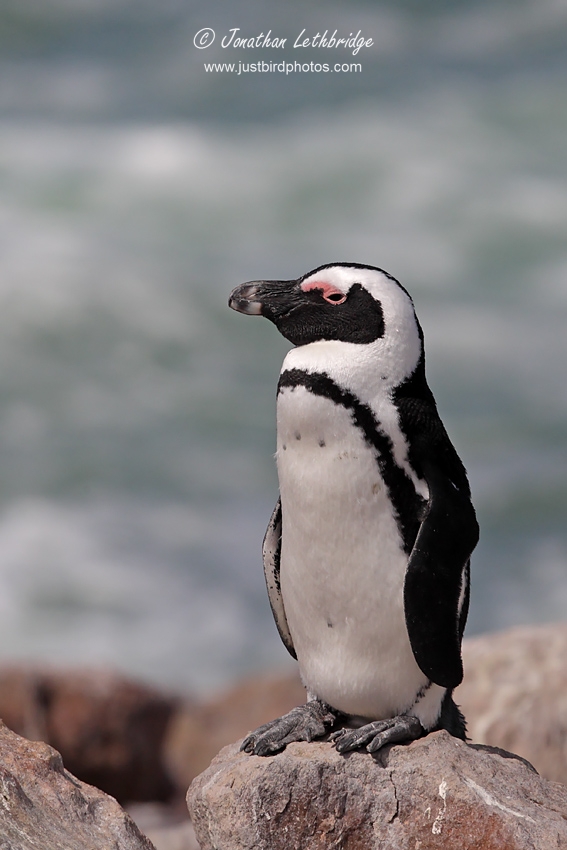 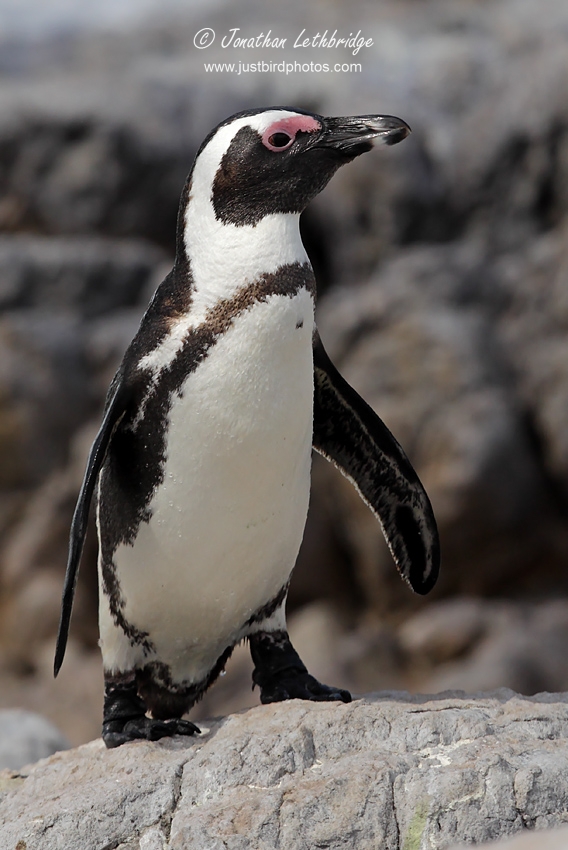 Final stop of the day were the cliffs at Rooi-Els, a well known site for Cape Rockjumper – a major trip target for all visiting birders. We left the car at the gate and walked up the stony track – Campbell knew where the nest sites had been and soon had us onto both a juvenile and a male bird, but these were high up on the rocky slope and it is not recommended that you try and chase after them at this sensitive location so sadly I have no photos. Great birds though, very characterful, and a reason to go back. Instead we contented ourselves with getting photos of Cape Rockthrush and Sentinel Rockthrush in very windy conditions, as well as a plain-looking bird that to me looked quite Wheatearish! Guess what – Familiar Chat was relatively recently moved to the Oenanthe family but this was news to me until I read up on it later. Happily I had managed a couple of shots so this is another bird that I can add to my favourite galleries!

And that was that for the day. We stopped to take a few landscape shots of the beautiful rocky coastline of the east side of False Bay, and then made our way back to Cape Town relatively early. The trip list was now 165, this had been a great day out with a much better hit-rate of quality images than the prior day, in addition to all the major targets seen. Penguins! OML! Gah!
Posted by Jonathan Lethbridge at 15:59