All a bit Dude

There’s a loaded word for you.

In the birding world a “dude” is someone who rocks up sporting brand new Swarovskis and a funny hat, and proceeds to misidentify Canada Geese and Wood Pigeons. It’s a term used by non-dudes, i.e. birders who perceive themselves to be competent and take pride in continuing to use fogged up east German Leicas from the 1960s, to describe the ‘all the gear no idea’ brigade. Dudish behaviour may also encompass the twitching of non-rare rarities, i.e. people falling over themselves to see a Hoopoe or something, but may also be used to describe what just sounds to me like a nice day out birding. I am often surprised at how frequently I see a birder who has just had a regular day out on the coast describe this as duding, as if they were somehow lowering themselves to the common denominator of the masses by undertaking what all sounded rather pleasant and involved seeing some nice birds. In this context anything other than thrashing a remote headland probably counts as dude-like. If you go out anywhere you are likely to see another person, or somewhere which is a known birding hot-spot, well I’m sorry that apparently puts you in the dude bucket. No, the purest form of birding is solo, in the rain, with only a pair of bins and a dog-eared notebook, on an island that you had to swim to. I digress – what I trying to say is that essentially “dude” is only really ever a pejorative term, at least in the context of people who like to watch birds. You are a dude; I am better than you. I think many birders can likely point to dudish aspects of their early birding career – I certainly can, and whilst I can laugh about it now, back then I suspect I was completely oblivious to my absurdities. Have a think back – when did you start to realise that there were different types of birders? The real turning point is probably when you first called somebody else a dude. Have you done that? To my shame, I have.

As I tend not to devote my entire life searching for "rares" and am quite fond nice wanders in promising places, for some birders I will probably be forever dude. Whatever, and I do after all live in London, which as I will get to later on is actually relevant. However there are other ways in which I can be assigned the dude label. For instance in a couple of months I am taking one of my daughters on holiday - it has been booked for a long time and we are going horse riding in America. Well, more accurately she will be riding a horse, and I will be sitting on a horse and hoping fervently that my horse just follows her horse and that I don’t have to do anything. And that I don’t fall off. She loves horses, and is excited by all the grooming, petting, and whatever else it is you do with horses other than ride them. I am terrified, horses and large and dangerous, and they also smell. And after a day riding a horse you also smell - cars exist for a reason. But this is her special holiday and not mine, and she will be happy. At some point after I booked it I mentioned the trip to my Mum. She is American and knows all about horses having spent many of her childhood summers on a family ranch in Napa, and she immediately called it a Dude Ranch, and then hesitated as soon as she had said it. Interesting, is dude also a word with negative connotations in other walks of life? The conversation continued and I forgot all about it until last week.

Two things then happened. Firstly I had to fork out the balance for the horsey holiday as up until then I had only put down a deposit. And secondly I watched the Big Lebowski. You will have to forgive me if the Big Lebowski is not a film that you are familiar with. In a nutshell it is a very silly story that revolves around a bowling alley in Los Angeles and the heroic failures of a central character known as “The Dude” (or El Duderino if you’re not into the whole brevity thing). It is possibly one of my favourite films ever, mostly for the sheer joy and stupidity of Walter Sobchack, the character played by John Goodman. I am essentially unable to pass up watching the Big Lebowski if it is on offer, and so travelling back from California last weekend (ironically enough from LA) and scrolling through the entertainment options there it was, and I thus scorned all of the new releases and immediately put it on. I know it word for word of course, a bit like Star Wars, but that doesn’t matter and I still laughed my head off. This of course is an entirely different use of the word dude. The Dude is basically a bum, an unemployed layabout who goes shopping in his dressing gown and spends his few waking hours at the bowling alley. Dark glasses, extremely laid back, relaxed to the point of utter inertia. Cool, in other words, in a way that possibly could only exist in Southern California. 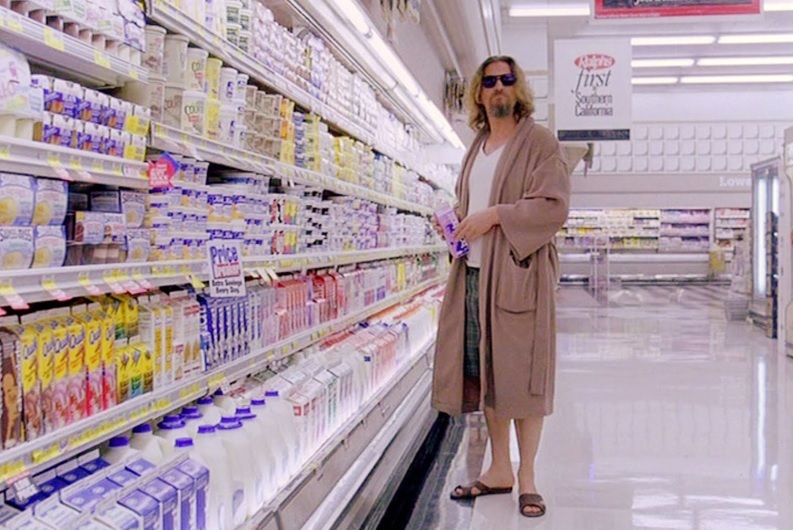 Which brings me in a roundabout way back to the beginning. Having recently heard the word Dude about a thousand times and paid the bill, I then remembered the term my Mum had used and so looked up “Dude Ranch”. I was surprised to find that it is actually a thing. Essentially it is a place where townies like me can go and ride horses / pretend to be cowboys. An alternative name is a guest ranch, but as a birder familiar with the usage of “dude” I think Dude Ranch is a lot better. So this got me looking at how this use of the word might be broadly similar to how it is used in birding – ie real country folk sneering at city slickers in the same way that serious birders (too serious perhaps?) take the piss out of those who they perceive to be lesser birders. I was surprised to find that whilst there are clearly similarities, that the horsey equivalent is actually much closer to the original meaning and usage. Whilst Dude has evolved to nowadays simply mean a bloke (e.g. look at that dude over there), it used to be a term used to describe somebody obviously and conspicuously well-dressed. Specifically this seems to have arisen in the American West, as wealthy people from the more industrialised (and some may say more civilised) East coast used the new railroads to start to visit what was at that point the Frontier; the Wild West. So even back then the usage was pejorative, as the rough-hewn cowboys and ranch-hands of the Frontier scathingly referred to the fancily-dressed city-folk that started to arrive as dudes. Have you ever seen the masterpiece that is “Once Upon a Time in the West”? Charles Bronson and Henry Fonda? The rail Baron in that, Mr. Morton, was a dude, though there may have been fewer mentions of this than in the Big Lebowski. That usage is probably closest to how the term dude ranch came to be formed – urbanites playing at something they don’t understand in a western environment that they are thoroughly unsuited to. As far as can tell though, the term dude ranch is these days factual as opposed to insulting, even though some may not see it that way.

Anyway, the next time I am out birding and some know-it-all with half a pair of bins mutters something about bloody dudes, I’ll tell them how pleased I am that they have recognized my undeniable sartorial elegance, and that why yes, I have been horse-riding in the countryside recently.
Posted by Jonathan Lethbridge at 17:59