If you had said to me on Friday that a two tick weekend was in the reckoning, I would have laughed until I dribbled, possibly until I was sick a little bit. Come off it, it’s June! Nothing happens in June, everyone knows that. The patch is dead, the whole country is in a birding stupor. Nothing  is moving, and frenetic twitchers are calming down, or at least I assume they are.

I had a very busy afternoon on Friday, and didn’t check my phone for rare bird news. I knew I wasn’t missing anything. So it came as some surprise that there was a Little Swift on the Wirral, and that it had been there all afternoon. Wow! Lucky so-and-sos was of course my first reaction, as I knew I wouldn’t be seeing it. Too far, I never twitch birds that are that far away. Later that evening news came through that it roosted, and that the roost spot was known. Ermmm. If I could get there for first light, it was in the bag. Suddenly Liverpool didn’t seem so far away. You see, twitching long-distances where there is a strong possibility of dipping is something I’m just not interested in. I don’t do dipping (except Rollers....) as mainly I am very picky about what I go for, which contrary to popular opinion is not everything. Anyone see me at the big Orphean Warbler DIP? Precisely. I’m not in it for the frisson and excitement of the “will it, won’t it”. I’m in it to see it, and long drives full of nervous tension are very unenjoyable, especially when you get regular messages regarding the bird’s presence only for the dreaded “flew off high and no further sign” message to pop up when you’re nearing the end. Driving up the M1 in the middle of the night was of course also unenjoyable, and driving back again was worse, but at least I knew I’d get it, and believe me when I say that is hugely helpful.

So, Little Swift safely in the bag, and a twelve hour sleep later, I woke up on Sunday morning to find a text message regarding the continued presence of a Pacific Golden Plover in full summer regalia at Cley in Norfolk. After Liverpool, North Norfolk is basically just down the road, and with the day basically free until about 5ish, though that wasn’t set in stone, I decided to go for it. Nick (the front seat of our car is moulding itself to his contours these days) and I met Monkey for a nice breakfast near Harlow, and after realising we had screwed up on timings, he went home again to start getting drunk. Again. Nick and I continued north to Cley, through fierce rain at Brandon, and on arrival walked right past the bird in the Eye Field before wondering what all the people on the path scoping back past us were looking at..... Sorry Monkey, it was inevitable, in the same way that had you come with us the bird would have remained resolutely hidden from view for the 90 minutes we would have had. After a short while it returned to the scrape, but never came close. In the meantime I got busy year-listing. I’ve hardly done any birding this year away from the patch, so Sandwich Tern, Little Gull and Spoonbill were all new, and take my total to a remarkable 220. One quick Sacred Ibis later – my second in Norfolk – and we hit the road again for my penultimate drive of the day. Another 120 miles zipped by, taking the weekend total to just over 700, and the spend to well over £100 in diesel. Excellent. 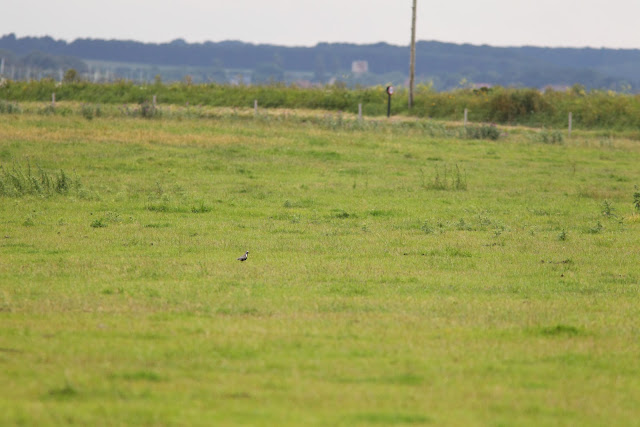 But I wasn’t done yet! I dropped Nick off in Wanstead and then got back on the M11 and M25, round to the fabulous Barnard’s Farm in Essex, site of my mate Hilbs’ uncle’s open day. It’s basically a lovely garden filled with sculptures and art, and being the culture vulture that I am, I was desperate to see it for myself. But not before seeing sweet baby James, which if I’m honest was the real purpose of my visit. It wasn’t long before I was left holding the baby, so to speak, and my practised nose detected immediately that not all was well in the bottom department. One of the great joys of being allowed to hold other people’s babies is that when the inevitable whiff makes itself known, you can just hand them back with a cheerful “Yours!” Which is exactly what I did, and then got taken on miniature train ride and was given a mountain of cake. There are not many ways to top a two tick weekend, but I’d argue that right there, with the ceremonial swapping of a pongy baby for a pile of cake and a train ride on a real steam engine, that was one of them.

Posted by Jonathan Lethbridge at 20:18

Labels: How to Twitch