I just received a nice comment from Dancho, our guide in Bulgaria, who, as a birder, really quite enjoyed being out in the field all day with a bunch of similarly-enthusiastic people, and all the while getting paid to do so. What a great job! I had a quick scan back through the various posts that I had written on our trip to Bulgaria, and realised that I had moved straight from the morning of day three to day four. The afternoon of day three was perhaps some of the best birding we did, and I have unaccountably missed it off, wrapping up my post just as I was climbing into the front seat of the van....
Day Three, scene 2. A Van.
No matter how hard I had tried, I had not been able to get into the front seat. Dick generally got there first, muttering something about advanced old age and his back. More often than not I was sandwiched in the middle seat in the back, so when a bird appeared on the left I got a view of Mo’s head and sat on by Bradders, or if a bird appeared on the right I got a view of Bradders’ head, and was clubbed round the head by Mo’s telephoto. As I did my best to catch a glimpse/defend myself, stonking birds paraded themselves mere feet away outside the van to the furious sound of other people’s shutters. All this changed on Saturday afternoon, and I got the front seat. I was ready.
We had eaten another three tonne salad in Shabla, and were now headed back towards Kavarna. The habitat was steppe – flat, dry, many stones, sandy and scrubby. It was magnificent. I forget exactly where we went, but broadly speaking we were heading south from Durankulak to Cape Kaliakra, which is a sticky-out bit just north of Kavarna. One of the roads was called Shrike Alley – look it up on map. It had a pair of Red-backed Shrikes about every 25cms. Progess was slow. 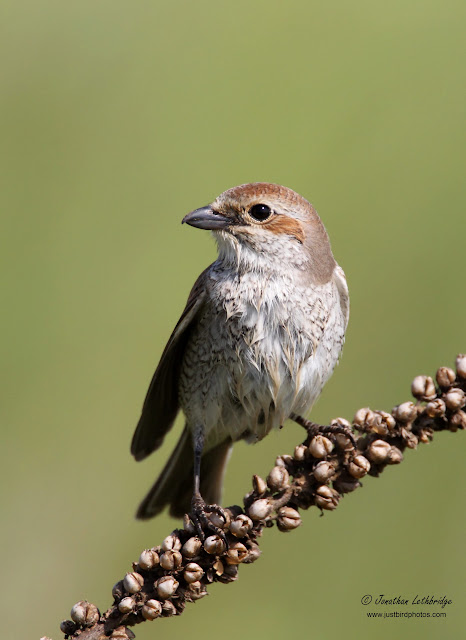 Bee-eaters, Rollers on wires, Shrikes, Pied Wheatears, Short-toed and Calandra Larks, Stone Curlew, Eagles. Stupendous. Dancho drove, we drooled – that’s the most accurate summation of how the afternoon progressed. Endless quality birds, often really close, and this was just close to the road. Imagine this magnified across the countryside, where largely there are no roads. The numbers of Shrikes must be countless. Thousands. Millions. We ended up at Cape Kaliakra, but this time on the top, where there are some archaeological ruins and some kind of military installation. I ignored both, unless Pied Wheatears were sitting on them, when I took a keen interest. Basically you leave the car near the ruins bit, and gradually wend your way to the very tip of the peninsula. It can be quite busy as it’s a tourist attraction, but the birds largely don’t care. There were at least three pairs of Pied Wheatears here, several migrant Red-breasted Flycatchers, and an Icterine Warbler.  It was the Wheatears, as you might expect, that largely commanded my attention. 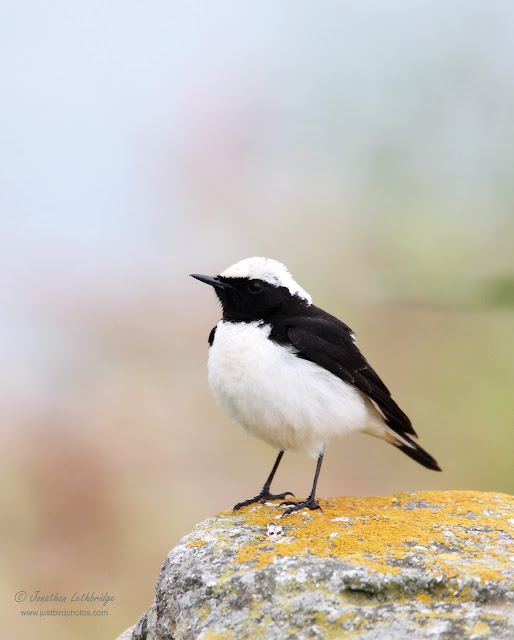 From the point we set up scopes and scanned the sea for Yelkouan Shearwaters. Although in reality a large lake, the Black Sea has its own population of Shearwaters which presumably never leave, and although very distant, we picked up loads in excellent light, and were ticks for all of us. Not sure how you would get a closer look other than going out on a boat, and so you certainly won’t be hearing me shout “Yelkouan!!” at Pendeen any time soon, even though I do have some sea-watching plans on the back burner for later this summer – if we ever get summer that is. Safer to say July perhaps? 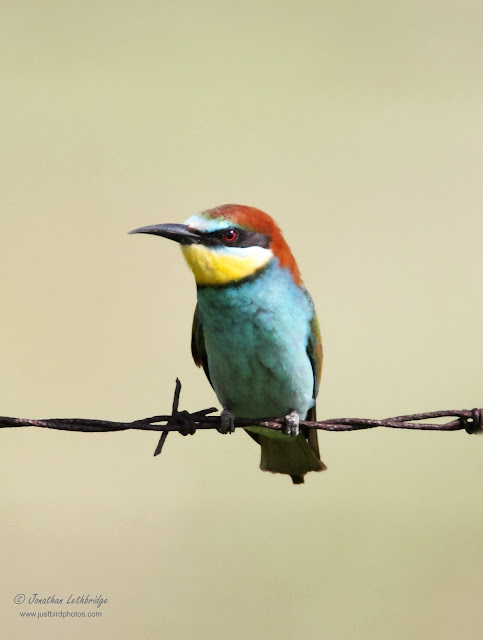 Anyhow, we spent a very happy few hours on cape Kaliakra, sea-watching included. My personal highlight was a Squacco Heron flying across the water – I won’t be calling one of them at Pendeen either – mind you, it’s a pretty straightforward ID. We left near-enough at dusk, another excellent and really long day guided by Dancho. In the evening swapped guides as I mentioned in Day 4, and then stayed up half the night drinking outrageously cheap beer and watching the Champion’s League Final, which went Chelski’s way after both extra time and penalties.
Posted by Jonathan Lethbridge at 19:41