Birds wot I have seen recently

Well, one result of my lack of internet connection is that I have been birding. Not cyber-birding, actual birding. Outdoors, seeing birds, not photographs of birds. I don't know if any of you have ever tried this, but it's actually pretty over-rated.


For starters the birds are miles away and you struggle to get decent views. Far better to allow some of the long-lens brigade to employ some sensational fieldcraft and get frame-fillers that you can study from the comfort of your own home, with the added benefit that you get to flame them on internet forums. 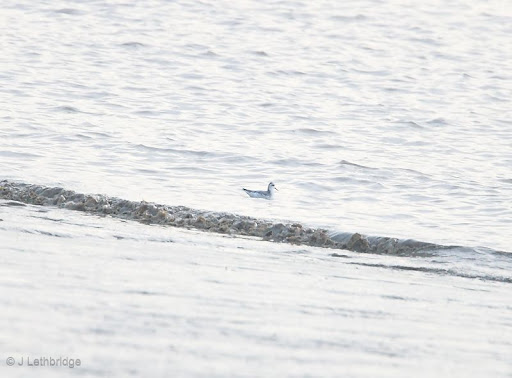 Secondly, it's cold. Really cold. Far warmer indoors, tea and biscuits on hand. I got so cold at Grays on the Thames foreshore that I had to give up birding and take shelter in a pub. I had been dipping a Grey Phalarope for a whole hour, and couldn't feel my hands or feet. I noticed that I was outside a pub, and that there was a sign in the window saying "Hot Food Served All-day". It was an easy decision, and one immense All-day Breakfast later, I was feeling much fatter better. Warm and content, I left the pub with a spring in my step, found the Phalarope immediately, and thus was able to stop this birding nonsense and go home.

I suppose that theoretically I wasn't birding, I was twitching. Which brings me to my third point. If you go out twitching, you risk dipping. Dipping isn't nice. You get cold, as per point two, and get no views at all, kind of like point one but even worse. I dipped the Grey Phalarope once before I got it the second time. There was also a Shag on the Walthamstow Reservoirs, another bird needed for my London list, albeit a rather unpreposessing one. I dipped that too, before connecting a second time - #209 for the year since you ask. The point being, if you stay at home, you won't ever dip. Fact. You'll see everything, and depending on how stringent a lister you are, you can amass a huge life list. 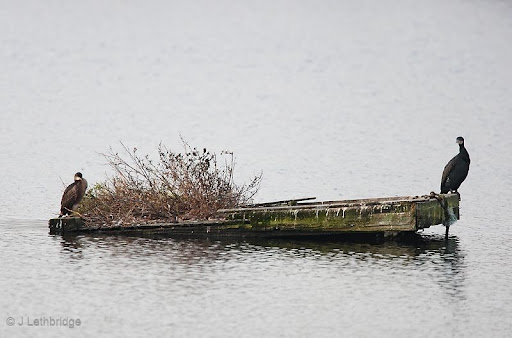 For those with a low boredom threshold, it's the one on the left.

You may also be surprised to hear that I've also been birding locally. I heard a Tawny Owl on the way back from the pub on Tuesday night, and then a flock of 21 Redpolls dropped into a neighbour's garden and then into my tree whilst I was sat in the conservatory drinking tea. Local birding - superb. What, actually walk around Wanstead? Do people do that? Unfortunately I got excellent and prolonged views, allowing me to confirm that every single one was a Lesser Redpoll. Far better to get fleeting views, take a punt on one being a Mealy, and then hope that they fly off never to be seen again. 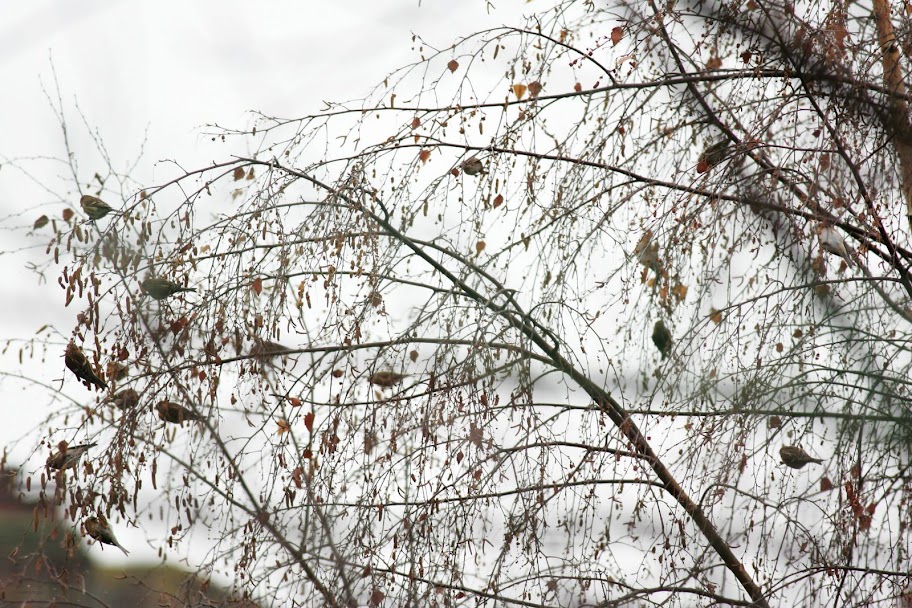 Talking of which, during the down-time I also went to Thorndon Country Park, home to 95% of the dogs in Essex, on a Redpoll hunt. I still need Mealy Redpoll for my London year-list, and had dipped them here before about a month ago. Then, they were in a few largish flocks, but were extremely flighty and never landed long enough for me to get a scope pointed at them, let alone look through it. This time the large flocks had dispersed into much smaller groups, but at least they were more settled. One of the first groups I scoped contained a very interesting-looking bird with good white wing-bars, somewhat of a prequistite for a Mealy Redpoll. It was also paler than its beigy-browny congeners, but didn't have the typical frosty appearance of a true good'un. I didn't notice any appreciable size difference, I forgot that criteria at the time, and having come a cropper with Redpolls early on in my birding career, I was loathe to commit. I know, a photo that I can ask for opinions on. Excellent idea, so out with the camera, but just I was lining it up for a shot (and indeed had pressed the shutter only to be stymied by a twig) the whole lot flew off. I saw the bird again, it was relatively easy to pick out - another good sign - but try as I might I couldn't get a clinching photograph. Then news of the Shag that I had dipped the previous day came up, and so I abandoned the Redpolls and went off twitching again. So far I have not counted it in the total as I'm planning to go back for another try. If I fail though, it's going to go on. Win win I believe the expression is.

Posted by Jonathan Lethbridge at 10:07