I have managed to go outside - a visit to Topps Tiles to return extra tiles we hadn't needed in the bathroom was very exciting, especially as in a reversal of roles the shop gave me money. Only money I'd already given them, but still. Even more exciting is that soon we will have a functioning family bathroom, something we have not been able to say since 2018. We move quickly around here.... About halfway through the work our plumber caught Covid and everything stopped, but when you have not been able to have a bath in your own house for over three years what is an extra week? We are very much looking forward to it. Mrs L and I then proceeded to the local aquatic shop to replenish the fish tank - some very cute Tiger Barbs and various Tetras are now exploring their new home. Again, this is something that we have been threatening for ages but somehow never got around to doing and so for at least two years we have been staring at a mostly empty tank. I find staring into a fish tank very soothing, not sure why we didn't get our arses in gear a long time ago, but that is just real life for you I suppose. Other things come up, weeks and months pass, time disappears. 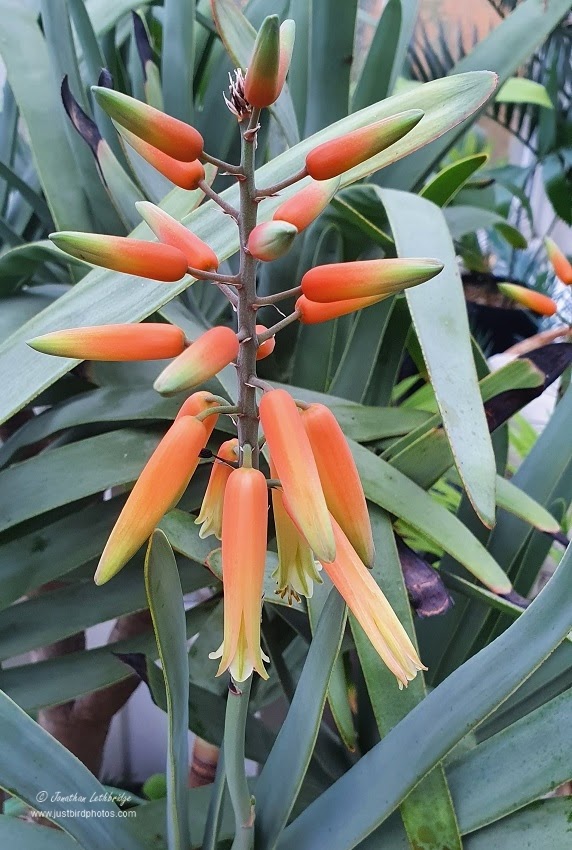 I did think about going birding today, but one look outside at the lashing rain, swaying trees and horizontal bamboos persuaded me against it, and so another weekend has passed without any advancement of the year list. I'll cope. I nearly saw a Sparrowhawk over lunch yesterday but it didn't feel quite right and quickly snatching up the house bins proved it to be a Kestrel, far less frequent from the garden. Colour and interest came from within these four walls. Firstly our large Fan Aloe has started flowering, as is normal at this time of year (it is a southern hemisphere plant). It is unscented, but nonetheless very cool indeed - even without flowers it is a stunner - pretty big for a potted plant and with several stems, but still a baby in many respects. I've seen them in botanic gardens abroad where they form actual trees and are simply magnificent. If I can pluck up the courage I might put it out on the terrace this year as it does get very dusty indoors. And as if this were not colourful enough, more summery thought were evoked by these two beauties. How was your weekend? 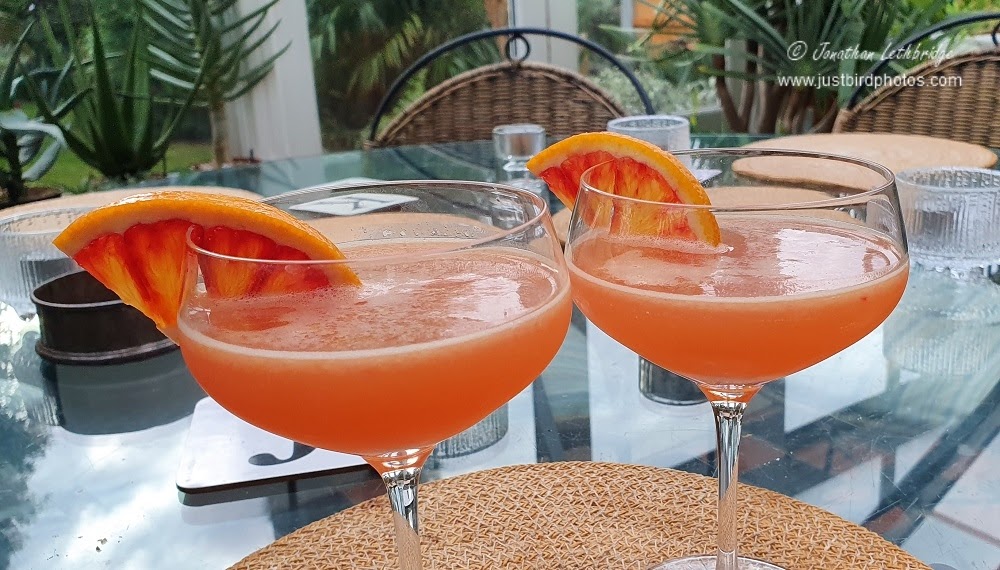