Something I knew would eventually happen just did. I have finally bought a garden kneeling pad. I am 46 years old.

I associate garden kneeling pads very strongly with my Grandparents in Sussex. Old people in other words. They had an enormous garden in the South Downs, or so it seemed to me then, and endless flower beds that needing weeding. There were two sheds, both immaculate in and out - as an aside the smell of those sheds will live with me forever - and hanging on one of the walls were some old canvas covered pads, along with proper old wooden trugs, cracked gloves and all sorts of tools. I still use some of those tools today. As a child I could never understand why grown ups needed soft pads to weed a flowerbed, I just crawled in or squatted. Time is the ultimate teacher though, and at the weekend before the storm hit I had been using the doormat to kneel on whilst clearing the area around the cucumbers. As the first few spots hit, I stood up to an audible creaking sound, and let out an involuntary groan of the sort that frequently passes my lips these days. Getting out of bed, putting my socks on, picking things up off the floor; all these things tend to nowadays elicit a small groan, sometimes a loud one!

But what really made me throw in the towel when I stood up was that the knees on my pride-and-joy middle-aged pale yellow trousers were soaked through. And as doormats are dirty I didn't just have two wet smudges, I had two wet muddy smudges. Gah! That afternoon I went online to find a mat just like my grandparents had had. I could picture it, but did not know what they were called as they had not been a part of my life for nearly 40 years.

"Alexa, what do old people use to help do the weeding?

Anyway, I got there in the end and on Monday morning this arrived. It is extremely plump and comfortable, and, so far, waterproof. I have not yet found the setting that suppresses the user's groans, but then again it was only £13. Perhaps more expensive models exist which have this functionality? And ideally also hydraulics. No doubt I will need something like that in time. 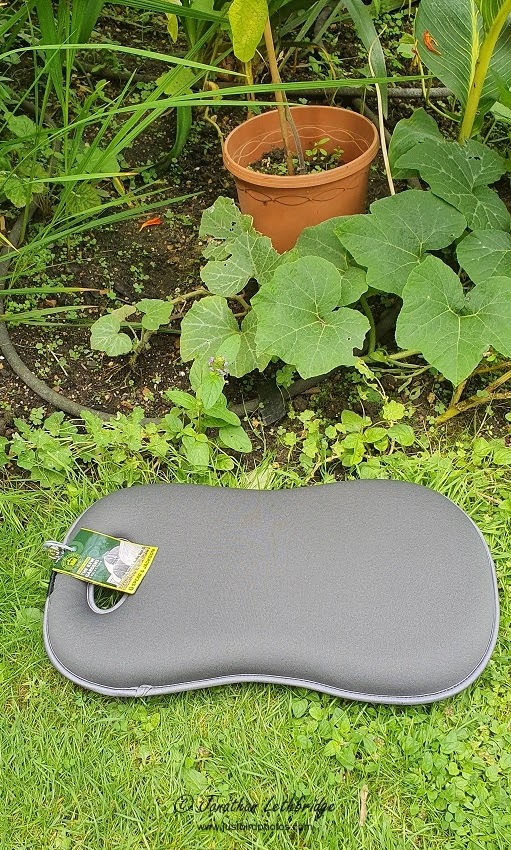