Savegre Mountain Lodge is nestled almost at the bottom of the valley, along a dead-end road that winds down from Route 2 that follows the ridge. There are several lodges here, and all exist for but one purpose. Resplendent Quetzal is an industry, this is THE place where these birds are seen, and there are something like 80 pairs in the valley. Almost everybody you see along the road or at the breakfast table will be a birder that is here to tick Quetzal.  Amazing when you think about it. In common with all the places we stayed the accommodation was comfortable and the food good. When you are 85 years old these things matter!


We were up early and exploring the grounds – we had agreed with Leo that when it came to Quetzals we were happy to play it cool. The way most people in the valley see Quetzals is to get up before dawn and go and stand near the designated fruiting trees that the birds have recently been frequenting for their morning feed. This pretty much guarantees you a sighting, but you have to endure seeing the bird with upwards of a hundred other people who have a combined age of 9,000. Not for us. Instead we had a quick check of a fruiting tree at the hotel (no Quetzal but an Emerald Toucanet and male Scintillant Hummingbird) and then started birding. First up were a group of Spotted Woodquails that we managed to creep up on, and which gave the monopod another airing. Other birds encountered before breakfast were Black-faced Solitaire , Ruddy-capped Nightingale-Thrush, and Long-tailed Silky-Flycatcher nesting right outside our bedroom door.

After breakfast with a Louisiana Waterthrush we took the private track behind the hotel up the side of the valley into the oak forests, stopping for Sulphur-winged Parakeet in the orchard and Yellow-bellied Siskin slightly up the hill. In the forest itself there were a number of speciality birds we needed to see, and by sacrificing a Quetzal twitch we would have this area to ourselves. Our trusty 4x4 managed to get all the way up and at the end of the track we continued uphill on foot. Acorn Woodpeckers were abundant, but it took a very long time to connect with the targets. The first was an Ochraceous Pewee, plaintively calling from high up that we got a good look at through the scope, and then a further half mile onwards what Leo called as his bird of the trip – Silvery-throated Jay. He had apparently not seen one at all in 2017 so this was a huge result for us. The bird was brief and far away, but in the few seconds it was visible we were able to get on all the key features. Black bird, silver throat, ahem. Also along here were Lineated Foliage-gleaner and Tufted Flycatcher.

We returned to the car and on the way back down passed what were presumably the first of the Quetzal twitchers on their way up. I doubt they actually got the Jay as the distance from the end of the drivable track would have been way beyond them. We drove out of the hotel and down to the very end of the valley where we walked a trail past a trout farm and alongside the river. Being around midday this was not super-productive, but we got great views of a Yellowish Flycatcher, Philadephia and Brown-capped Vireos, Spot-crowned Woodcreeper, and Buffy Tuftedcheek. 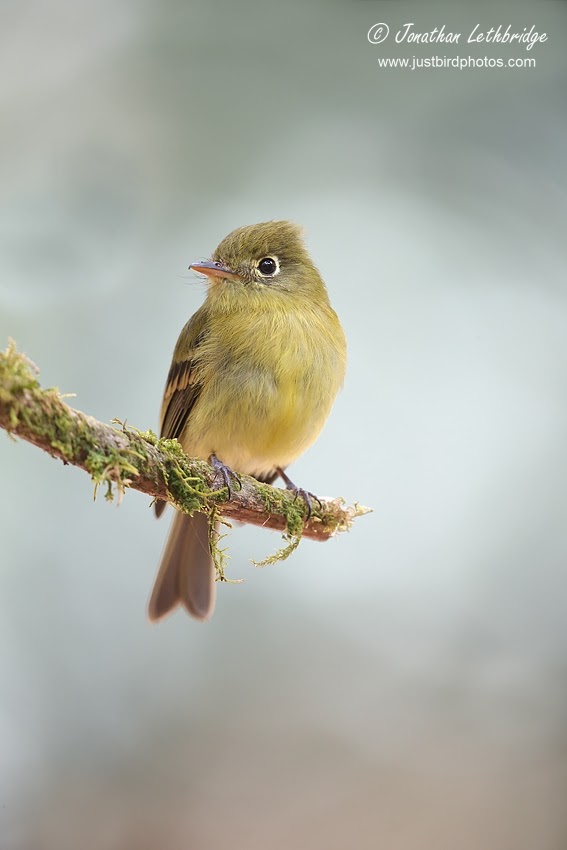 During our lunch break I positioned myself at the feeders near the hotel which were far better than those at La Quinta, but struggled with the midday light. These are actually in the garden of a local guide but he has chairs set up and only asks for donations to buy fruit. It is quite a set up and if you had the time you could easily spend the start and end of the day here. As ever birding came first and so I just took a few photos when a convenient cloud passed over. Many really good birds came in during the hour or so I was here though, including Silver-throated Tanager, Yellow-thighed Finch, Red-headed Barbet, Acorn Woodpecker, Flame-coloured Tanager, Tennessee Warblers by the dozen, and several species of Hummingbird. These will feature in another post as there are too many photos!


At around 3pm it was time for the big one. Resplendent Quetzal. We hoped! Imagine coming back from Costa Rica having not seen one! The first question birders ask is “Did you get the Quetzal?” Not being able to answer in the affirmative would have been distastrous. We drove up the valley to the stakeout to find it deserted. Awesome. We started to look into the trees, scouring every stem, and I lucked out quite quickly with a female sitting quietly on a horizontal branch. I beckoned the others over and Leo set up the scope. Bingo. What. A. Bird. At this point another car with a guide and a couple of birders turned up but this did not detract from the moment. In fact it helped as with more eyes looking we also discovered the male, sitting similarly motionless nearby. Wow! What. An. Even. Better. Bird. Initially only the top half was visible. This is very nice, but not the main attraction. Then it moved and we were able to see the tail. But not the rest of it…. Eventually it moved again and we got more or less the whole thing – spectacular, you can see why it generates a whole branch of tourism on its own. 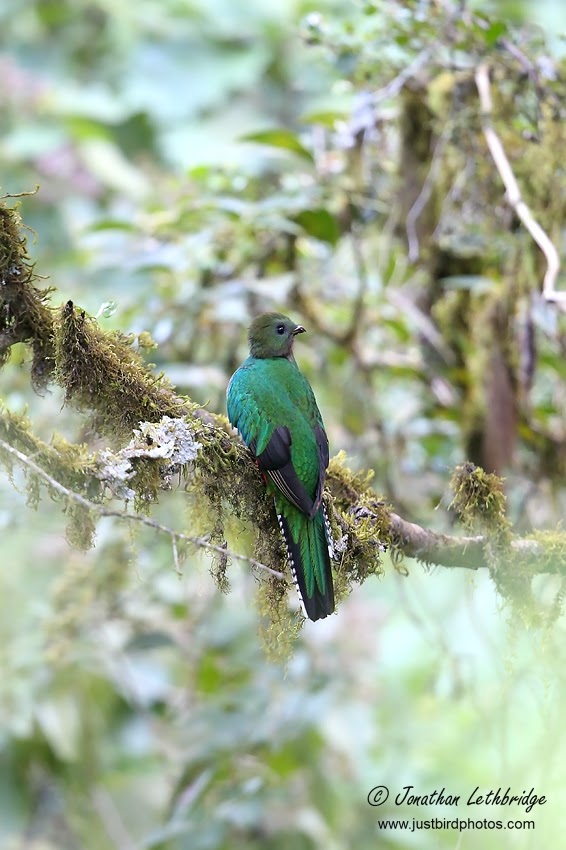 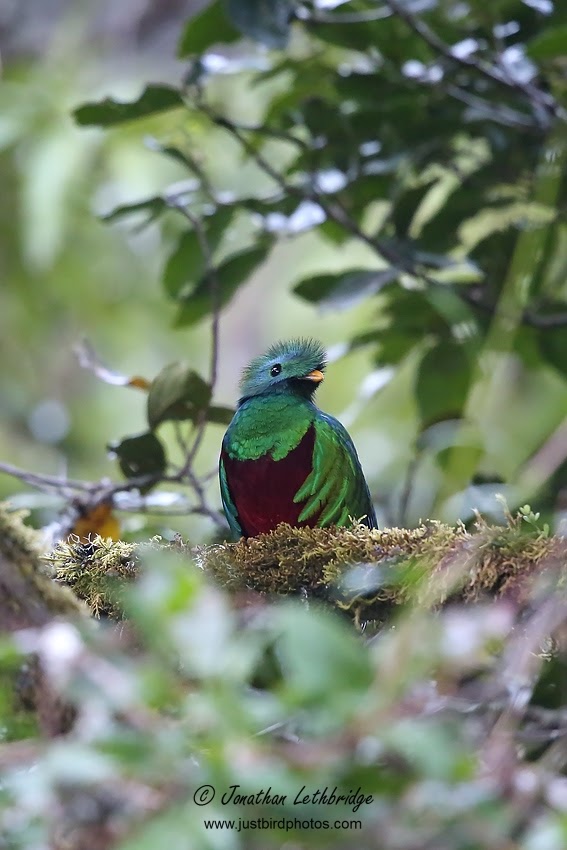 The rest of the day was devoted Owls in the valley. We dipped a Costa Rica Pygmy Owl at a known stakeout but got a Bare-shanked Screech Owl closer to the Quetzal spot. Excellent views once again as we gradually pin-pointed the exact location before switching on any lights. Back at the hotel after dinner we did the usual tot up of species and were pleased to see that after our fourth day we were on 279. 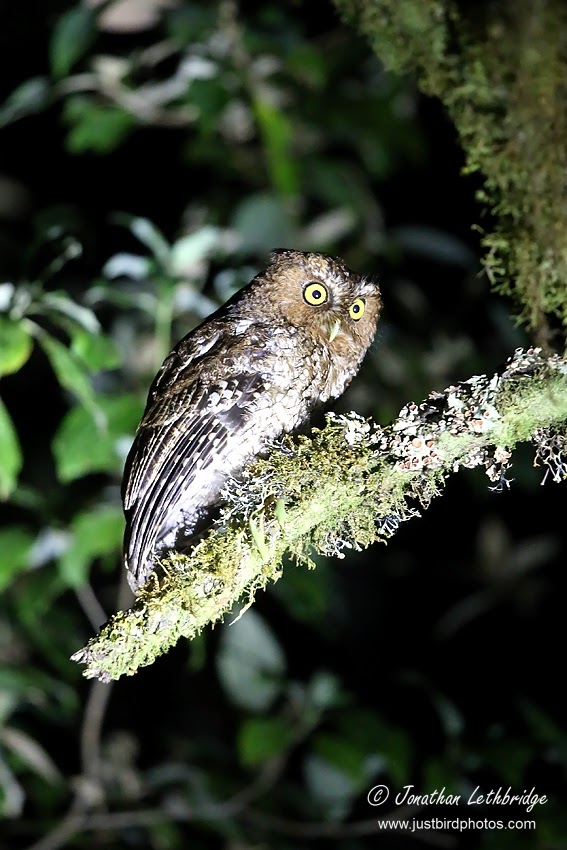 Posted by Jonathan Lethbridge at 18:12