2018 has not started well from a bird-listing point of view. One of my most prized birds, the catchily-named Zino’s/Fea’s/Desertas Petrel, is no more. Gone. Expunged. Erased from history. Yep I must have imagined being at Porthgwarra watching it loop slowly past the Runnelstone. Dreamed it. Made it up perhaps? I’ll come clean, I actually never went to Cornwall on the 30th August 2009 at all, and these photos of the pager and of Monkey were actually just photo-shopped. 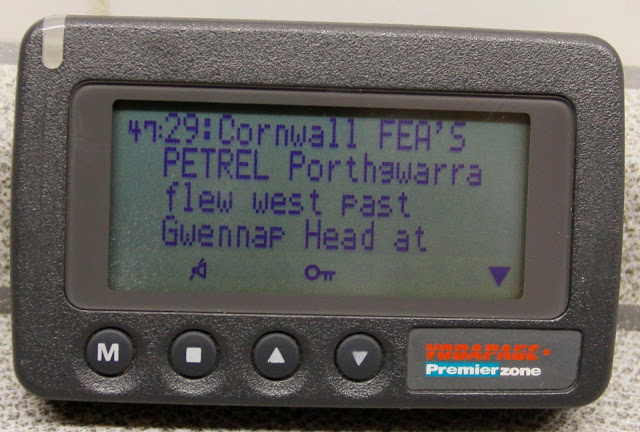 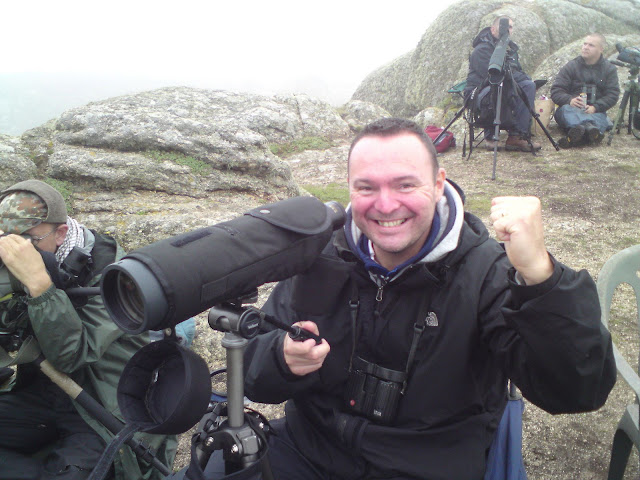 Not really. I was there. I took the photo! It happened, and it was one of the most amazing birding experiences I’ve ever had – made even better as I was so green that I didn’t really know what a Fea’s Petrel was nor how rare a bird it was. Apparently however I have now no longer seen one, so as you can imagine this is a bit of a crushing blow. What has happened is that the keepers of the official UK bird list (the BOU) have decided to adopt the official global taxonomy maintained by the IOC, and that list does not have this group of Ptreodroma Petrels as separate species. As such as from yesterday Fea’s Petrel was zapped from the British list as a distinct species. Now I don’t know what the scientists think, but of course it is true that this group of birds are not really possible to distinguish in the field, especially at the sorts of distances associated with sea-watching, but it seemed very churlish to not add it to my list, especially as the balance of probability was well in favour of Fea’s. And it was a mega no matter what so I added it as Fea’s, what the hell, live a little. At some point the listing website I use (Bubo, link over on the right there) it then became Fea’s/Zino’s. Fine, still having it, don’t care what it is, it was magnificent. To be honest I am a little confused at why that is different to the IOC situation we have now, whereby all three are known collectively, but what is different is that now it is simply gone. Eliminated. Sorry, you didn’t see anything. Next! I was expecting to have to go and edit my list to take off Fea’s/Zino’s and add on the IOC version, but in fact what happened is that my list was simply shortened by one from afar. I went in and therefore tried to add it back under its new name but there was nothing to add. Sorry son, move along now.

Now Bubo is an exceptional website, one that satisfies the needs of many nerdy birders, but in this instance I think they need to reconsider as I am now in the unfortunate position of having my own spreadsheet not tally with their undoubtedly very convenient web version. I hate it when things don’t tally, it offends the sense of orderliness and neatness for which I am famed* in Chateau L. So this is hard to take, and will likely develop into a constant niggle. Not to mention that my list has now declined by one! Now you could say that it doesn’t matter, that it is just a number. You would be wrong, very wrong. Pterodroma Petrels are not numbers, they are awesome. If you had to reduce a Pterodroma Petrel to a number then it would probably count as 10 of anything else, that’s how good they are. Adding to their goodness is that most people I know have not seen one, so the number needs to be modified by the grip factor. This is at least 3, so a Fea’s Petrel is most often worth at least 30 on a comparative scale and you can’t simply just get rid of something that valuable. Needless to say I am keeping it – I can remember that moment back in 2009 as if it were yesterday, and so to make things add up I’m putting it on Bubo as a Black-capped Petrel with a suitable note. 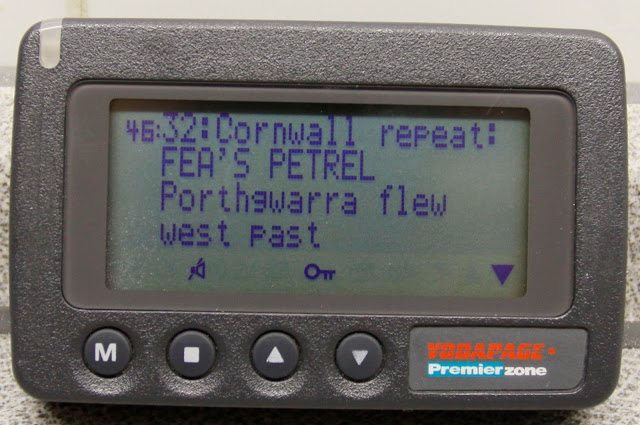 *loathed
Posted by Jonathan Lethbridge at 19:00