Of Whinchats and Wheatears

How good are Whinchats? I mean, just how wonderful are spring Whinchats? I remember the first time I saw one on Wanstead Flats, and my initial thought was that it was some kind of exotic escape and it took a few minutes of hard grilling before I could place it, during which time it disappeared never to be seen again. Unfortunately I don’t see spring Whinchats very often, here on the patch they’re far more of an autumn bird. When I do though it provokes thoughts of heresy.

I am fairly well known for being a lover of Wheatears. All Wheatears, as of course there are quite a few species and they are all very lovely. But the one I see most frequently is Northern Wheatear, and generally we get a good passage of these every spring. You can also generally get far closer to and thus get far better views of Wheatears than you can of Whinchats, which combined with their overall numbers during spring passage inevitably leads to the conclusion that Wheatears are just better. They are also first of course, I have never seen a Whinchat before I have seen a Wheatear, and so they are the bird that signals the end of the winter colour drought. And there is doubt that they are a striking bird – that soft peachy breast getting bolder and deeper towards the head, the grey back and white rump, and best of all the wide dark black bandit mask with white borders. When you add to this their upright stance and general panache, it’s hard to argue that there could be a better bird out there. Here are a couple of photos of spring birds from Wanstead Flats. If you need a minute, that’s fine. 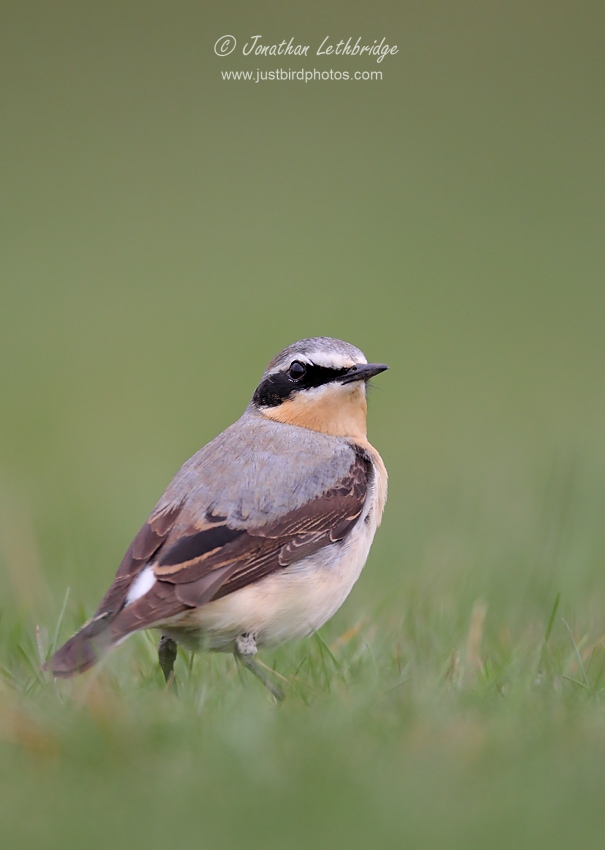 But yet my thoughts keep turning to Whinchat. You see I recently had an opportunity to study and photograph at what is, for me at least, unusually short range. I was in Greece, at a place called Lake Kerkini (full trip-report to follow, naturellement), and Whinchats were far commoner than Wheatears. And they were absolutely stunning, almost beyond comprehension. I have never seen Whinchat so well anywhere, and this was achieved by virtue of taking my poor Nissan Micra somewhat offroad and using it as a mobile hide. I have no idea how a bright white car works as camouflage, however the birds seemed entirely comfortable with this large chunk of metal bouncing up and down next to the irrigation ditch where they were spending their time, whereas if I got out of the car to get something from the boot they disappeared quick as a flash. Interestingly the birds were very much tied to reeds. I had driven down the track to photograph Great Reed Warblers, but my attention was soon diverted when I realized that were as many if not more Whinchats also using the area to feed, and they had absolutely no problem perching on the swaying reed stems. In fact I’m not sure I saw them perch anywhere else – they would descend to feed on insects on the track, and then pop back up to the reeds to survey the area and cough up any nasty bits. Here are a few of the photos I took, after which there will be a difficult and heretical question. 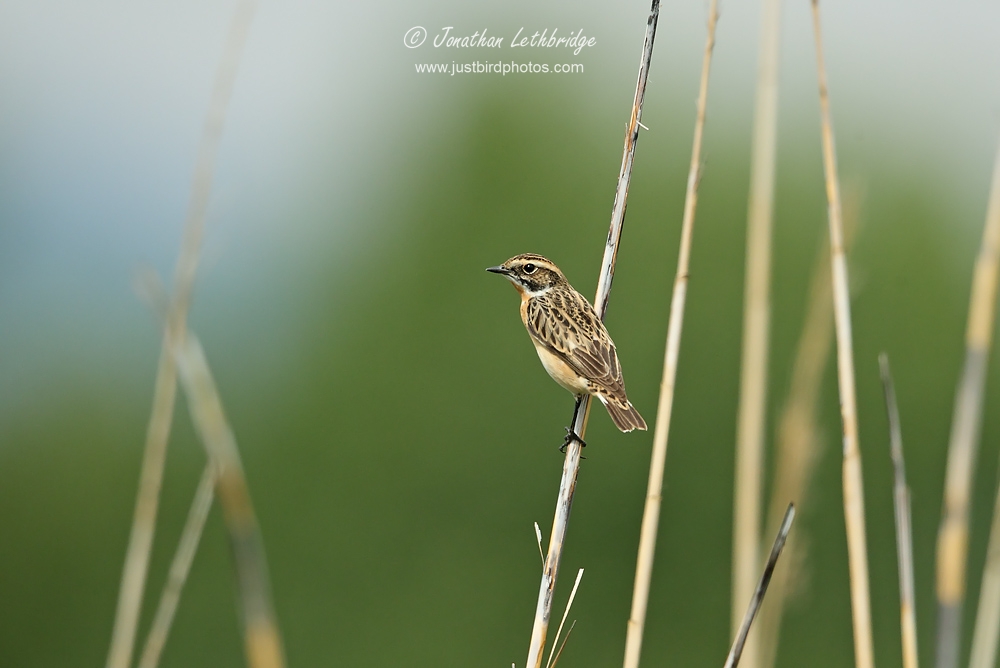 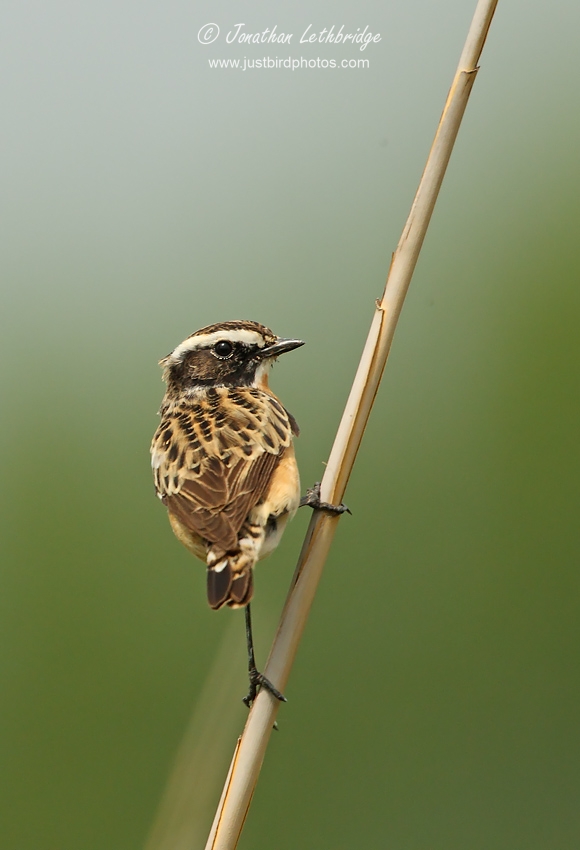 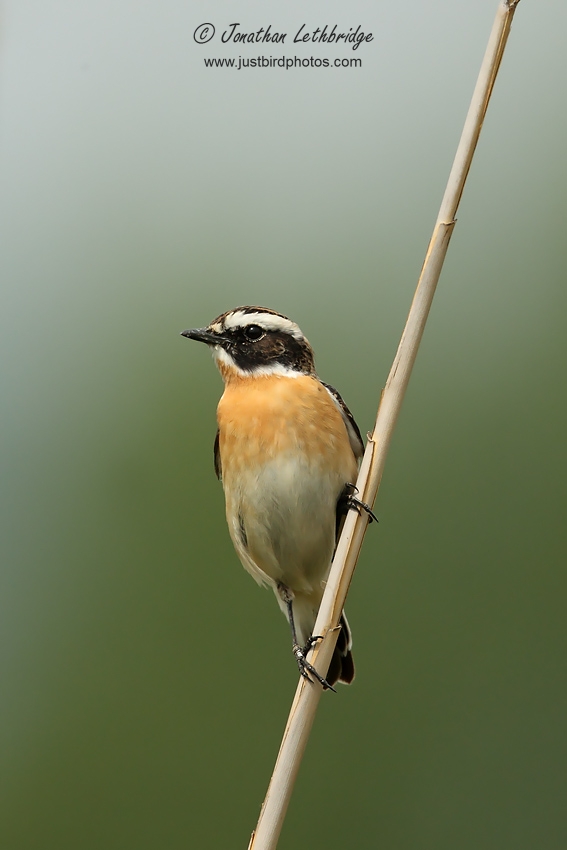 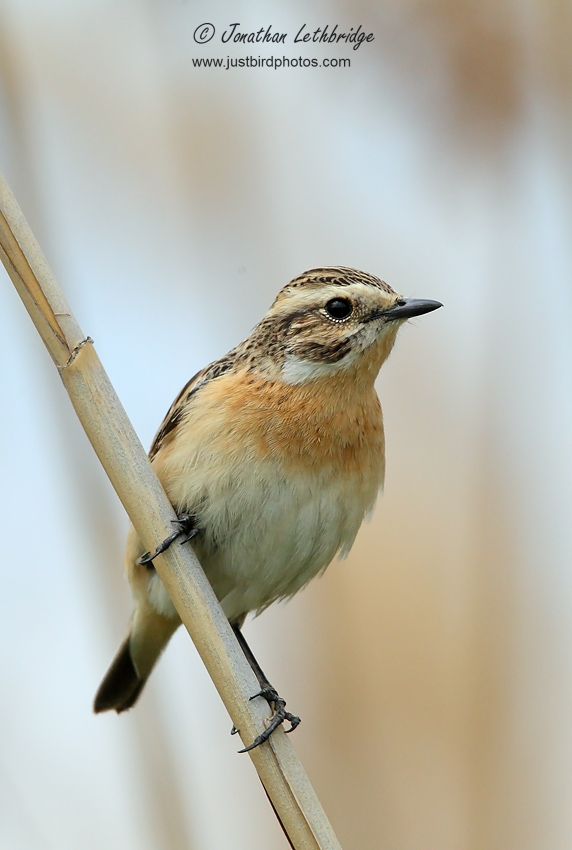 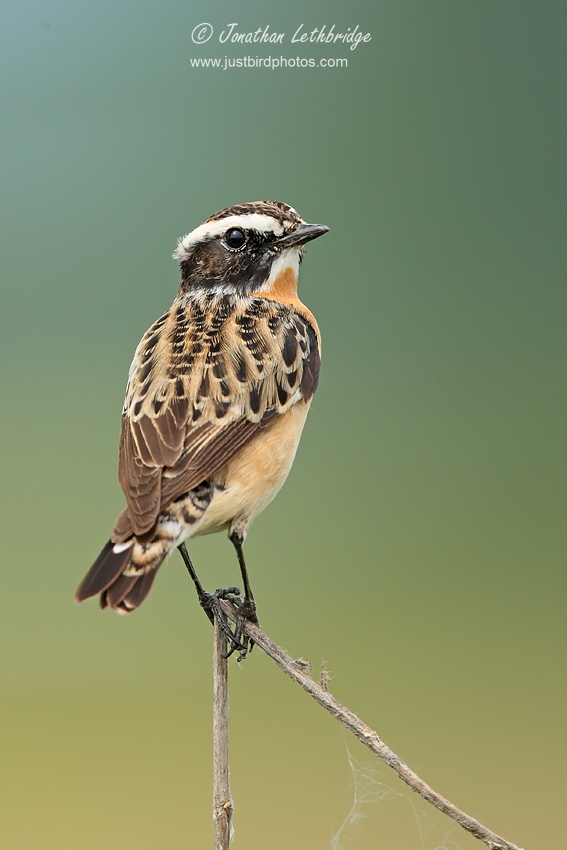 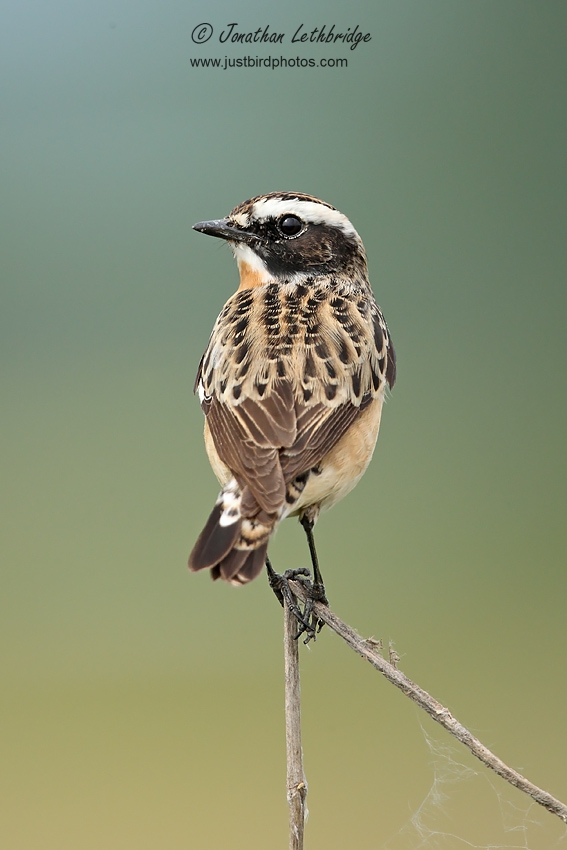 Are Whinchats in fact better-looking than Wheatears? If Whinchats were as common and as approachable as Wheatears, could even diehard aficionados like me be converted? Might the real spring prize be the Whinchat? There were two on Wanstead Flats last week as it happened, a pair travelling together, and the male was an absolute belter. I didn’t have my camera with me that day but this didn’t matter as sans Nissan I couldn’t have got anywhere near them, so instead I enjoyed excellent views through binoculars. They’re not that different really, the distribution of colours and plumage is remarkably similar. Black mask? Check. Orange chest? Check. White stripes on head? Check. The black mask is wider though, as is the extent of the white border both above and below, which also joins more obviously below the bill. The orange is deeper throughout as well, and the mantle rather than being grey is instead highly patterned. As a package it is superb, very compelling indeed. Maybe I am currently confused as for the first time I have been properly able to make this detailed comparison? Previously I simply wasn’t aware how stunning they were. I mean I knew they were good but they were also a bit unattainable, which contrary to what you might think somehow reduced their appeal. Now that I have scored so to speak, I am not sure where this leaves me. I am fortunate to have recently enjoyed both I suppose.
Posted by Jonathan Lethbridge at 20:20