Day 2
This was one our key birding day in the Rio Grande Valley, we had no travelling to do and could spend the entire day out birding. So that’s what we did! We started in the dark – my poor boy is very understanding – at Estero Llano Grande State Park, hearing all sorts of wonderful sounds on the Green Jay Nature Trail but not knowing what they were. We did manage to get a glimpses of Hermit Thrush and Clay-coloured Thrush, and gradually a lot of rustling resolved itself into Plain Chachalacas moving with remarkable nimbleness though the low scrubby trees – I had been expecting to see them only on the ground like Turkeys. We also got really good views of White-tipped Dove here, but the highlight was the enormous Ringed Kingfisher that flew over with a huge rattling call in the half-light. Truly impressive.

Once it got fully light we crossed over to the main side of the road to the visitor centre – what we had failed to notice in the dark were the unbelievable swarms of ants. Tiny and non-biting, nonetheless the sheer numbers were staggering – there must have been millions, they covered every square inch of ground and that is not an exaggeration. We later learned that they were an invasive species from South America that were on a steady march across the Gulf Coast.

Now 8am, we mucked about watching the hummingbird feeders for a while before joining a volunteer-led tour as we felt this would allow us to see more. Estero Llano is a relatively new site, but as it has so many diverse areas of habitat the site list is already very large. We had identified this as a good place to go based primarily on eBird sightings lists and indeed it was one of the regular contributors who was leading the walk. We were not wrong, and as there were only five of us it was a really nice experience and we added heaps of species. Starting off at the Visitor Centre and then the walking around the lake added lots of wildfowl including Cinnamon Teal, waders including Stilt Sandpiper (a bird I’d only ever seen in the UK), Lesser Yellowlegs and Least Sandpiper, as well as a Sora, a pair of Vermillion Flycatchers, and a Black Phoebe. 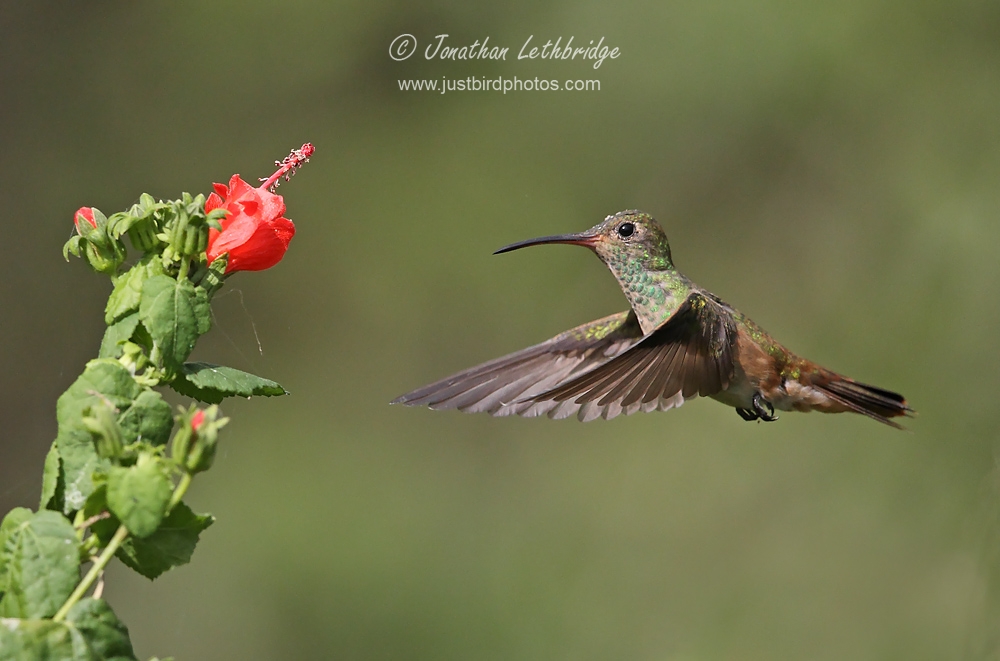 At the furthest lake we scanned for Alligators and Kingfishers but got neither which was a shame – unlucky apparently as most often you get the Ringed and the Green on this lake. Lots of Yellow-crowned Night Herons roosting in the trees at the western end of Alligator Lake though, and a fantastically cryptic Common Parauque at a known roosting spot. Moving up the path and south alongside Dowitcher Pond we were treated to immense flocks of Black-bellied whistling Ducks on the Llano, perhaps three hundred in total, as well as a number of American Pelicans.

Back down the levee and we were in yet more different habitat – Lincoln Sparrows in a grassy field alongside the Spoonbill Trail, and lots of Warblers including a magnificent Yellow-rumped Warbler and more Orange-crowned. Once back at the visitor centre I left Henry at the Hummingbird feeders so he could get some photos, and I continued back to where we started on the other side of the road. I was glad that I did as we picked up both Tropical and Couch’s Kingbird here, another Parauque, and had excellent views of Green Jay and more Chachalacas here at some stocked feeders. Talking of which, be aware that if you travel in October as we did, many of the feeding stations are not yet in operation, and as such – not that it is difficult to find many of the birds – the mind-blowing views of Orioles and Jays that you hear talked-of down by the Rio Grande at places like Salineno are not on the cards. There is a birding festival at the beginning of November, by which time they are all in full swing. I am half-planning a return trip in December next year, so I will let you know!

Our next stop was a Denny’s for another monster breakfast. Henry demolished this and then had some pancakes to fill up. Oh to have that metabolism again. With breakfast done it was on to the next birding spot, a delightful reserve called Frontera Audubon Thicket, a wooded lot seemingly in the middle of suburbia. This too was excellent, and thankfully here we had excellent views of Green Kingfisher, probably the most difficult of the three US species. The reserve is extremely well designed, loads of cover but equally loads of open areas with feeders, and deckchairs and benches set up for visiting birders. Henry and I chose one of these and sat down for a little while to aid digestion, and watched a succession of interesting birds come in a visit the feeders. The best of these was a Golden-fronted Woodpecker that stayed for close to twenty minutes and gave great views. 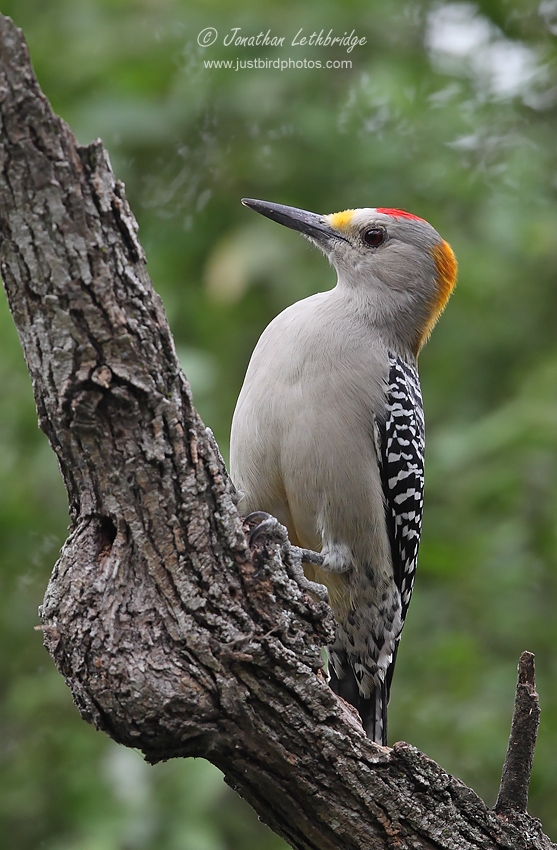 With the day running out already, or that’s what it felt like, we headed to Santa Ana NWR to see what new birds we could find. First on the list were two Northern Jacanas, present on two of the different lakes, but alas we couldn’t find them. We did however enjoy some of the most memorable birding of the trip whilst a small flock of warblers came through, attracted by our pishing of an Orange-crowned Warbler. We added all sorts here, probably more small birds than we had seen combined, with Black-and-White Warbler, Nashville Warbler and Blue-grey Gnatcatcher. The trails took us alongside the Rio Grande so we were literally a stone's throw from Mexico - the closest I have ever been. We added another Green Kingfisher on one of the lakes, and watched a number of Wood Stork coming in to roost - the light was just starting to fade and a great day was nearly over. 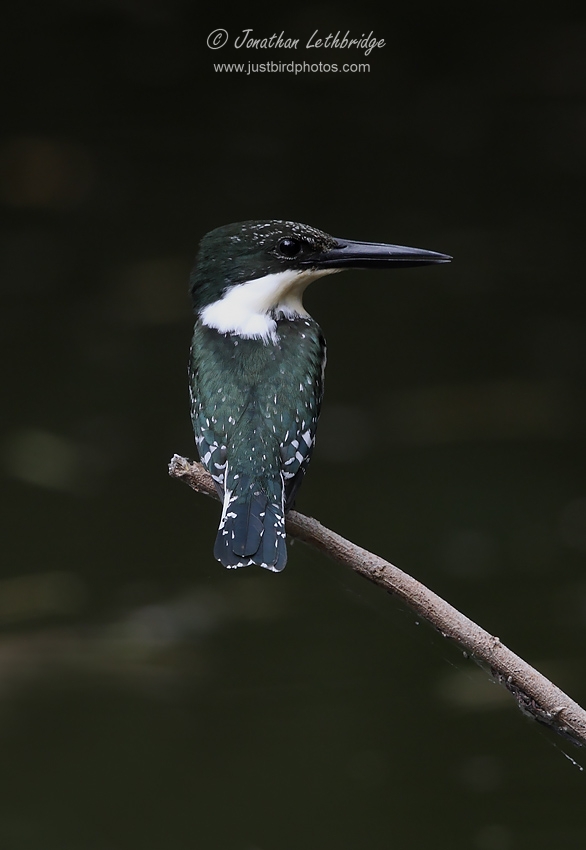 So what better than a side trip to Mexico for a country tick? Only a mile of so down the road was the Donna Rio Bravo border crossing. We weren't quite sure whether this was sensible or not but really what could possibly go wrong? Seeing the immense jam of cars trying to get back into the US, we left the car in America and headed towards the bridge. A disinterested security guard let us through and we simply walked across the bridge and into Mexico. At the other side nobody at all was interested in seeing our passports so we had a poke around, attempted a conversation in spanish, and then turned around and came back. We walked past all the queuing cars and were then beckoned over to a booth by one of the CBP guys who I don't think had ever seen anyone on foot before. I don't think he was impressed, but we were let back in and went back to our hotel for a swim followed by lobster tacos. 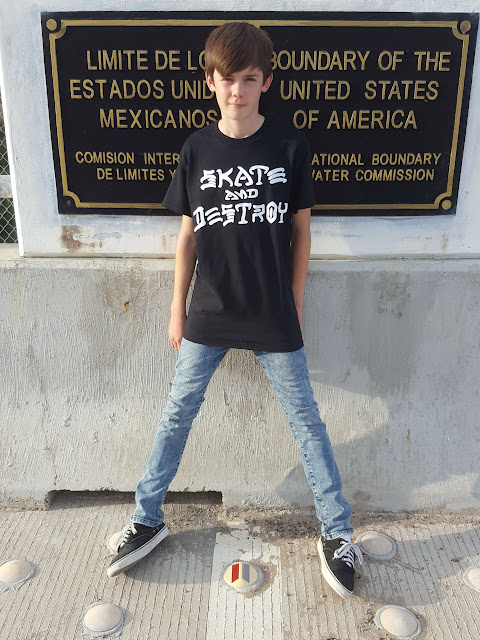 Posted by Jonathan Lethbridge at 15:00