There was some element of surprise in Chateau L a few weeks ago when I signed up for the annual school class camping trip. Mrs L, having asked me a lot of easy questions to lull me into a false sense of security, then slipped it in right at the end. “Would you like to come camping with us?” Sure, I replied. “OK, well you'll have a nice quiet evening at home then, there's lots of jobs you could.......hang on, did you just say 'Yes'?” Yes. Smelling salts were procured, cushions arranged, and gradually wife and mother revived. “You weren't joking? You mean you'll actually come?” Yes. The children set off fireworks, celebrations carried on late into the night.

The day finally came around a couple of weekends ago, following about three days of preparation. Camping materials materialised from all corners of the house and a huge pile took shape in the hall. Sadly we were a roll mat short. Ie I wasn't getting one. Despite my protestations of innocence, it continues to be widely assumed that I threw it away in one of my purges. Anyway, the car was packed to the gills for this one night stay, and we drove the massive distance to the campsite at Loughton. For those of you not familiar with east London, this is all of about ten miles away and takes under twenty minutes. If you already own a house in London (With beds. And mattresses.) frankly it's the ideal place to spend the night, and has the bonus of costing money too.

We soon found the large group of parents and the familiar faces of our youngest's classmates. With two very small 2-3 man tents, we realised very quickly we were seriously outclassed in the camping gear department. Huge tents with individual rooms inside, ante-chambers, conservatories. And it didn't stop there – gas barbeques on tables were being fired up, fridges plugged in, and worst of all enormous air beds were being inflated. I looked wistfully at the bare area where my roll mat should have been. But wait, what's this that Mrs L is handing me? It's only a bloody camp bed! I wasn't aware we had even got a camp bed, then again the last time I had been camping was about in 2002 when I was a lot hardier and had no need of ridiculous home comforts. Where had that been lurking? She didn't know either. The kids went off to play in the woods, she got busy on the tents, and I started work on the camp bed. 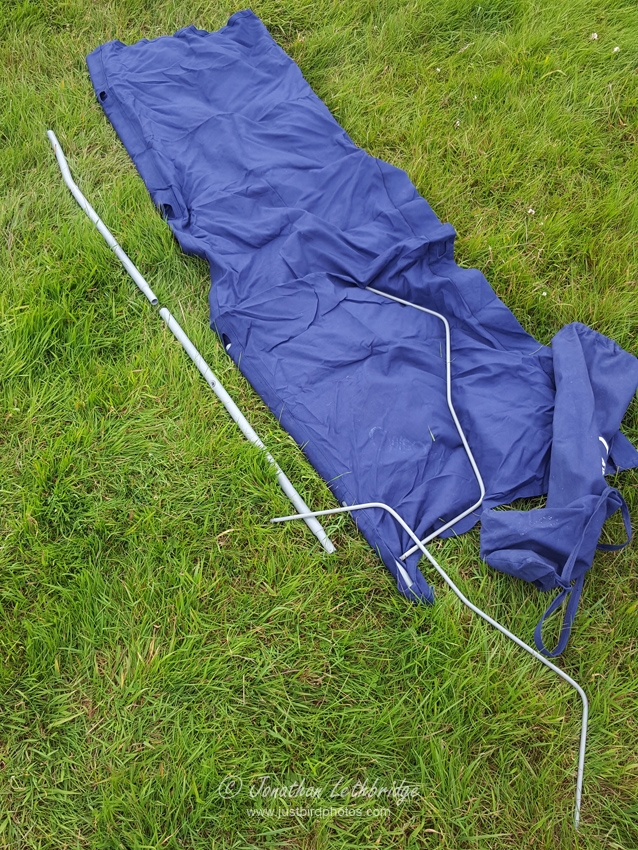 Shaking out the bag there were a few poles, some rudimentary legs, and a cloth contraption that was supposed to stretch between the poles. It was clearly older than I was. So, three poles together to form one side, and slip that into the sewn sides of the unforgiving cloth bit. Easy. Or so you would think. Would it fit? I tried it every which way, but I simply couldn't do it. Exasperating. Meanwhile Mrs L had finished putting up the second tent, unwrapped her self-inflating sleeping mattress and popped it inside, and came to over to show her useless husband how it was done, no doubt looking forward to being able to tell the other parents that she had erected our entire pitch whilst I joined two pieces of tube together and struggled with a third. 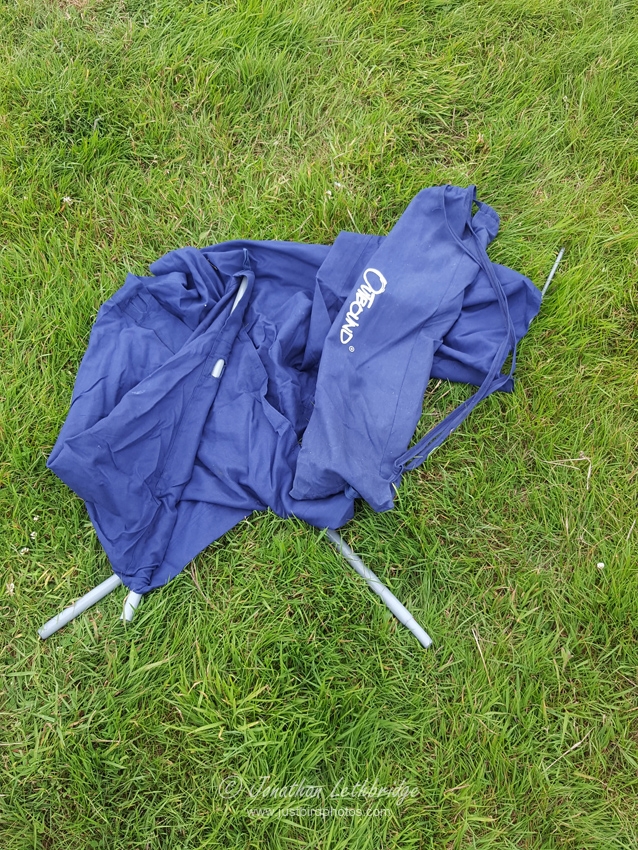 It was obviously an ancient piece of crap. No doubt the height of camping luxury in about 1965, it had no place in the twenty-first century. After both struggling with it for half an hour we admitted sweaty defeat, threw the whole lot in the campsite wheely bin and opened a bottle of wine instead. Screw cap, one twist and I was pouring. True innovation. We rejoined the main group and got out our Tesco disposable barbeques.... Happily one other of our group also had this lowly method of cooking, and together we formed a huge rectangle of grilling happiness that I would like to think had the gas brigade rather envious. 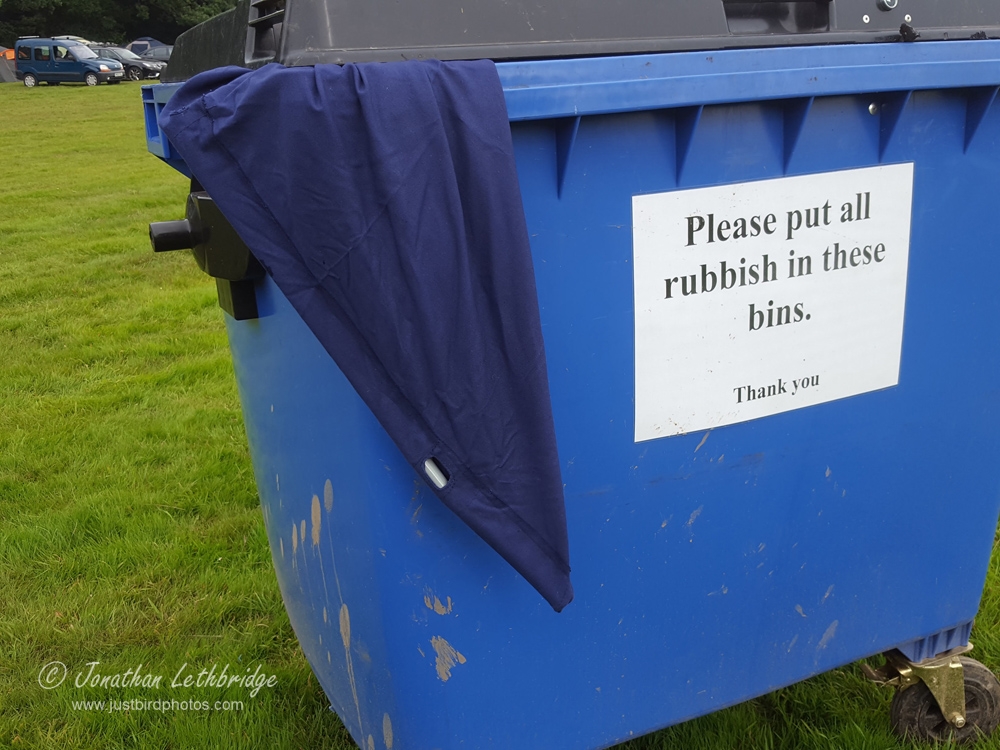 Cooking commenced – sausages, lamb skewers, chicken wings, burgers. Not all ours I hasten to add, this was barbequing en masse. Happy adults, booze flowing, chat and laughter. And then we noticed most of the children were missing.... Clear instructions had been given to stay in groups and to return by a certain time. It was clearly possible that the first edict had been adhered to, but we were half an hour past the second. And this wasn't an enclosed site, it was a series of fields in Epping Forest. Roaming was limited only by the M25..... Cooking was partly abandoned and we all set off in different directions to hunt them down. With no success. With darkness looming one by one we returned without children. The men of course tried to put a brave face on it. So yes, we were down most of our offspring, but on the plus side it was a lot quieter and the burgers were nearly ready. The women on the other hand began to up the ante. Burgerless I set off west into the woods again.

Naturally during my second foray, where I felt I nearly reached the Severn Estuary, the kids returned of their own accord and ate all the burgers. Turned out they had lost track of the time and where they were (go figure) and had asked a couple of teenagers which way the campsite was. Teenagers being the little shites that they are had sent them in the opposite direction FOR A LAUGH, and only when they had found some adults and borrowed a phone to call one of us had things started to recover. Nonetheless it had been rather a shock, there had been tears from many of them and perhaps some important lessons learned, which can only be a good thing. Including never trust teenagers. Once nerves had been calmed (adults mostly, with the aid of wine) things then returned to normal pretty quickly, and after a game of football in car headlights the children drifted off to their various tents leaving the parents to tend the fire and reflect on a near miss. And drink more prosecco.

So, off to bed. I was not looking forward to this at all. I had managed to lay out some blankets that I found in the car to try and provide some kind of cushioning against the hard ground, but it was pretty hopeless. Mrs L slept soundly on her posh mat and I endured a fitful night. On the plus side it didn't rain – our tent has seen better days, and whilst it was once completely impervious to the elements even the slightest moisture now comes straight in. So passed the night, I don't think I slept much and the groans the next morning were pretty impressive. I am not made for sleeping on the ground, and I ached in all sorts of places that I was not aware of being able to ache in. But the point is I camped and I survived. Let's just hope it's another fifteen years before the next outing.

Posted by Jonathan Lethbridge at 20:37