Saturday: Flight arrived early afternoon, leaving enough time to get up into the hills and tick off the endemics on the first afternoon.
Sunday: Early start back at Ribeiro Frio, early afternoon at Canical, afternoon sea-watching at Ponta da Cruz, late evening at Zino's Petrel breeding site on Pico do Areeiro.
Monday: Early start sea-watching from Porto Moniz, Laurel forest birding at Ribeira da Janela, some time on the high plains and then a mid-afternoon flight home.

Saturday
An uneventful flight from Gatwick saw me land in Funchal at around 1pm local time – which is no different to Madeira time. As a minor plane geek I have to say that landing was quite something. The island rises vertically out of the sea, and the airport is perched right on the edge. As you come in you see it all laid out, and then you bank over houses with incredible winds buffeting the aircraft as it comes in to land on the runway which is partially built on stilts. The captain came on and said the wind was right on the limit of what he was prepared to undertake, any higher and we would likely have diverted to Gran Canaria or indeed Lisbon, neither of which would have increased my chances of seeing Trocaz Pigeon. As it was we made it in on the first attempt, and with hand luggage only I was in my hire car and heading up to the Laurel forests in under half an hour.

It soon became apparent that my Peugeot 208 was not up to the task – the winding roads that lead up and into the centre of the island are incredibly steep and I rarely got out of second gear. It took about an hour to arrive at the Levada do Balcoes, which is a mountain path leading to a wonderful lookout over a dramatic landscape, including the Zino’s Petrel breeding colony – more on that later. Madeira Firecrests were literally everywhere, and there were some extremely tame Chaffinches at the lookout. I spent most of the afternoon here simply admiring the view, including getting some great flypast views of Trocaz Pigeon. Plain Swifts repeatedly flew past my head, and in lovely warm sunshine it was a memorable visit. Later on in the day I carried on further north, and found the track up the valley that I had been overlooking, known as the Faja da Nogueira. The road was very rough, but passable with care, and here I had much better views of the Pigeons, and was also able to get some photos of the Firecrests.

I returned to Funchal at dusk, finding my hotel without difficulty, and thankfully it had off-street parking, although fitting into a space did require a 328 point turn. I had dinner at a steak place about two miles from my hotel, but the walk was very nice along the sea front, and the cold beer once I arrived was spectacularly good.

Sunday
Unfortunately my Pelagic the following morning had been postponed until the afternoon due to high winds having created a backlog of customers, but I got up early anyway and went back up to the forests given that the birds there are mostly all races that are either unique to Madeira or the wider Macaronesian archipelago. I got great views of Robin, Blackbird, Goldfinch, Atlantic Canary and a whole host of other common birds, as well as even better views of the Pigeons. It was also a lot quieter in terms of human traffic, and I largely had the place to myself. Mid morning, and with the Pelagic looming, I headed off to the far East of the island and walked the barren pensinsula out to Sao Lourenco, seeing the Madeiran form of Berthelot’s Pipit, as well as many Kestrels and Rock Sparrow. Looking out to sea, I saw the boat I would be on that afternoon making heavy weather, but amongst a scrum of Cory’s Shearwaters. It was looking good, if slightly terrifying, however on my way to the port my phone went off and it was Windbirds cancelling the afternoon trip due to high winds. I would have been happy just with the Corys, however it was billed as a cetacean and birds trip, and apparently there had been no Whales or Dolphins whatsoever. I was really rather disappointed, especially as my original slot had gone out, but there was not a lot I could do about it. 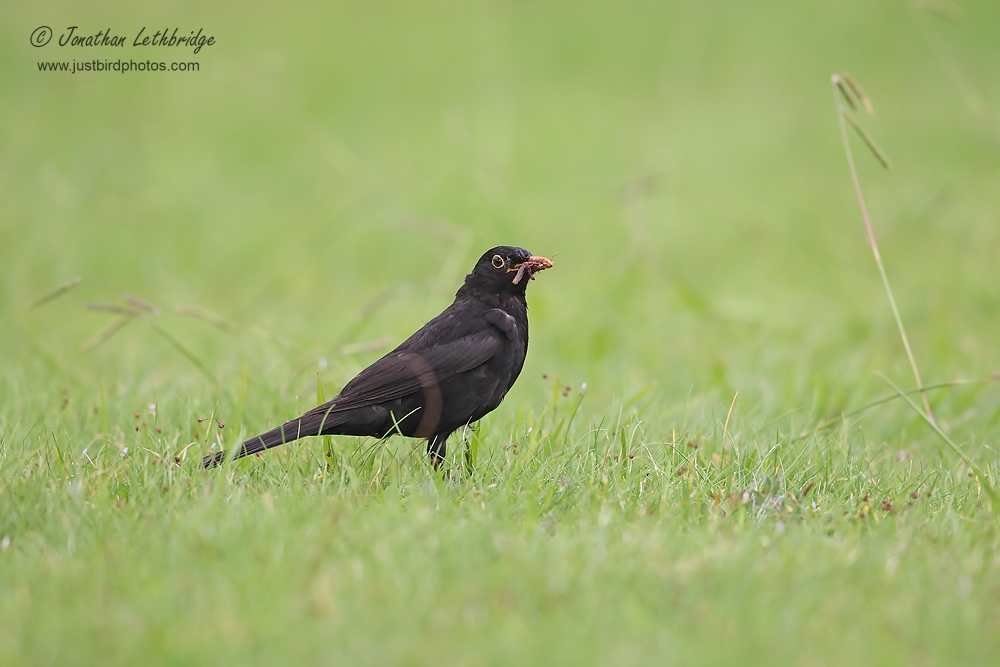 I drove west again to the Lugar de Baixo near Ponta do Sol, where frankly the birds were disappointing. A ton of Muscovy Ducks, some Coots and a Moorhen. I had a long and leisurely lunch on the beach and decided that as I couldn’t get out on the sea I would seawatch from Funchal, so I perched myself on the most southerly point at Ponta da Cruz, and started staring out to sea. The birds from this point are pretty distant to be honest, but amongst the mass of Cory’s Shearwaters were quite a few obviously Bulwers Petrels. Sadly the in the time I was watching the loopy flight of a Pteredroma wasn’t seen, but with more time spent I’m sure you would pick one up.

I spent some time in the early evening wandering around the Santa Catarina Park in central Funchal with an icecream, and then went back to the hotel to rest up (and swim) before my evening trip. I make a point of not paying for birding abroad where possible as I much prefer to do it myself, however in this particular instance you are not allowed to visit the location without a guide at night. This is probably as much to do with health and safety as conservation. I’m of course talking about the famous Zino’s Petrel night safari at the top of Pico do Areeiro. I was picked up at around 9pm, and after a short tour of Funchal hotels to pick up other guests, drove for about 40 minutes to the peak, leaving the vehicle near the radar station and proceeding on foot with headlamps down a path along a ridge. The torches were not really needed as the light from the stars was illumination enough. Living in London you see the occasional star. At the top of a mountain on Madeira it’s a totally different experience – there are thousands of stats. Put bins up to your eyes and this whatever number you thought it was increases tenfold! The guides, Hugo and Catarina led us to a narrow walkway and we all sat down to wait for the activity to start, and I meanwhile lay down on the ground and looked up at the cosmos as well as fiddling about with the bulb setting on my camera, which without a remote release was a real pain!

About an hour after sunset, with the sky horizon now totally dark, the first haunting calls started, a kind of deep whine – a female Petrel. As time went on the males started chipping in, a higher pitched call. The calls became more frequent, and some were very close indeed. This was interspersed with the sound of air rushing over wings, indicating that the birds were close, and sure enough we ended up getting good silhouetted views of birds above our heads. We were at 1800m altitude at this point, interesting to think these incredibly well-adapted birds that are masters of skimming the waves live in burrows at the top of a jagged mountain range. We probably stayed at the top of the mountain for about two hours before heading back, which was largely a climb back to the van – it had been a great experience and I was all tucked up dreaming about ridge-skimming Pteredromas and the endless universe by 1am. 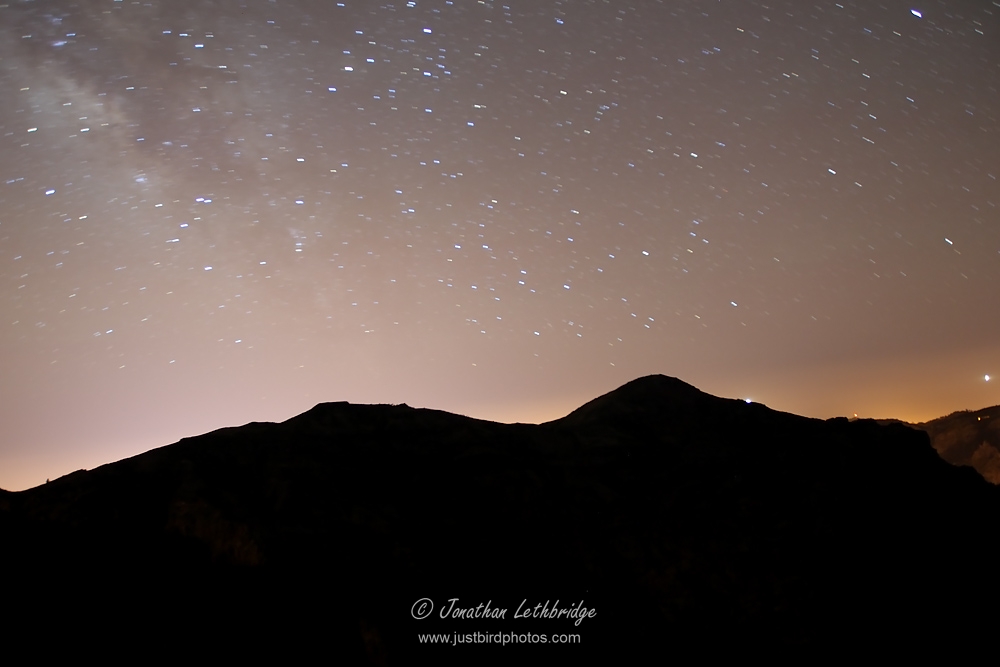 Monday
With my appetite for sea-watching and rare Petrels rekindled, I was at Porto Moniz the next morning staring out past Mole Island. The sea-watching here was excellent, with birds a lot closer in that Ponta da Cruz. At one point the Cory's Shearwaters were piling past at the rate of 80 per minute, and with views good enough to see their beaks and a lot of fine detail this was where I stayed almost all morning before heading up to the Ribeira da Janela just to the east. Here I had even better views of Trocaz Pigeon including for the first time perched birds which I was able to study really well, and I'd easily recommend this as the best place to see this species, although it is further away from the airport than the central locations. Plenty of other good subs here too, including lots of Grey Wagtails of the form schmitzi. 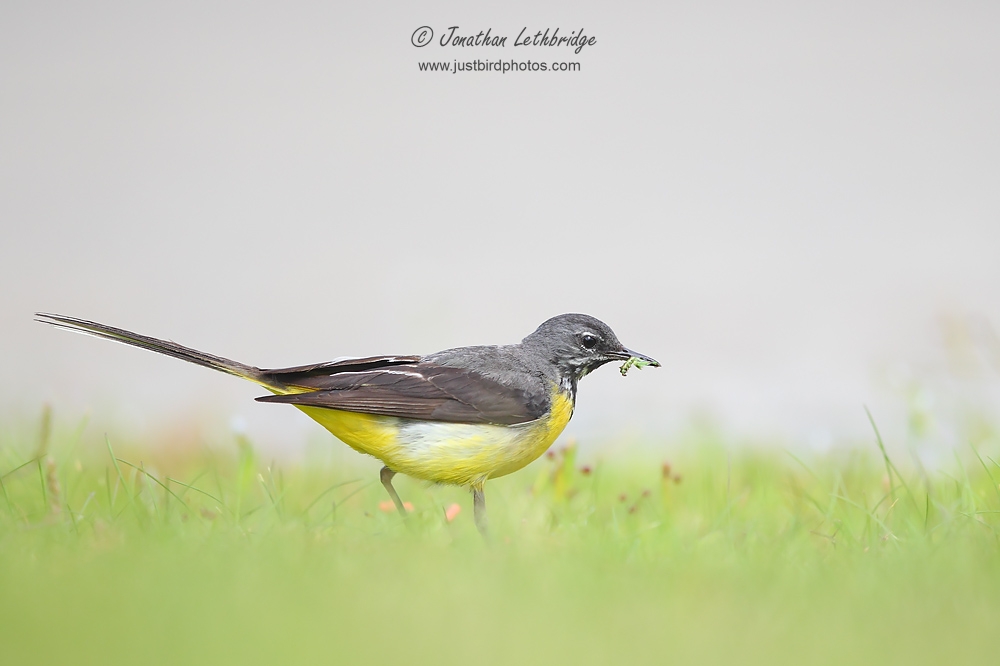 With the flight departing at about 5pm, I had plenty of time to take the scenic route back to Funchal, and so took the ER209 back across the island. This led to some spectacular scenery, including some high-altitude plains with fantastic butterflies, and for some bizarre reason, stacks of Yellow-legged Gulls. My final stop of the trip was at Machico, just east of the airport, where an introduced population of Waxbills are flourishing in the reeds of the river/canal that flows through the town and onto the beach. You can't get into the riverbed, but the views from the pavement just above give perfectly adequate views. A quick fuel stop and a final icecream and that was that. The take-off was in complete contrast to the landing, and I reached a rainy Gatwick at about 10pm, and was home before midnight, another successful European tick-fest safely under the belt. 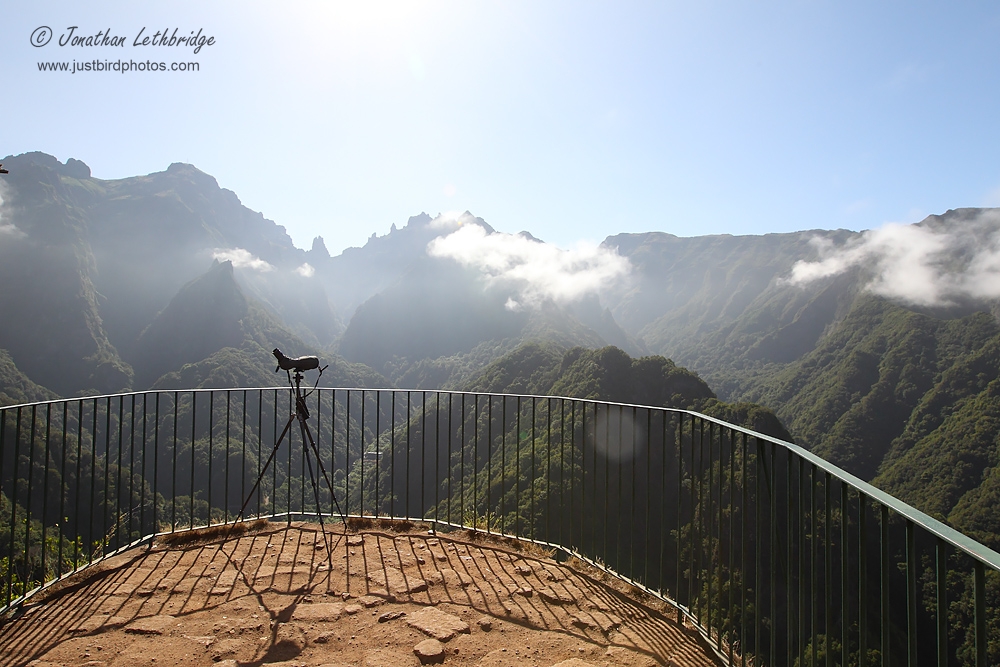 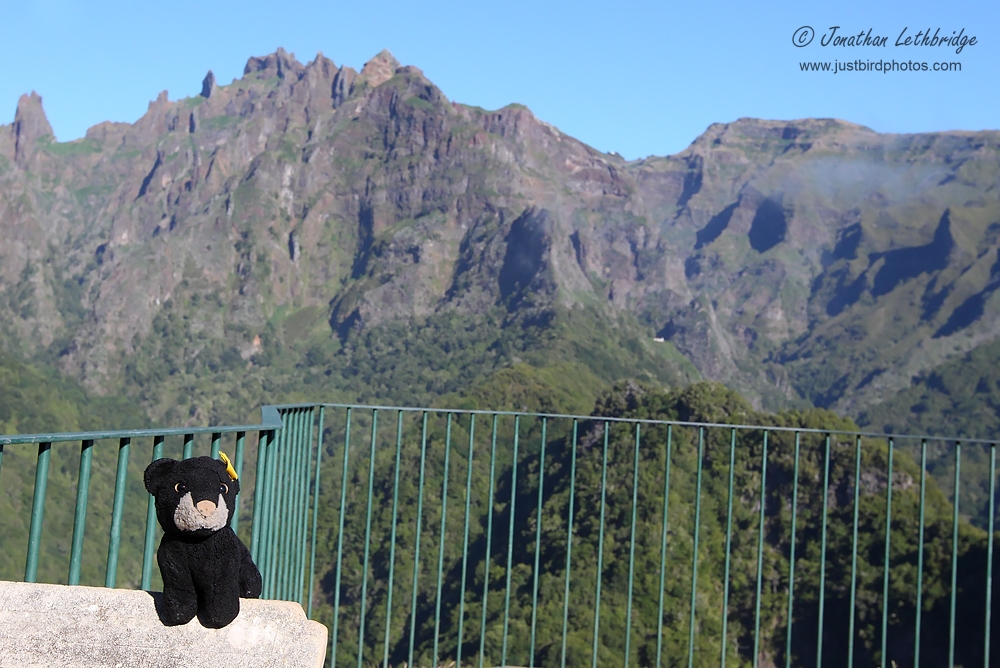 Posted by Jonathan Lethbridge at 15:48