Day 4 – I-90 east to Ellensburg via Lake Sammanish, Denny Creek, Roslyn and Cle Elum. Sagebrush south of Ellensburg, then I-97 to Leavenworth via Bettas Prairie.

I couldn't wait to leave Tacoma and was on the road by 4.30am. Holiday? What holiday! First stop Lake Sammanish State Park where I spent far too long getting confused by Spotted Towee trills, but also saw my first Vaux's Swift high over the lake. Plenty of bird activity, but I couldn't really nail anything and so continued up the I-90 towards Snoqualmie Pass. 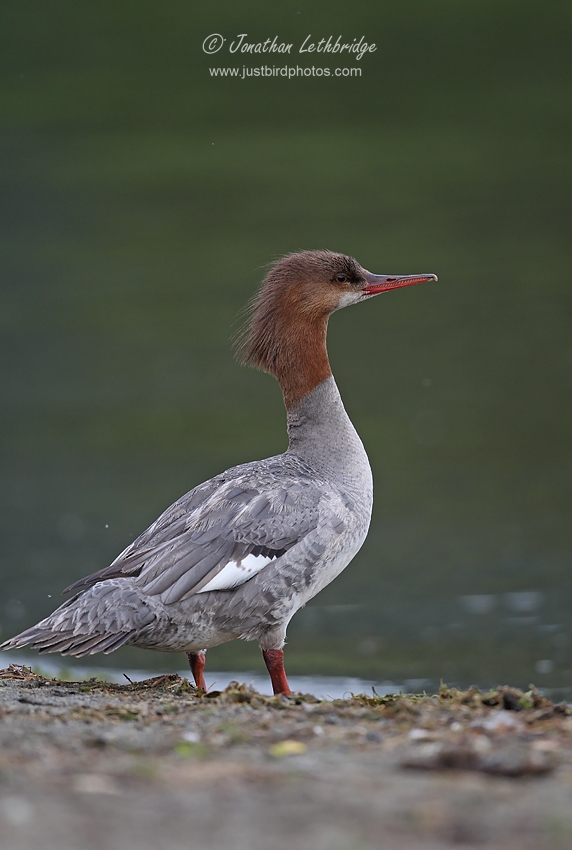 My next stop was Denny Creek Campground, set between the two carriageways of the I-90, so close in places you could hear the roar of the traffic as it headed up the mountain. As I stepped out of the car I could hear Varied Thrush everywhere, but first of all a song I couldn't place? I eventually traced it to a Hermit Thrush singing atop a broken stump, and then the moment I had been waiting for happened. I rounded a trunk on the path and a bird flew up silently. I watched intently, it had been orange, hadn't it? It had gone up, but beyond that no movement – so it must still be there. Cautiously I rounded the trunk, and looked up....... and there it was – an adult Varied Thrush with a beak full of food, no doubt a brood nearby. It remained there, stock still and just looking down at me, giving me time to take a few speculative photos of it in the darkness of the understory. At 1/40s with the 500mm and converter, and with my trusty monopod usefully in the car I cannot begin to say quite how delighted I am with the results, and once I saw that I had somehow got a useable image I put the camera down on the forest floor and continued to study the bird through my bins for the most unbelievable views imaginable.


How on earth I can be so lucky never ceases to surprise me. What a stunner, lovely oranges and blacks seemingly totally at contrast with the mesmerising greens of the pacific slope. After what seemed like forever, I decided I might as well try for a different angle, and just like that the bird vanished. Silently, the forest came back alive. There again was the chatter of the Winter Wren, singing from its high perch, the soft wheets of Flycatchers, various other songs and calls I didn't yet recognise, and of course the soft and plaintive echoes of the Varied Thrushes. A couple of walkers joined me on the track, probably wondering what had caused my enraptured state. I tried to explain, but although they were local they had never heard of the bird so I just told them to listen out – the very next bird call was of course Varied Thrush, and then I showed them the back of the camera. I guess that this is a species which just doesn't figure in the normal list of birds people might have heard of, and they go years hearing it but never knowing quite how special it is up close. Buoyed by this experience I continued up the trail for another few hundred meters, surrounded by bird song and smiling all the way.


My next stop was Rosyln ad Cle Elum, side by side once you have been up and over the pass. I birded a number of small ponds here, starting with one quite close to the Freeway. Mid-morning they were alive with birds – Orange-crowned Warbler, Evening Grosbeaks and Cedar Waxwings all showed well, and a tiny Rufous Hummingbird came in and hovered in front of my face wondering what I was all about. I walked the Coal Mine Trail for a while, starting just west of Cle Elum, but things were getting quieter now as the day heated up. And boy what a change from the dank pacific forests, an instantly noticeable difference in the weather with clear blue skies and temperatures in the high 20s by mid-morning. I added Steller's Jay here, as well as getting my first views of Warbling Vireo for a few years. 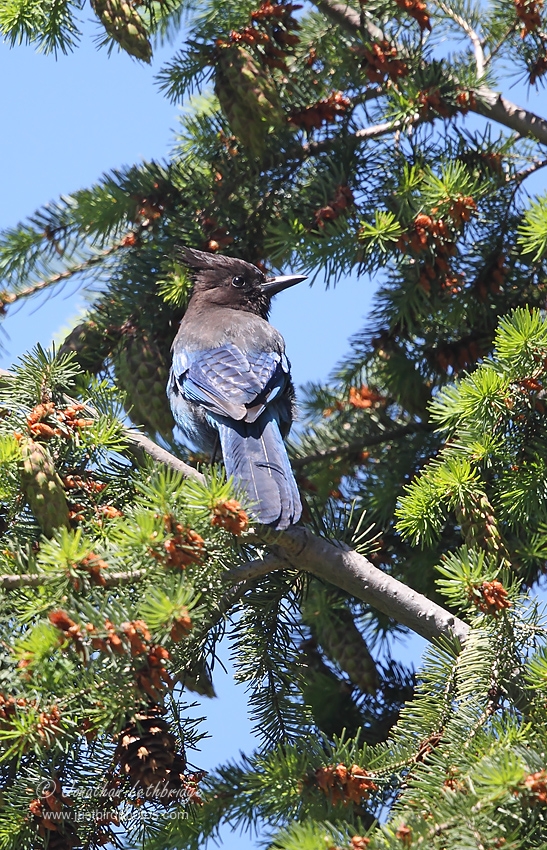 As ever I was behind schedule, and so retraced my steps to the car and carried on along the I-90, heading south once I reached Ellensburg on Umptanum Road which led through farmland and up into my first sagebrush habitat. Success immediately with my first Black-billed Magpies of the trip, as well as numerous Red-winged Blackbirds, innumerable Brewer's Blackbirds, and a hunting Swainson's Hawk on the dead-straight road. There was also an occupied Osprey nest here. As this road began to climb, so the habitat gradually changed as irrigation was left behind. One of the first birds seen on the way up was another new one, Say's Phoebe singing on a wire. A pair of House Wrens foraged on the side of the road, and some California Quail were on a fenceline. Now in full sagebrush country, I wasn't surprised to find my first Western Meadowlark singing away, and before long I had set eyes on a couple of Sage Thrasher. Gradually the terrain flattened out, and I reached the first nestboxes, something I had read of in a few trip reports. As is the case for their eastern counterparts, Bluebirds are a species that are frequently helped by local Audubon chapters, and the group operating here have erected nestboxes all along this stretch of road. So it was the Western, and even better, Mountain Bluebird fell very easily and I got some fantastic views. Essentially until you have seen Mountain Bluebird you haven't lived. With the temperature in the low thirties, any kind of serious photography was simply out of the question so I just enjoyed monumental scope views.


I got even better views of this species along Bettas Farm Road, which is a convenient loop on the I-97 as it heads north towards Leavenworth from Ellensburg. This road had a frankly excellent series of nest boxes occupied by Western Bluebird, and was pretty quiet allowing me to position the car as a mobile hide for some decent photo opportunities. After a decent session I got back on the main road and went up over the pass and down to Leavenworth. A quick jaunt along Icicle Canyon as the sun was setting but the birding was really quiet and I called it a day and went to find some dinner. The following day was shaping up to be another epic. 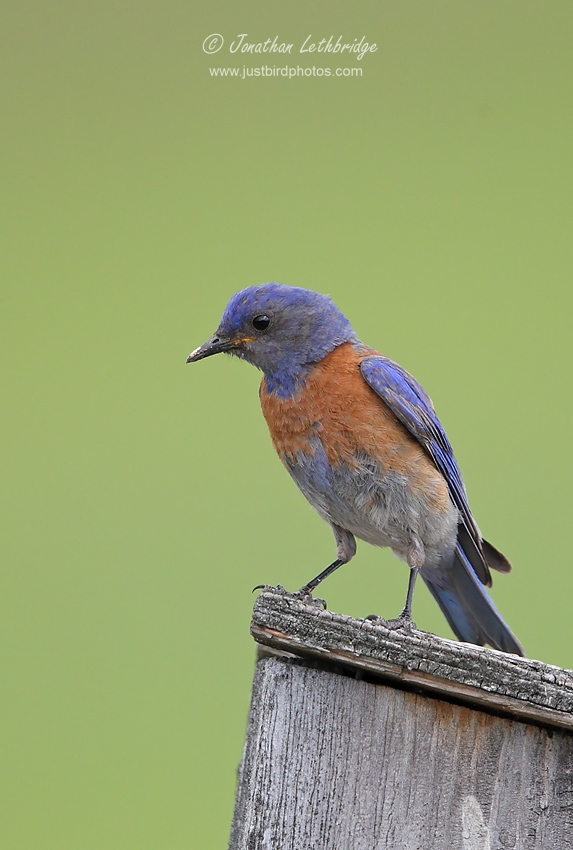 Posted by Jonathan Lethbridge at 21:03