The boat trip didn't depart until 10am, but it's light enough to bird at 5am, so it was that very early on Tuesday morning I found myself at Diamond Point pond, east of Port Angeles, looking for new birds. Unfortunately the weather had other ideas, with the famed Pacific Northwest marine layer sitting thick and heavy. So the Tufted Puffins that might have been drifting around Protection Island remained unseen, with only the occasional Pigeon Guillemot or Harelquin appearing out of the mist. I added Horned Grebe at the limits of what was visible, and Ruddy Duck on the pond, but overall it was rather dire, and the weather didn't improve as I arrived in Port Townsend, with heavy rain now falling. The boat however was going anyway, so I grabbed a coffee and prepared for the worst – a dismal five hours of getting soaked and seeing nothing. It turned out better than that, and as we zipped across the Juan de Fuca Strait it appeared to be easing. Boats operate from half a dozen ports around Puget Sound, from Vancouver downwards, and all of them cooperate by sharing news of sightings. So it was that on this day a pod of transient Orcas had been seen in Canadian waters, and in the absence of sightings further south that's where we headed. This meant a long trip, but with clearer skies I spent the whole time birding – my own private pelagic whilst all the other passengers huddled inside with coffee and cake. There wasn't a massive amount of variety, with Rhinocerous Auklet dominating heavily, but I added Common Loon and Marbled Murrulet on the trip out.


About two hours later we started to converge on a number of other boats, and it wasn't too long afterwards that I was watching Killer Whales. The pod numbered around six or seven, including at least one calf. I've wanted to see Killer Whales for ages, and keep on hoping that I'll get lucky on Shetland on one of my trips up there, but so far it hasn't happened. No need now though, well and truly done! The calf leapt fully out of the water at one stage, but I wasn't quick enough to grab a photo, but I did manage one of its head a little later. After half an hour of slowly circling to maintain our distance, we reluctantly started the two hour trip back to base – not the best ratio of boat trip to seeing Whales, but I could have missed out, and although I had a reserve day built in I didn't really want to have to take it up. 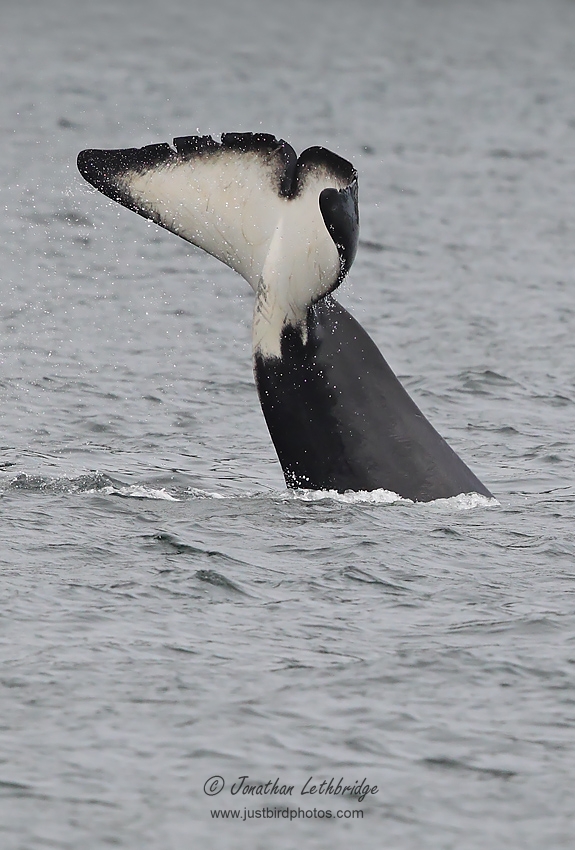 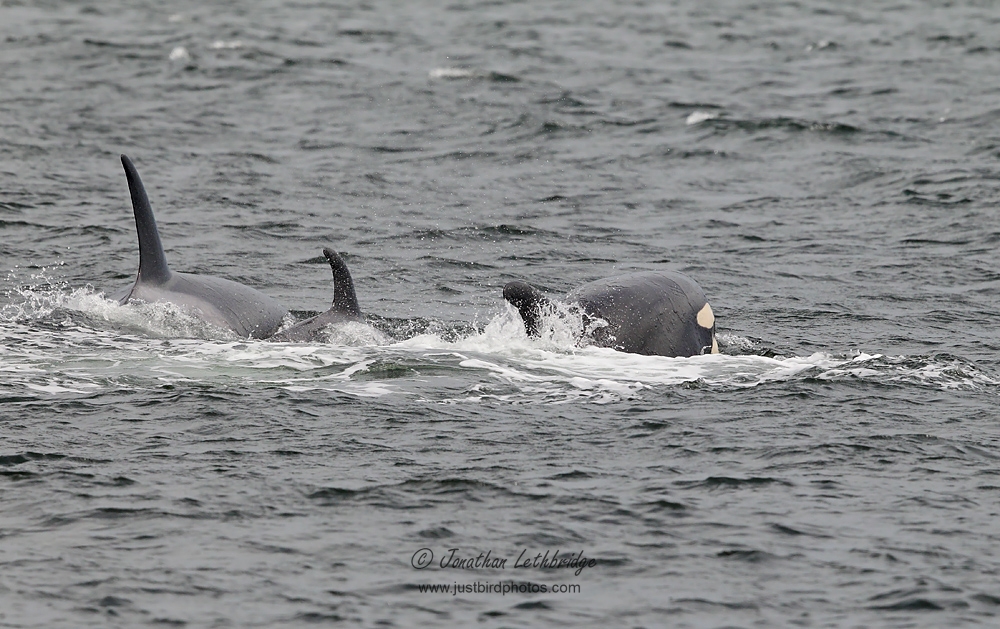 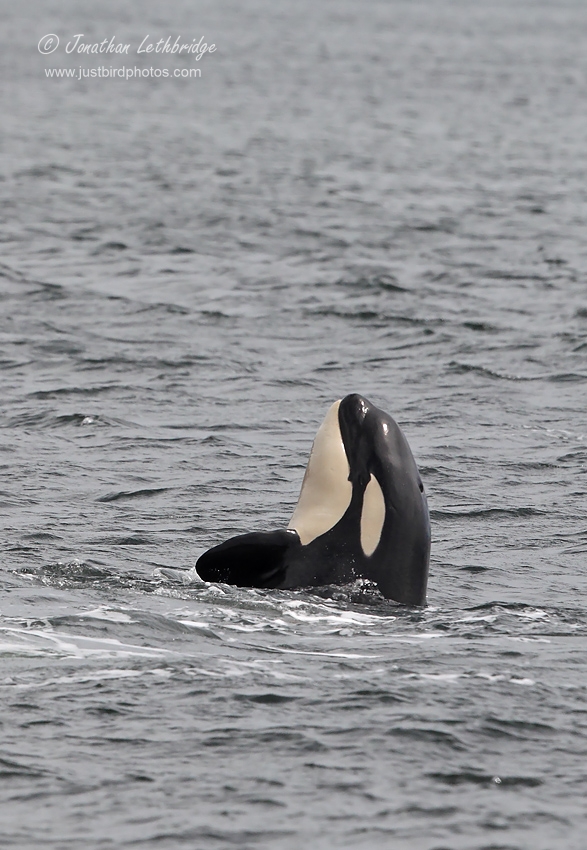 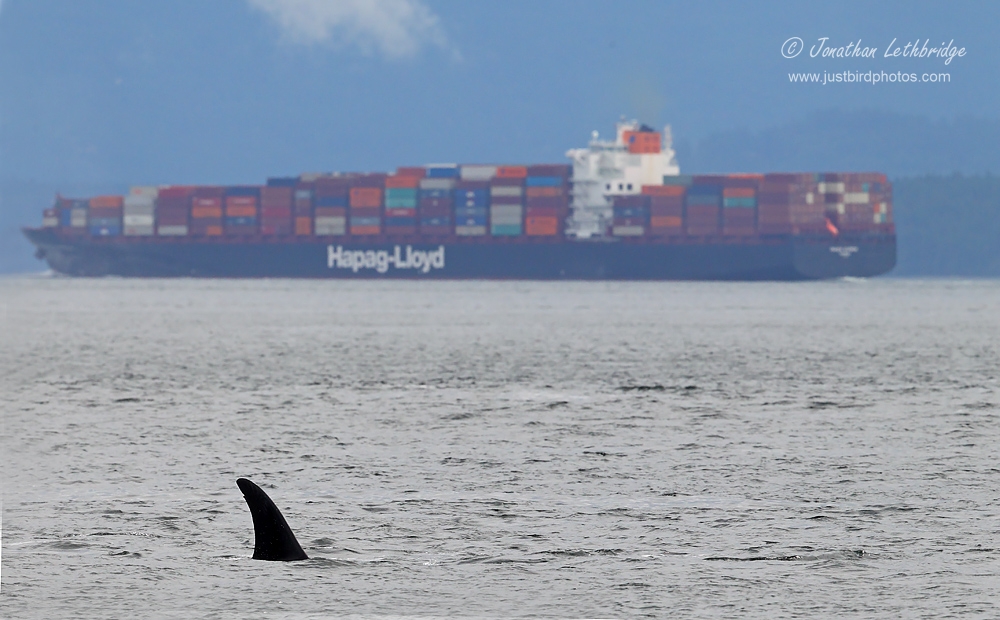 Once back on land I went and took a few photos of some Gulls I had seen as the boat arrived in the harbour, thinking that distantly some had looked rather dark. Heerman's Gull, I should have guessed, and as Gulls go a pretty decent looking bird. A mixture of adults and second years mixed in with the usual fare of Glaucous-winged and Californian, and they were the only ones I saw on the trip – to be fair I wasn't looking hard. I know some people who would probably miss out on all the decent forest stuff if they came over here, and only look at Gulls – I've done the Varied Thrush so you don't have to lads! 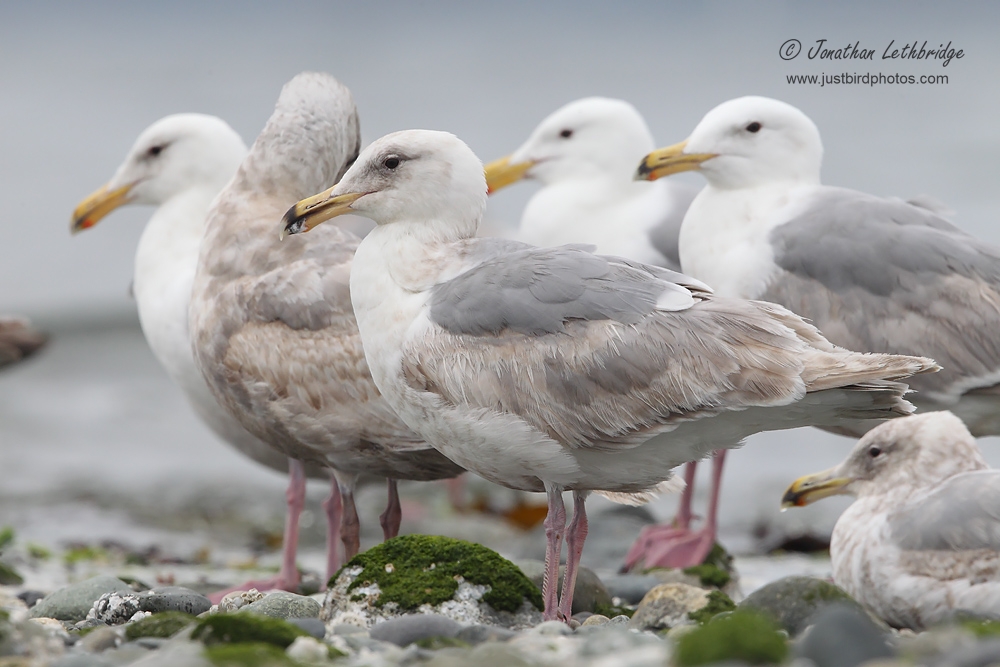 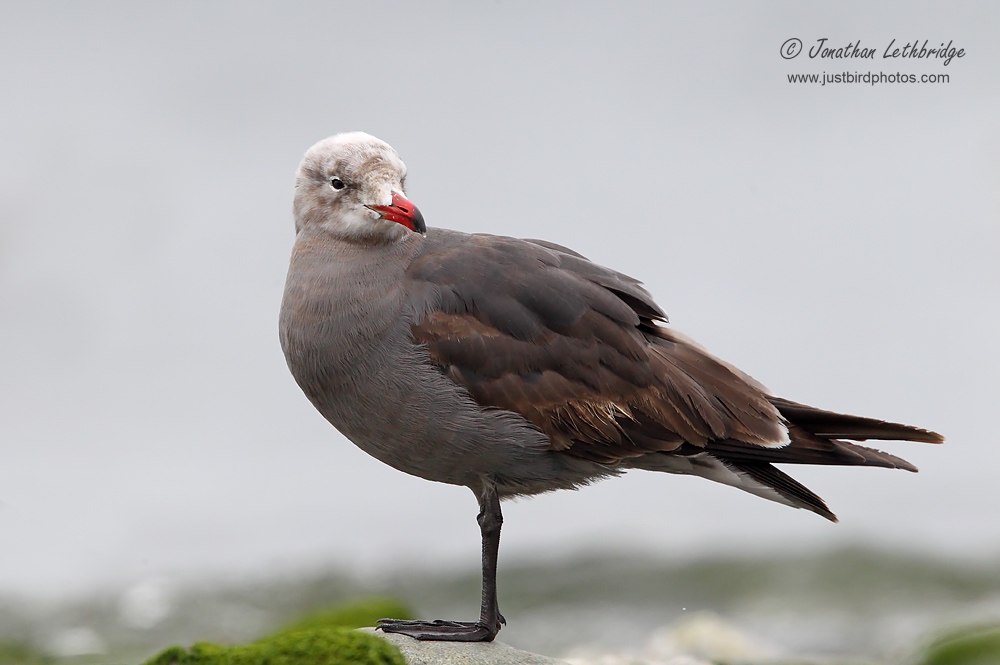 Leaving Port Townsend, I moved inland a short distance and started to bird some scrub and lakeshore habitat at Crocker Lake. All sorts of goodies here, with Common Yellowthroat and Palm Warbler mixing it up with Cedar Waxwing and Hairy Woodpecker. I managed to pish in a smart Wilson's Warbler here before slowing driving the length of West Uncas Road, which added Willow Flycatcher, Western Wood Pewee, and Golden-crowned Kinglet. I went back to Port Angeles via Diamond Point again, but the weather on the coast was still lousy and although I could see slightly more there was still no point. Dinner and bed.

Posted by Jonathan Lethbridge at 23:38