I woke up at 4am, wondering where I was. Vancouver of course! Rather than drive south into Washington the previous night, which I could easily have done in retrospect, I stayed overnight and was at the Avis counter when it opened, and a short while later was the proud owner of an enormous white GMC jeep thing. At that time of the morning the border crossing was uneventful, and now in the US I was itching to do some birding. An interstate rest stop provided the first opportunity, and in the shady margins I found Swainson's Thrush, my first western Juncos, and plentiful American Robins. A Red-breasted Sapsucker provided a bit of colour, and was a the first tick of the trip – booked many months ago and thus allowing the excitement to build and build. It would have been easy to stay and bird here, but I knew there were better stops ahead. 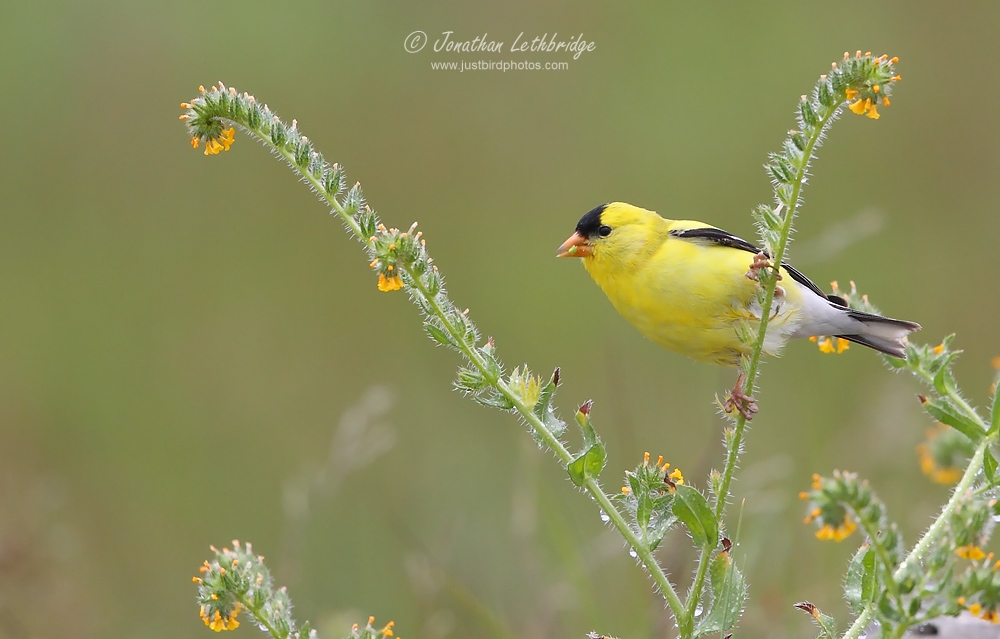 The first of the these is Deception Pass, shortly after you head west onto Fidalgo Island. Here I saw my first Bald Eagles and was able to study the Gulls for the first time – a monoculture of Glaucous-winged, the majority adults or near so. From a view-point near the bridge I scoped my first Pigeon Guillemots and Black Oystercatchers. Further south, on Whidbey Island, I spent quite a bit of time at Admiralty Bay before catching the ferry from Fort Casey. The shoreline held numerous Harlequin Ducks, unfortunately on the shoreline owned by beachfront properties and thus off limits, a few White-winged Scoters, as well as Caspian Terns and more Pigeon Guillemots. A Killdeer with two chicks warned me away from the front lawn of a tidy-looking house, but the main interest was the wetland area immediately behind the beach. A male Northern Harrier hunted the reeds, and I added many of the American Ducks to the list here. Red-winged Blackbirds and American Goldfinches were fairly obliging, and several bright House Finches were seen. I probably birded around here for a couple of hours before deciding to head for the ferry that I could see steaming in – there's no need to book this crossing. 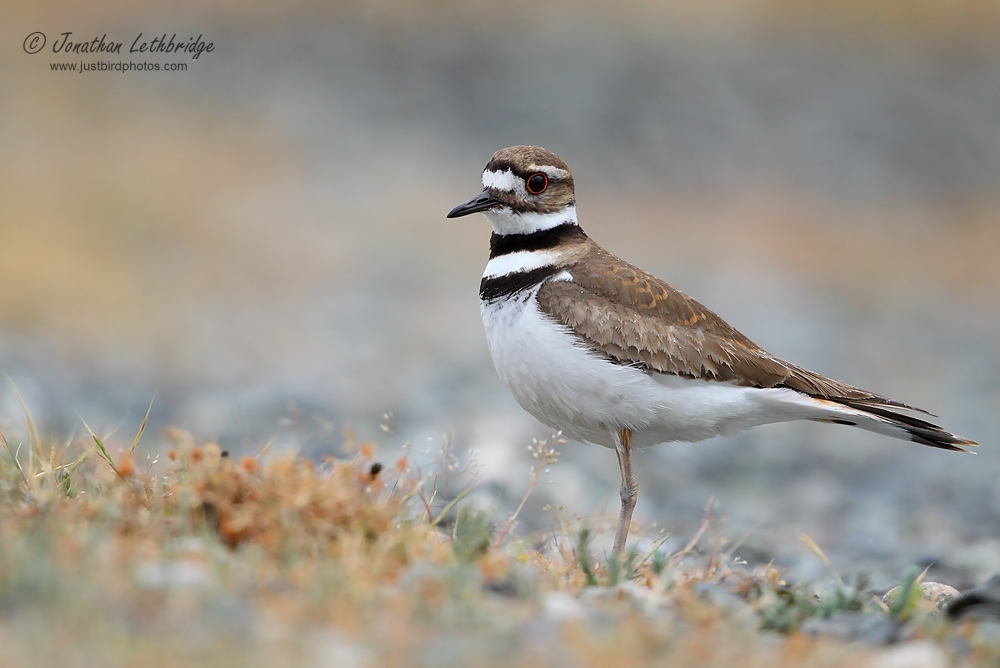 I treated this brief crossing as a mini-pelagic, and picked up my first Common Murres, Rhinocerous Auklets, and a Pacific Diver. There were fewer birds than I had been led to believe, but with most being new it was still an exciting trip, and at only $13 for me and the car, decent value, as well as cutting out loads of miles for anyone approaching the Olympic Peninsula from the north. 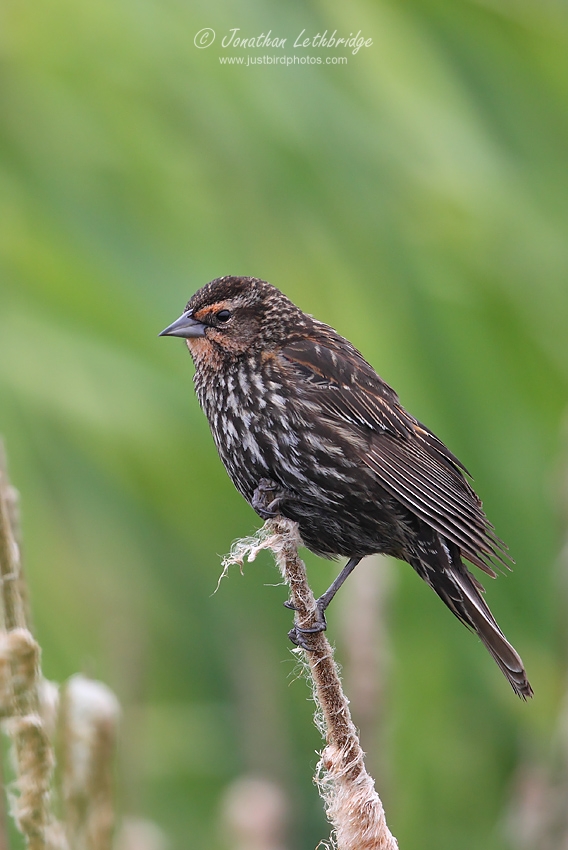 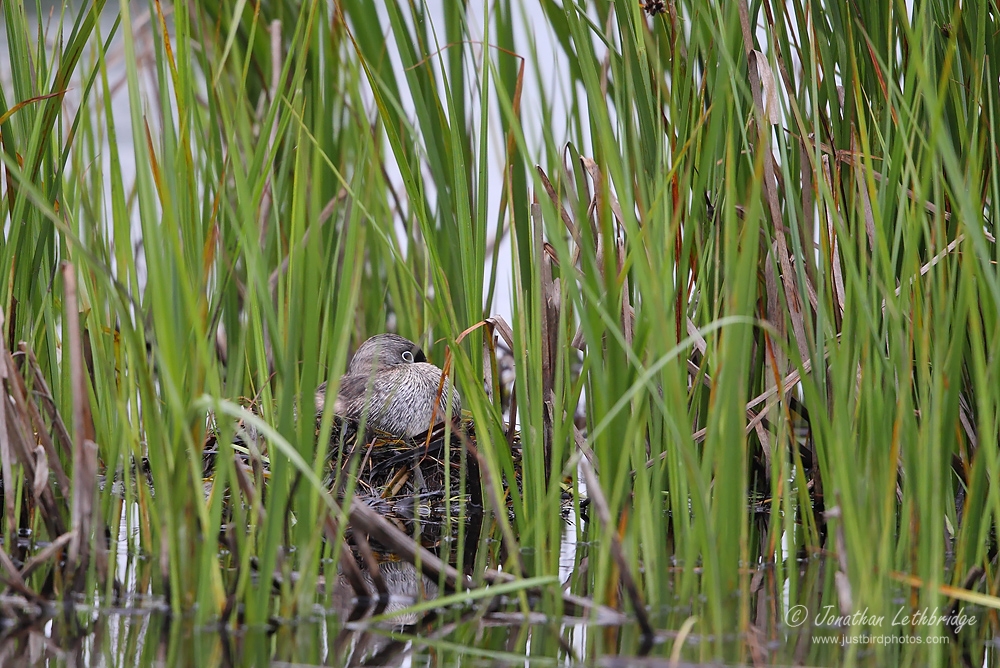 I then birded my way around the coast west to Dungeness, ending up at the river mouth there. This was a fantastic spot with yet more new Ducks – lovely drake Blue-winged Teals the highlight, and hundreds of Hirundines. As I worked on a couple of Red-headed Blackbirds, a commotion to my right made me look up, and all of a sudden a Bald Eagle was sweeping in, trying for a wildfowl meal, and attracting the irate attention of many of the other residents. I swung the camera up and towards it, dialling in the exposure compensation as I did so (this is where the all-the-gear-no-idea crew would get a series of absurdly blown images!) and rattled off a series of shots an incredibly plucky Brewer's Blackbird flew in and actually landed on the Eagle's back and gave it a good peck! It was over in a heartbeat, three seconds from the first image to the last, and the Eagle didn't give a damn! I've included here the first image from this series, and will post the sequence in a separate post later. With that excitement over with I continued birding, picking up Savannah Sparrow, and a Pied-billed Grebe hidden in the reedy margins. Exploring the shoreline netted Western Sandpiper and more Killdeers, and for anyone visiting this location, be sure to scope the wooden pilings just offshore as underneath the Cormorant colony are a few Purple Martin nestboxes – this was a much-wanted species and not at all widespread. 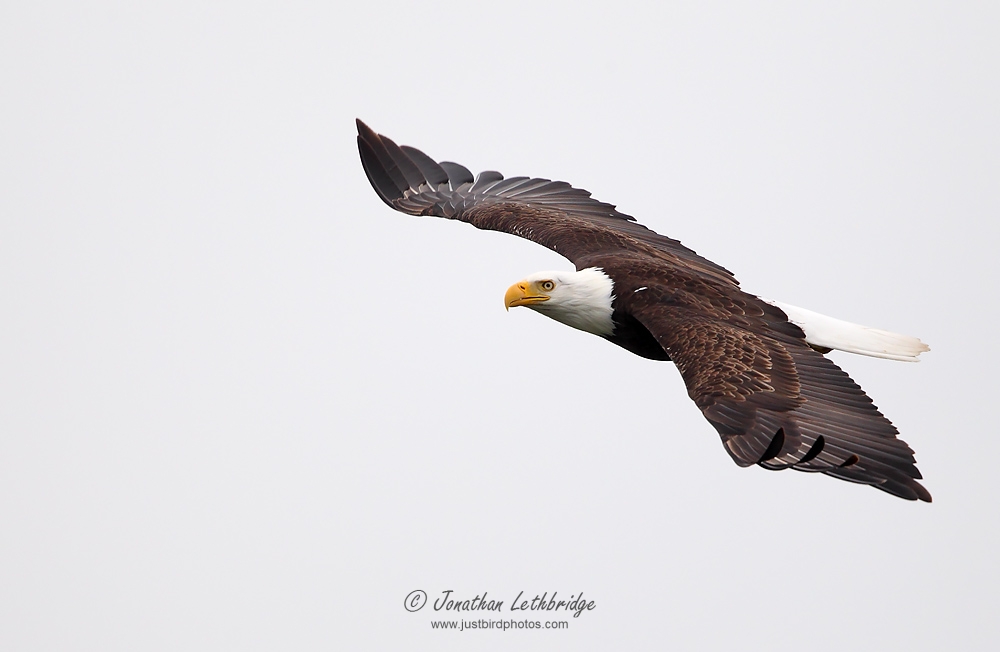 I continued west to Port Angeles, my base for the next two nights, and seeing as it was light until 9pm or so, went for an evening drive up Hurricane Ridge. This excellent birding road runs from sea-level to around 5000ft, with numerous safe places to stop. Unfortunately for me it was enshrouded in thick cloud from very nearly the start to the very top, so whilst I heard the mournful calls of Varied Thrush, I had no hope of getting a glimpse of one. Retracing my steps down the mountain I checked into my hotel a tired man, but excited about what the morning would bring – I had booked a Whale watching trip before leaving, and the waters of Puget and Juan de Fuca Sounds are amongst the best places in the world to get sightings of Orca.
Posted by Jonathan Lethbridge at 18:08