Gah! Another proper trip report! Actually they're pretty easy when the trips are as short as mine typically are, and this was possibly my shortest ever, clocking in at slightly less than 48 hours outside of planes and airports. The aim of the visit was very straightforward - see, and take photos of, Cyprus Pied Wheatear. As you will see I managed this and a fair bit else besides, though clearly there is only so much that can be done in such a short time-frame. 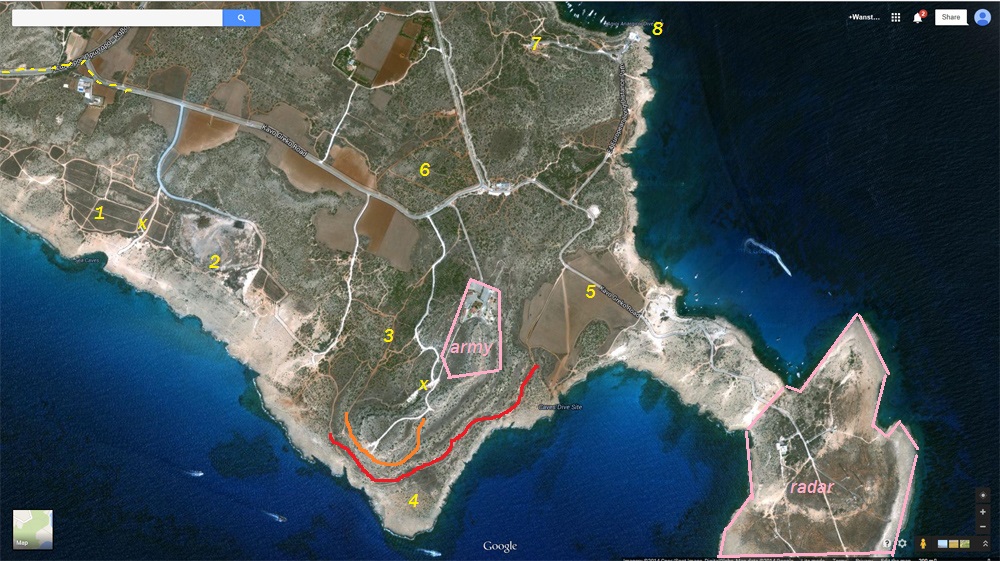 
Leisurely start, Gatwick for mid-morning, took off about lunchtime, arriving Larnaca at about 6pm, which is 2 hours ahead. Picked up my heap of a hire car and was off - the motorway network makes travelling along the south coast a doddle. Arrived at a massive hotel called Nissi Beach for around 7.30pm, dumped my bags and walked into town to find some dinner. All the restaurants are identical, and good luck finding one that isn't showing a UK football game..... No birding whatsoever, today was all about positioning!


The clocks had just changed, so sunrise was around 6.15, so I was up for half five and at the Cape Greco dump tracks for first light. First bird seen was a Swallow! Much windier than I was hoping but still masses of bird activity, including large groups of Yellow Wags just in - amazing views of Feldegg, such smart birds. Gazillions of Crested Larks and Tree Pipits, and a very smart Red-rumped Swallow, the only one I saw. A pair of Black-eared Wheatear, Stonechat, and my first views of Cyprus Pied Wheatear. I was so excited I didn't know what to do next, so while the light was still lovely I went to the Picnic Area where I got brilliant views of Cyprus Warbler from the car and then still super excited went to site 4, taking the orange path in order to get out of the stiff westerly wind. There were Chukar Partridges everywhere. 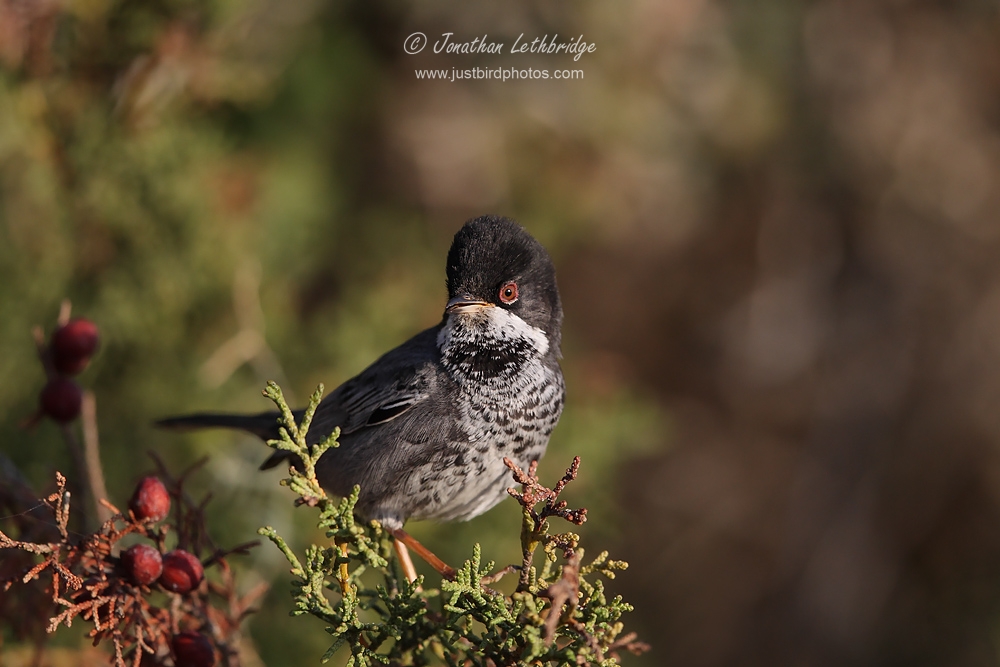 This was fantastic, as I warmed up very quickly and getting decent images became a lot easier without the birds being blown all over the place. A superbly confiding pair of Cyprus Wheatear here ended up taking an an hour whilst I did them justice, but it was time very well spent and as far as I was concerned, mission accomplished. I then spent a bit of time working my way around the main area of scrub where I caught up with Ruppell's Warbler, before heading back to my hotel for a hurried breakfast before they finished up at 10am.

Returning to Cape Greco I took the lower red path and found Blue Rock Thrush, a couple of Cuckoos fresh in, and had tantalising views of a Wheatear on the cliff face that most closely resembled White-crowned Black to my mind. Definitely not Cyprus Wheatear, it annoyingly did a bunk before I could photograph it. I was having a wonderful time birding, so thought little of it and carried on pootling around. By now the light was pretty harsh, and photography was basically over so I tried the Pines which were dead with the exception of Hoopoe and large numbers of Greenfinch and Goldfinch. I decided to return to Cape Greco later on in the day, and went off to try and find some different habitat, doing my driving in the heat of the day. A quick stop off at Agia Napa Sewage works (accessed north of main road about 500 yards west of Kermia Beach hotel) netted Greenshank, LRP and loads of Little Grebe, but zip all else. 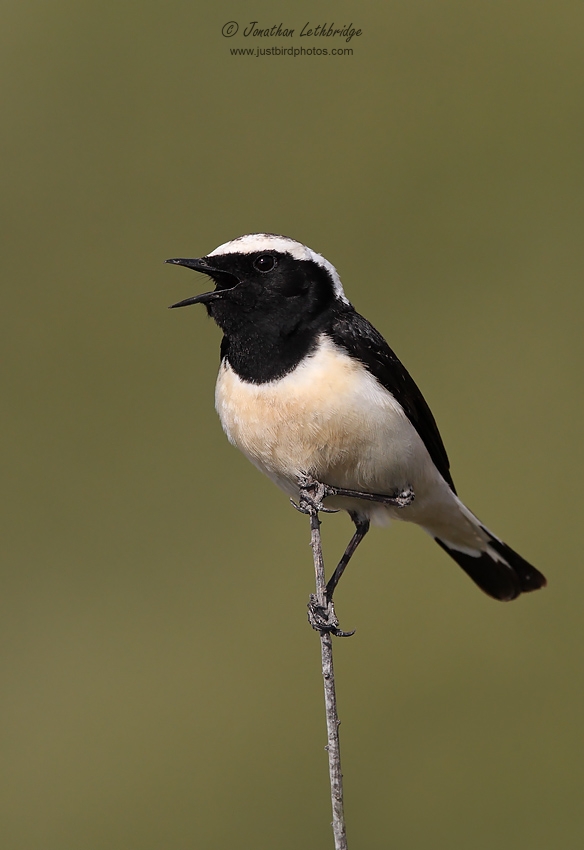 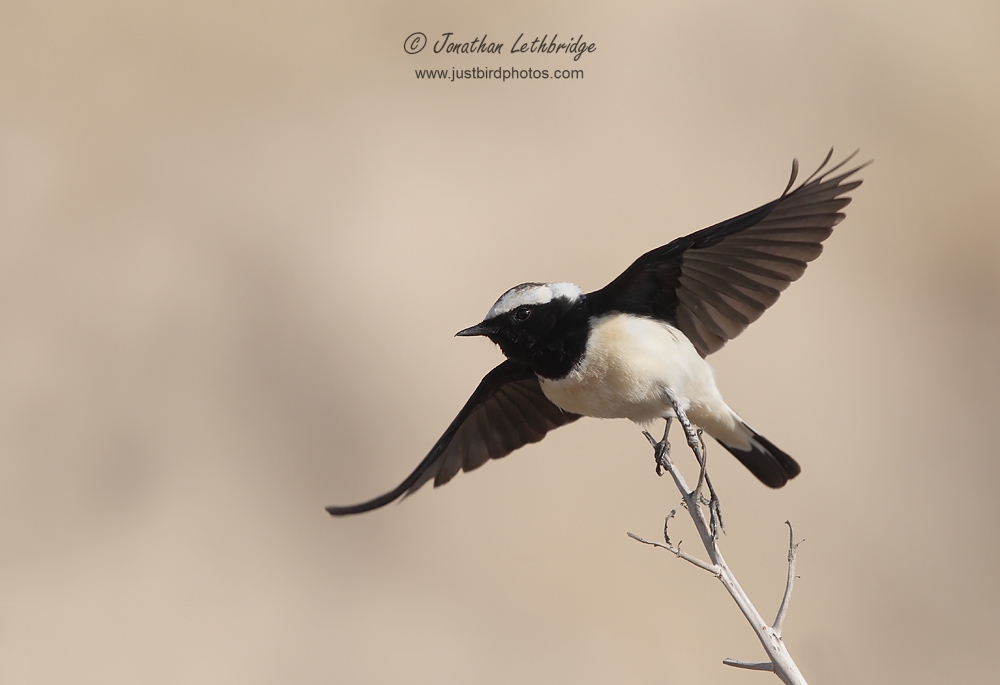 Paralimni/Sotira was almost completely dry bar a small amount of water on the west side next to the cement works, and was completely bird free, so I spent no time at all here and traced my way down to the A3 and headed back towards Larnaca. Oriklini, a small wetland area, is well signposted from the motorway, and a stone's throw from the sliproad are a couple of decent hides, one at either end. The northern one was by far the best, and in addition to a small group of Flamingos, I recorded Red-crested Pochard, Shoveler, Garganey, Teal and Mallard, with waders made up by Ruff, Black-winged Stilt, Snipe, Redshank, and Black-tailed Godwit. Best of all were several Spur-winged Plover, a much hoped-for target. First House Martins and Swifts feeding here. It was here I got a text from Mick about a Hooded Wheatear having been found somewhere on the island....oh shit...... Despite no location, I had a horrible feeling, and so headed back to the cliffs at Cape Greco. Predictably no sign, and sure enough, later that evening when more news was available it was in precisely the place I had been. Notched up a lovely Northern Wheatear, and a cracking Izzy Wheatear in the glorious sunset, so not all bad news. 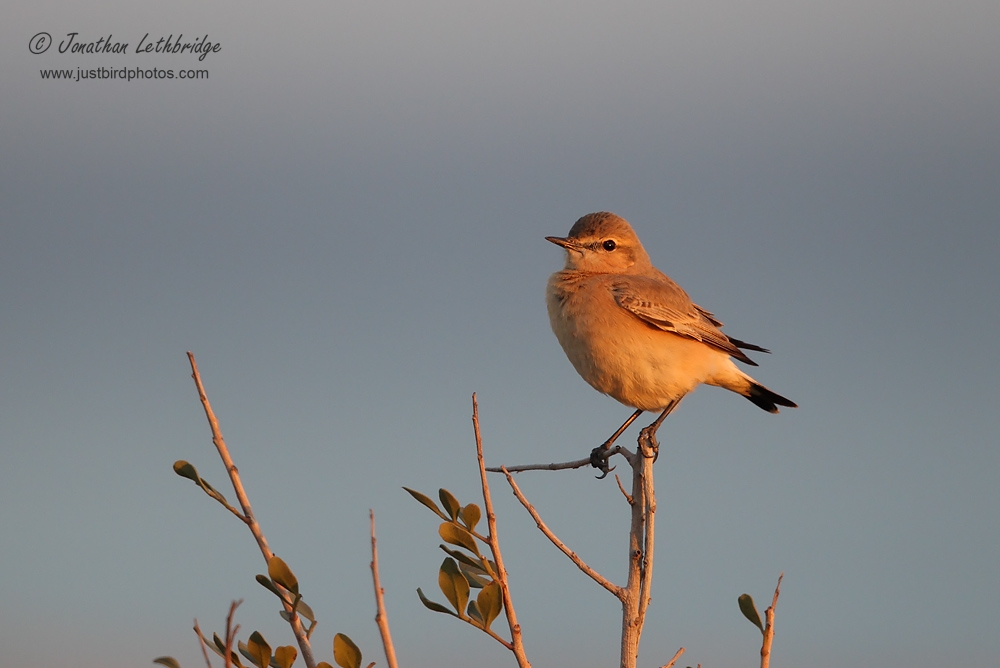 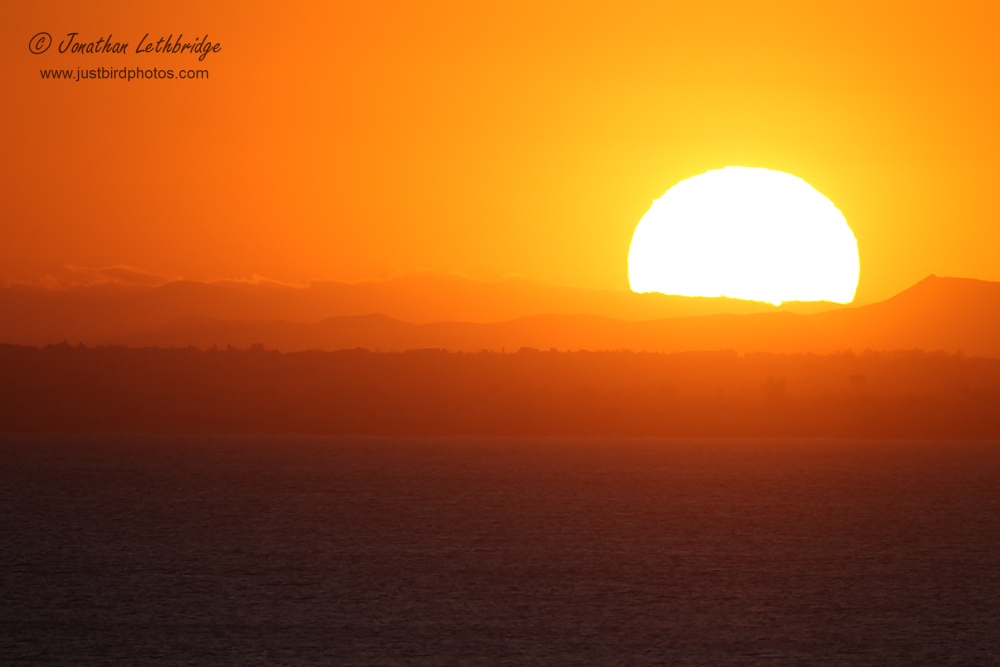 Nonetheless a quality day with five new birds, and pretty decent images of my primary target. I know it sounds silly to travel abroad for a single bird, but I have this minor bee in my bonnet about putting together a photographic record of all Wheatear species. Celebration in another tourist dive, with a Keo beer and a kebab. Mmmmm.

Day 2 - Monday
Final day! Started at Cape Greco again, this time on the cliff paths looking for the Wheatear. No joy, so instead birded areas 3, 2 and 1 in that order, the highlights being another friendly Cyprus Wheatear with the sea as background, and a Great Spotted Cuckoo. Jammed some images of Tree Pipit whist trying and failing to approach the male Black-eared Wheatear which was having none of it. A Harrier "in off" but into the sun went unknown, but looked slim-winged - the time of year is good for Pallid but I couldn't get any detail on the bird at all. My morning three hours up already, I had another rapid breakfast back at the hotel, and then returned to try and get images of a male Ruppell's Warbler. I couldn't manage it, but did add Wryneck and Redstart to the trip list, plus several more Hoopoe. Lots of Chiffs and Lesser Whitethroat moving through, and a notable increase in Northern Wheatear. 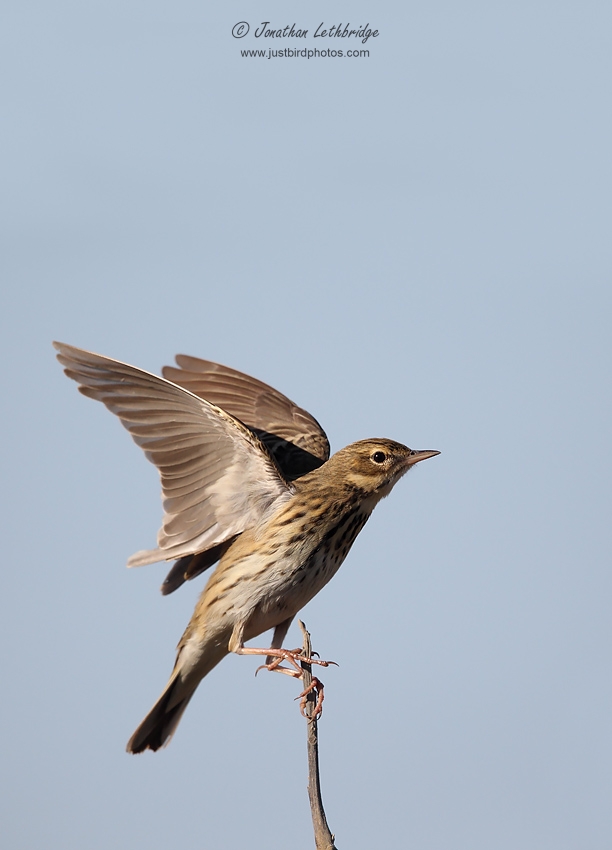 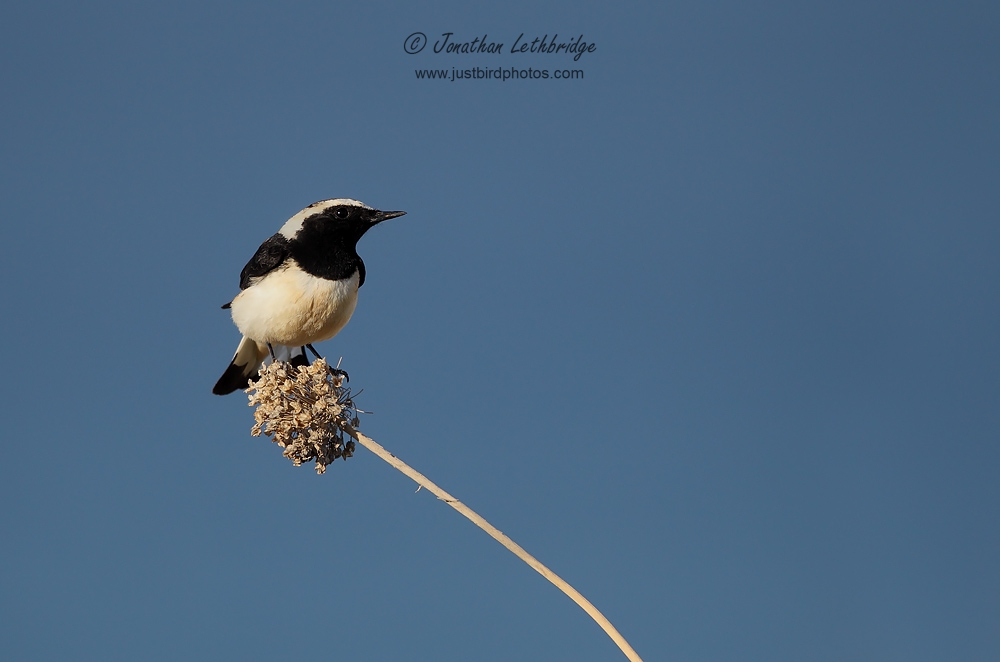 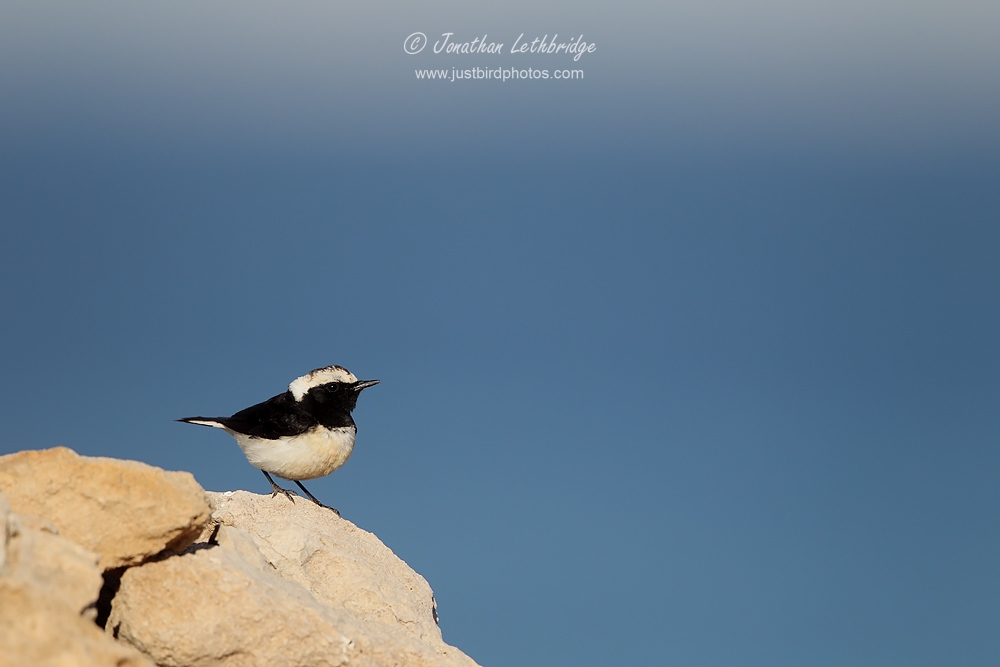 At midday I gave up and decided to head west, but not before finding a Woodchat Shrike near the track that leads to the dump. I needed to be back at the airport for around 8pm, though dusk is at around 7 so a moot point. First stop Achna Dam, a litter-strewn lake north of the A3 at Ormideia. I added Moorhen here (woo!) as well as Wood Sandpiper, Common Sandpiper, and two more Spur-winged Plover. Cetti's and Reed Warbler were on the margins, with many feeding White Wagtails and Marsh Harrier overhead. A pretty disgusting place with loads of crap everywhere and low water levels, so I didn't give it long, and went onwards to Oriklini again, where the Spur-winged Plover count went up by another six, although by and large the birds were exactly the same as the previous day. When I pointed out a Garganey to a man in the hide he asked if it had a long beak like an Avocet. I confirmed that it did. 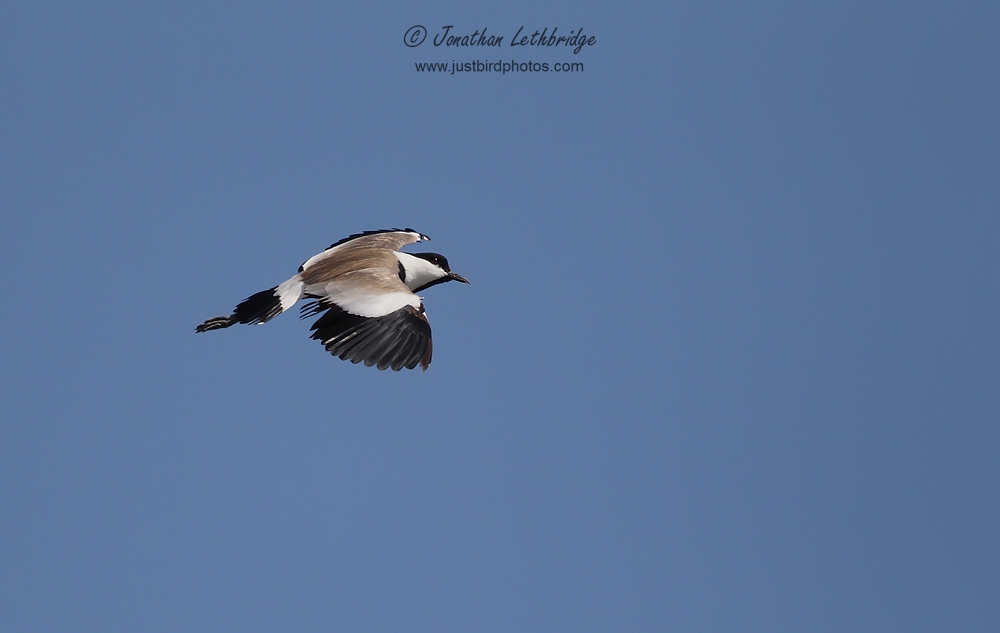 Larnaca salt lagoons were disappointing, with only Kentish Plover and Green Sandpiper added, six more Spur-winged Plover, but otherwise almost no bird life at all. Isabelline Wheatears and Crested Larks omnipresent, but very little else, and the shoreline is also devoid of life. I guess like all places some areas are good and some are poor, but it had looked very promising on a map. Akrotiri, further west near Limassol, sounded very similar and is getting one great bird after another at the moment - I would have gone but it was a further hour west that I didn't really have - perhaps a further day would have been beneficial, but holiday days are precious! Instead I papped another Izzy down by the sea briefly, and then went back to Oriklini where I knew there was a good Spectacled Warbler and the light intensity and direction would be perfect. New in on the main lake, I guess to roost, were 115 Cattle Egret and 2 Little Egret, and I ended the day with a male Little Crake in the reeds just to the right of the hide, only the second I've ever seen. And that was it, dusk approaching and I had to head to the airport for the flight home. Arrived back at Gatwick at half midnight, and they parked the plane somewhere near East Grinstead and then monkeyed around for ages finding steps and a bus, so despite only having hand luggage I didn't get home until well past 2am. 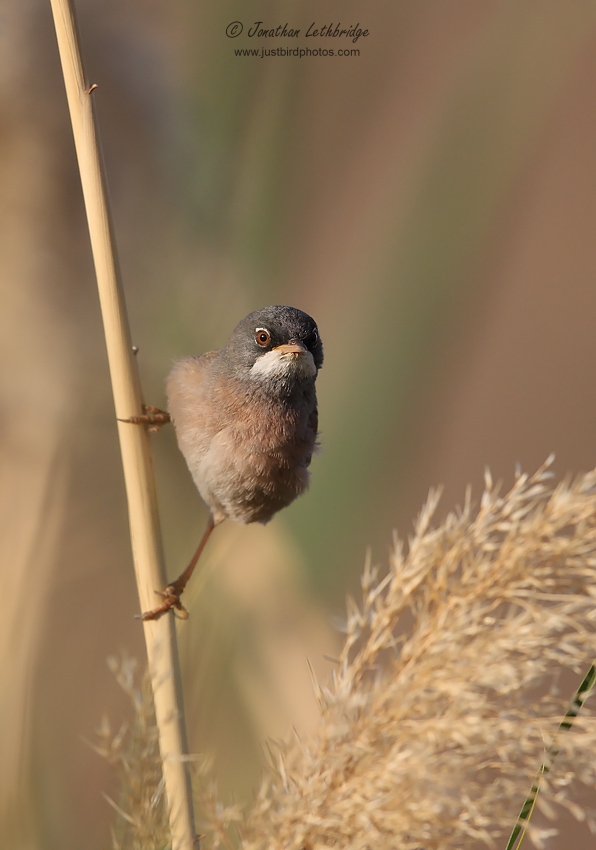 The birding at Cape Greco was very enjoyable indeed. It feels like you could get something decent at every step at the prime time, and bar various walking group tours, you're very much alone. The only targets I missed here were Black Francolin and Cretschmar's Bunting. A Swedish birder I bumped into had the Bunting, and also Masked Shrike and Rock Thrush, yet didn't see any of the Cuckoos. Although it's a small enough area to do on foot, it's bigger than you think and you would probably only go through the same spots a couple of times in a day, so timing is everything. It sounds like the western end of the Island around Akrotiri and Paphos are much more intensively watched, so you might get more species that way, but this didn't bother me at all as I was there for a rather specific purpose and the rocky and scrubby point was perfect for that, with the added bonus of solitude. Had I had an extra day I would have birded Akrotiri and Anrita Park on the other side of the island for a bit of variety.

As usual I'll be adding separate photo posts of various species over on my other blog www.justbirdphotos.com, so do do check that in the coming days. Especially for Wheatears.... 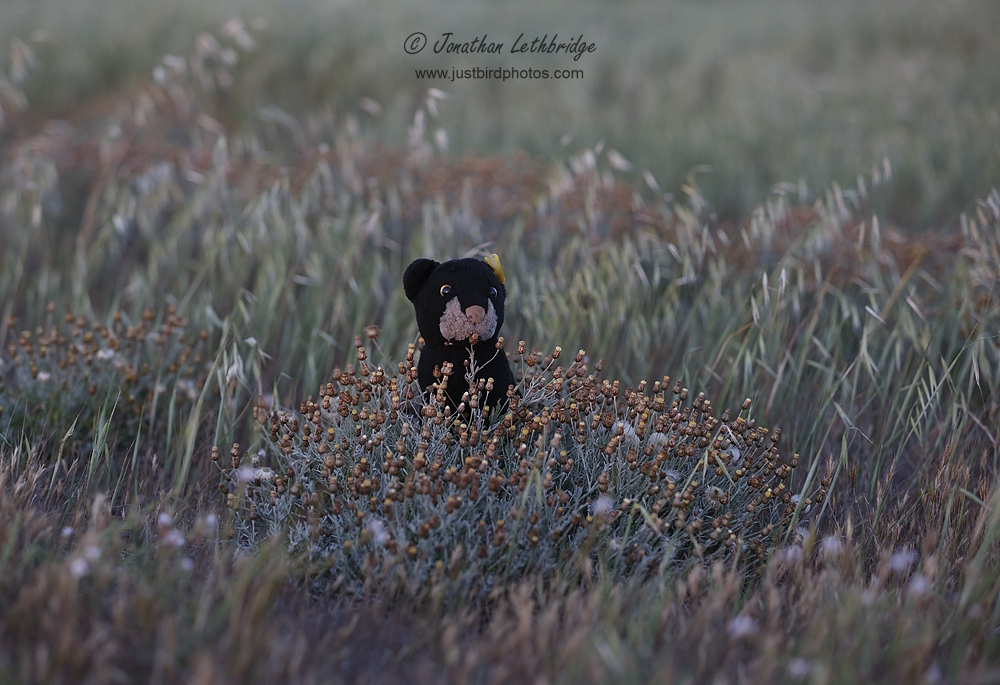 Posted by Jonathan Lethbridge at 00:56