A Weekend on the East Coast

If you can somehow ignore the mileage, somehow get over the obscene cost of petrol, then there is nothing like birding to show you different parts of the country, to give you a real appreciation for our diverse and beautiful landscape. If like me you live in a city, and you leave in the dark, then as day breaks you can be somewhere completely fabulous, a million miles away from the concrete and the mass of humanity. A couple of weeks ago I was on a Cornish headland at breakfast time on Saturday. Feeling, admittedly, like absolute shit, having driven through the night, but nonetheless thrilled at the scenery, the colour of the sea, the wet smell in the air, and the promise of what was to come, the journey behind me.

This Saturday at around the same time of day, I found myself in an entirely different landscape. Steep hills, wooded valleys, rolling moorland - the Peak District. Green everywhere, dotted with sheep, calm. But also forboding, hints of menace - snow fencing to protect the road, and signs that told you which routes were open. In winter I suspect it could be fairly unfriendly. Not today though, shirt sleeves weather, blue skies as we approached Arnfield Reservoir in the village of Tintwistle. I know what you're going to say. I said that I wouldn't, that it was too far. Well it is a long way, of that there is no argument, and for a day trip, simply there and back, I would not have gone. But as part of a weekend away, with hours of birding planned at gems of sites on the east coast, then it becomes a mere detour, and a pleasant one at that. 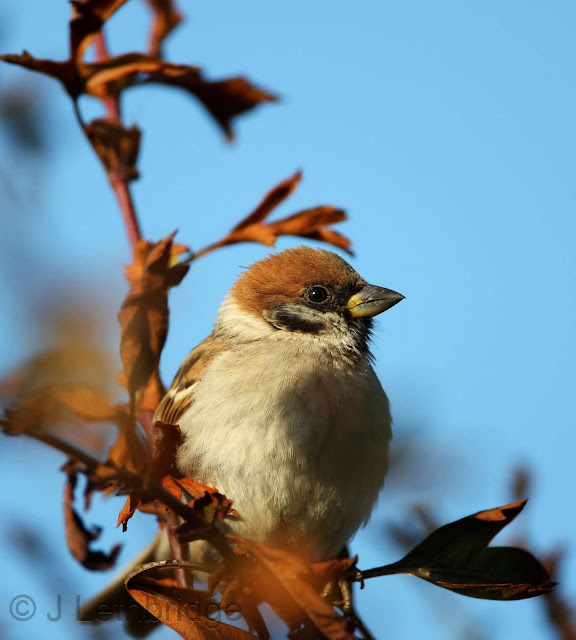 There were plenty of people stood about "looking", as you would expect. We left them standing on the path and carried on over a bridge and around the north side of the reservoir. Not too much going on, a few Phylloscs to check out, and with cover the south-east Asian rainforests would be proud of, it was very hard work. Fortunately the bird, a Western Bonelli's Warbler in case I had not mentioned it, gave a brief burst of song relatively close to our position which Bradders picked up on straight away, which is why Nick C and I had brought him (and his car). Frustratingly though we could not find it, and during the next three hours it didn't sing again, and one very fleeting view aside, during which I saw parts of the bird in the dense canopy that more or less added up to the whole, we never saw it. I gather it sang again in the afternoon, and showed briefly, but it is a tricky little sod, and on reflection we were pretty lucky to get anything. Another entry for the "bvd" column, extremely irritating as I had been doing very well at erasing them. I could of course just not have ticked it, but after three hours in the car and two hundred miles, that was never really an option was it?

So after three hours of Willow Warblers and Chiffs we gave up, after all there was a master plan to follow. The Bonelli's Warbler was merely the appetiser, the real point of the weekend lay east. So next stop Blacktoft Sands RSPB in East Yorkshire, where the long-staying Marsh Sandpiper showed very well and was a tick for Nick, and only my second. The reserve is fantastic, brilliant water levels, a magnet for waders. A summer-plumaged Blackwit was stunning, and several Greater Yellowlegs Greenshank allowed close scrutiny and a good opportunity for some retrospective self-flagellation. The Spotted Redshank were unfortunately well past their best, but a great supporting cast of Dunlin, Green Sandpipers,Water Rail, Redshank, Lapwing, Yellow Wagtail and Bearded Tit. We came away marvelling at the quality of the habitat management and the potential for birds. 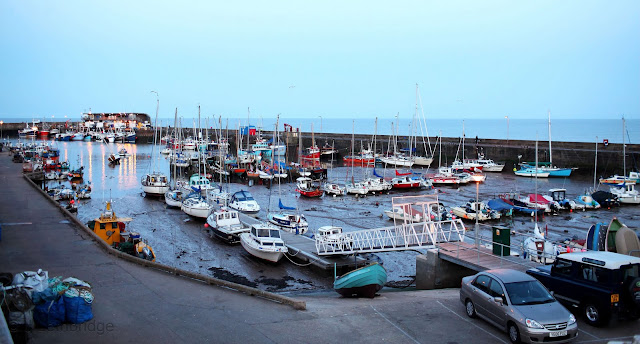 By now mid-afternoon, we pointed the car at Bridlington, our watering hole for the evening. Before we could leave though, it started bonging at us. It was unhappy, it said, about its levels of engine coolant. This did not bode well. We flipped the bonnet, and it was quite right, the coolant reservoir was extremely low, well below the minimum mark. The car instructions were most unhelpful. "Do not drive the car! Take it straight to an approved Subaru dealership! Take it now, I don't care what else you are doing! You will damage the car beyond repair if you touch it! Only add G12abcXYZ mk4 coolant, the mk3 is no good! PS, if you can't get to a dealership, and are not carrying fresh supplies of mk4 G12abcAYZ coolant, top it up with Evian and pretend nothing is wrong". So we did. It stopped bonging and we drove to Bridlington. 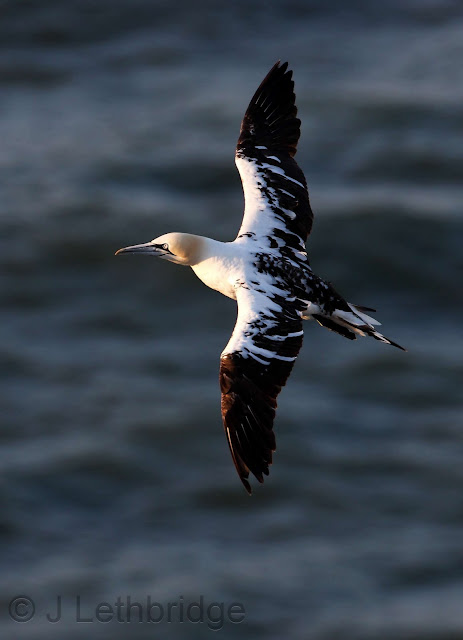 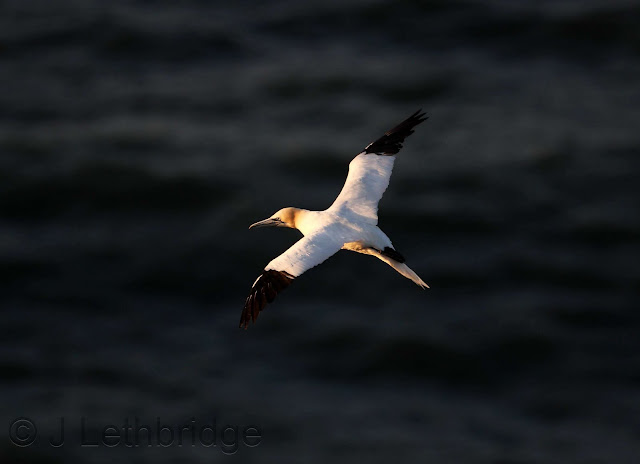 Ah sweet Bridlington, scene of £1.50 a pint lager and a lady with no teeth and an interesting tattoo on our expedition for the Black-throated Thrush last year. That excitement was for later though, for first we were off to Bempton Cliffs RSPB to photograph seabirds in the fantastic evening light. It became clear quite quickly that my tripod and gimbal were going to be mostly useless, and my arms are still aching as I type this, but for an awesome two hours I hand-held my 500mm lens and rattled-off close to a thousand frames as Gannets and Kittiwakes swirled around the cliffs below us. I could have stayed for four hours, perhaps six, but we lost the light and it became quite cold. On a high we packed up and headed for Bridlington, pausing only briefly to hear a lady tell us of the Long-Eared Owls she was hoping to see emerge from their burrows at dusk. I don't think she heard me suggest Rabbit as a confusion species..... 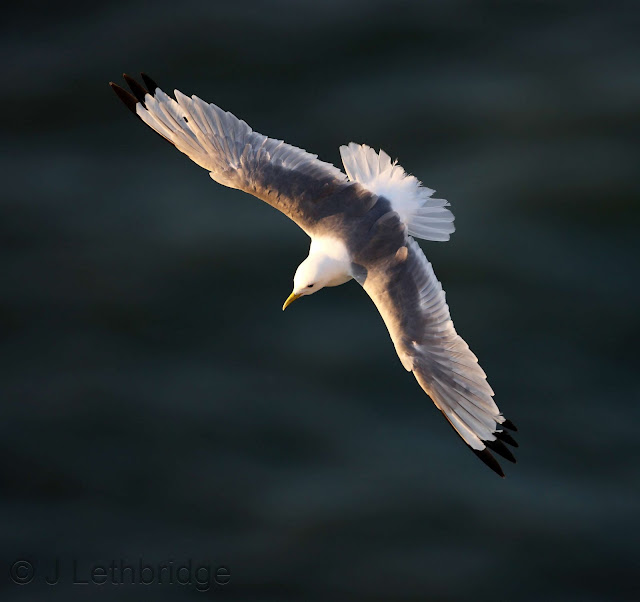 Bridlington did not disappoint. If you have a peculiar fascination with very fat and inappropriately-dressed people, it is THE place to be on a Saturday night. The pub we had visited last time had seen an inflation-busting price-rise to an obscene £1.85 a pint, so we forsook our tatooed friend and instead went to the Wetherspoons, where we were accosted by a young lady as good-looking as she was charming. Thankfully she left, and we were able to enjoy an evening drinking nice beer in peace, and watch Herring Gulls strut down the street looking for drunk people to attack. We ended the day on 90-something species, and made plans to be at Flamborough Head in the morning. 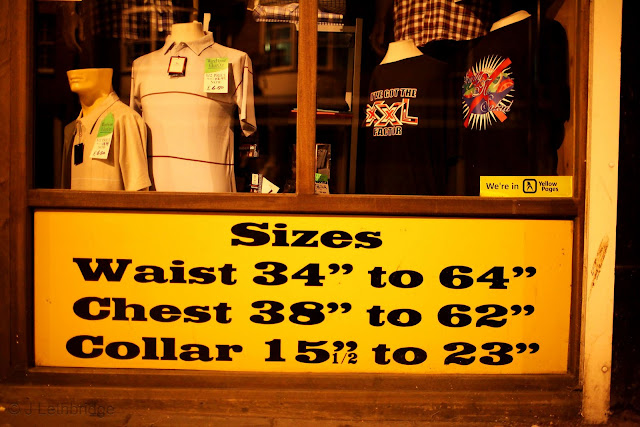 Posted by Jonathan Lethbridge at 12:10