How has another month gone by? I'll tell you why, it is because all work and no play makes Jack a dull boy. And boy am I dull. And lazy. And lacking in inspiration. And frankly the birding has been absolutely dire. And I mean dire. The patch seems unrecognisable from last year. There has been a dribble of migrants. Well. What's smaller and even more pitiful than a dribble? A drip? Yes, let's go with a drip.

So, this past weekend, all four days of it, I eschewed all the magnificent birding available in Yorkshire, Lancashire, Scilly and so on, and instead thrashed the patch under largely blue skies. Lovely. Surely at this time of year a bank holiday weekend spent locally would pay handsome dividends? The drip would turn into a torrent! I walked 15 miles over 16 hours - I guess there must be a lot of standing around as I don't walk that slowly! 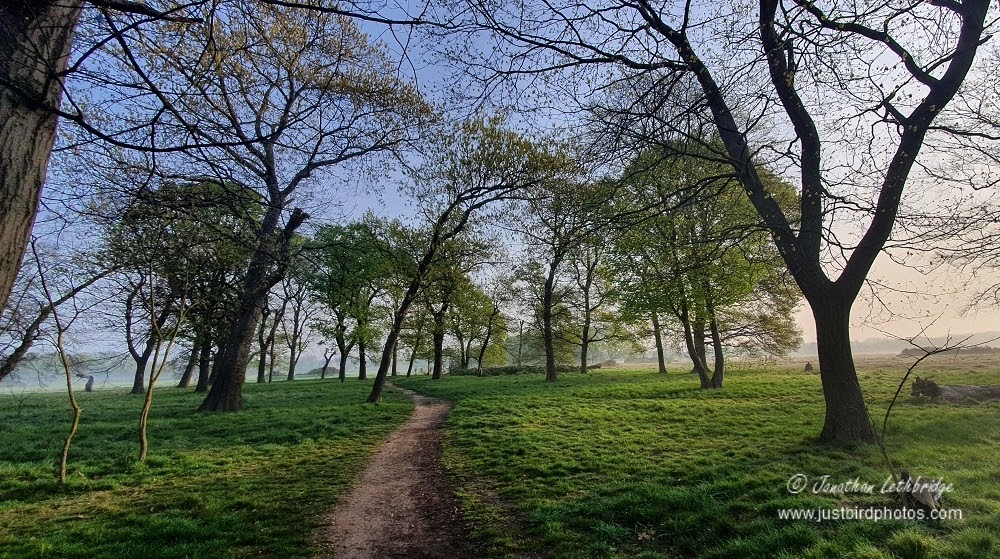 Those 16 hours delivered the following meagre totals: 3 Lesser Whitethroat, 2 Willow Warbler, 1 Swallow, 1 House Martin, 1 Yellow Wagtail and 1 Nightingale. The Nightingale is a quality local bird, not quite annual but seemingly being picked up more often of late. I never saw it of course, but walking past Long Wood early on Good Friday I heard a snatch of song which persuaded me to linger. It took a while to get going, and I was wary of mimicry at play, but after a while it did enough of pure Nightingale to convince James and I of its undeniable identity. Quite mobile, it moved from one end of the copse to the other, at one stage ending up at and singing from the exact spot last year's bird had. It is tempting to think it could be the same individual, but more likely is that it is just semi-decent Nightingale habitat. Not decent enough to hold it sadly, and it was gone the next day.

So that was the highlight. It is the rest of the list that I think deserves attention. Look at it, just look at it!  I'll repeat it for emphasis. 3 Lesser Whitethroat, 2 Willow Warbler, 1 Swallow, 1 House Martin, 1 Yellow Wagtail. That is the sum total of the other migrants that I saw or heard over four days. Four days!! There are levels of poor, and this is towards the bottom of the lower rungs. Part of me wished I had just jumped in the car and gleefully headed off on a big twitch, but I kept feeling that it just had to happen and so I stuck it out. Of course it didn't happen until this morning when everyone went back to work (by everyone I mean 5% of the local birders as employment is pretty overrated on this patch these days), when the year's first Ring Ouzel made an appearance in front of Marco along with Yellow Wagtails and Wheatears. I cannot help thinking that my whole big local weekend was a big damp squib. Luckily I managed to quickly snaffle the Ouzel as I headed to work else I would be in a foul mood. I don't know what other inland patch workers experienced this weekend, but if it was anything like us then they have my pity and admiration. 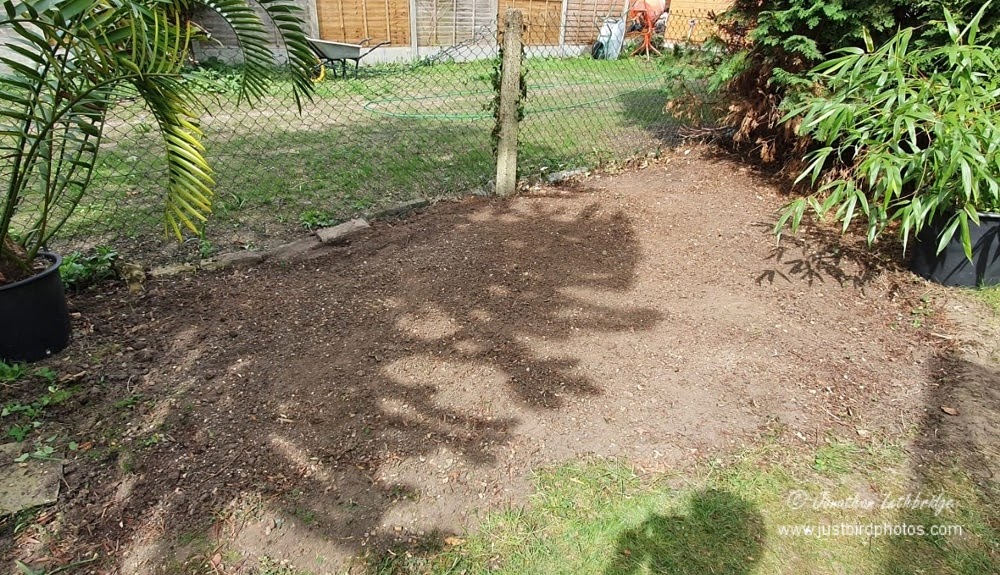 At least the weather was good, which meant a lot of gardening that I have been looking forward to was able to get done. And a lot of gardening I had not been looking forward to as well, including over doubling the size of my vegetable patch by removing some large shrubs which came with two massive root balls that needed digging out. The veg patch has not been a great success to this point, and I have done much better growing stuff in large pots. The main reason is that it was excessively shaded by a large sycamore tree in next door's garden, as well as being overrun with weeds from the same garden as we have a wire fence. However some new people have arrived and drastically reduced the size of the tree as well as more generally blitzing the entire garden - cutting almost everything down and ploughing it into a barren wasteland. Not great for nature, but my garden is noticeably brighter and the weed incursion has basically stopped. I figured I'd try again, but I wanted a bigger area - it is not huge, but it has potential. Getting rid of the shrubs above ground was bad enough, but the root balls I had to dig out were huge and I am feeble. I saved this worst of jobs until yesterday. It took me four hours of digging and  levering, and so predictably this morning I was a wreck. But I now have a nice area to sift stones out of and dig manure into when I am well enough. Meanwhile the seeds are germinating in the greenhouse - beans, lettuce, cucumbers and others. Some have already started so I am just in time.

The long weekend and nice weather also meant many opportunities for eating and drinking, both favourite activities of mine. After a long afternoon of toil in the garden, what better than a bit of pre-dinner pick-me-up? It is blood orange season, so.... 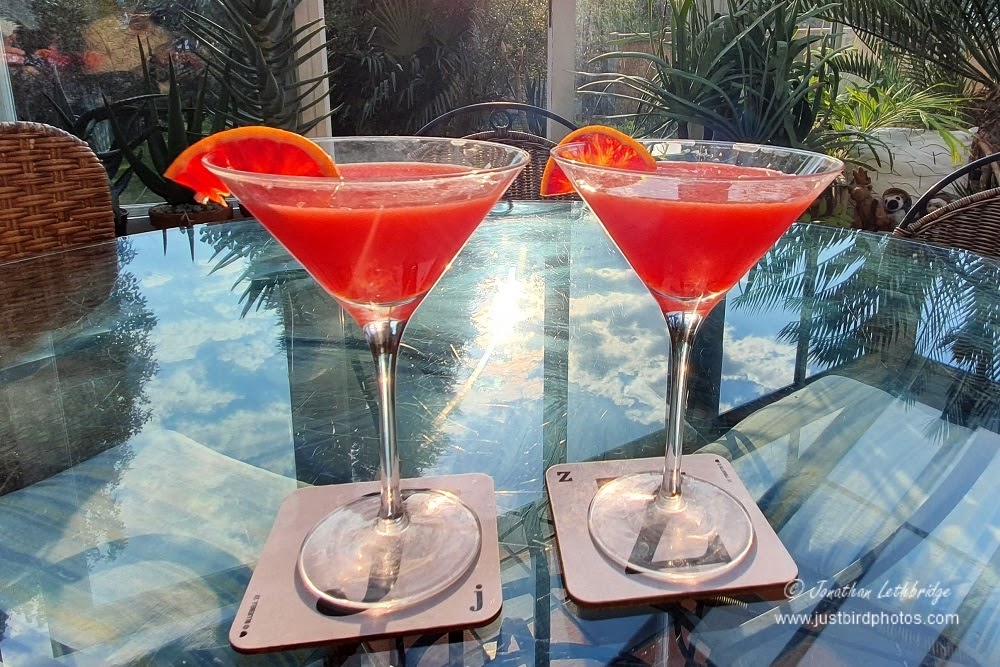 Posted by Jonathan Lethbridge at 19:41