I have never had a year like this one on the patch. I thought last year was the year that would trump all others, that would stand the test of time - my highest ever total and so many good birds seen. But as the pandemic has continued I have continued to find comfort in the green space right on my doorstep. For a fair part of the year it has not been either allowed or sensible to go anywhere else, and because I have spent so much time here again I've also seen a lot of birds here again. A correlation that I simply could not have guessed......

I wrote some posts earlier this year about being several months ahead of where I might normally expect to be at a given point in time. I thought that all that would happen would be that the line would level out and trend to more or less the same place I end up every year. Not this time, I am currently in uncharted waters.

I came home from Scotland on 116, already my third highest annual patch total courtesy of many birds that are not by any means annual. Only the collective spirit from local birders ensures everyone sees everything, and I have really benefited this year with loads of great birds - Kittiwake, Osprey, BN Grebe, Iceland Gull, Nightingale, Quail - it is a strong list from anywhere in the country let alone TfL Zone 3, but there was no way I could predict quite how well the last fortnight has gone. Within a couple of hours of getting home I had added Tree Pipit and Cuckoo, which at the time felt ridiculously jammy but I've since seen the Cuckoo several more times and added quite a few more Pipits. Under a week later Rob found a Garganey on Alex, the fourth patch record, and the next day Nick got me on a flyover Raven, only the second or third we have ever had. A couple of days after that I jammed a Great White Egret flying over during a ten minute visit to Alexandra Lake on the way somewhere else, and when I got back I got in on some Pied Flycatcher action thanks to James, and have now seen half a dozen. The Egret equalled last year's record total, the Flycatcher surpassed it. 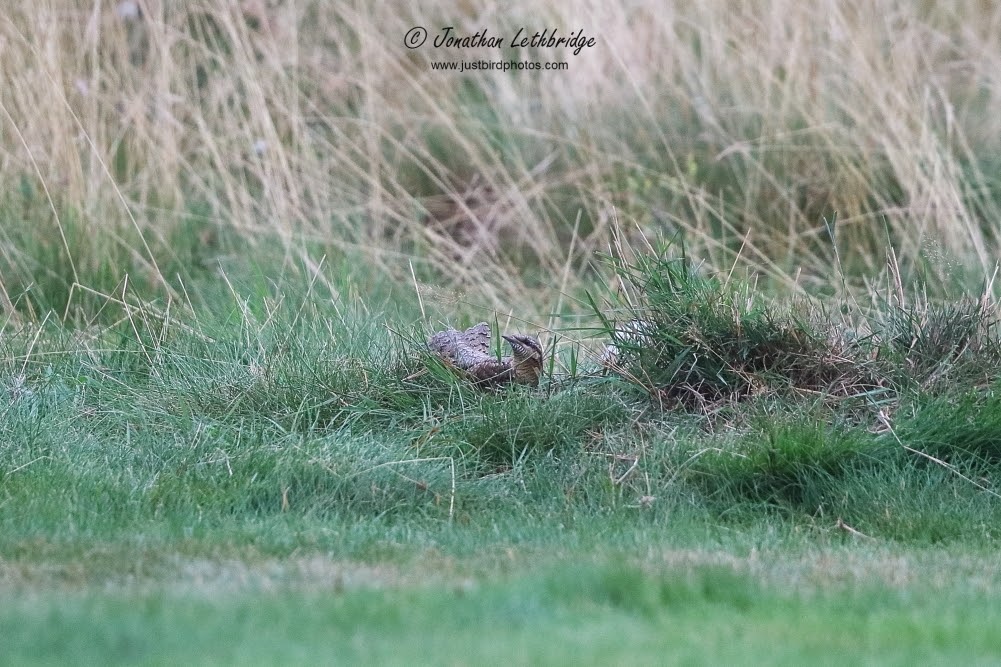 Roll forward to this weekend. Yesterday I was seeking out migrants on the Flats and came across a Wryneck, remarkably my fifth on the patch but the first one I've ever found, and then today whilst poking around Long Wood some Curlew flew over. This was a moment that urban patch workers live for and that happens only about every two years. One bird gave a short but instantly recognisable call, and upon turning round I had the quite unbelievable sight of six birds flying low towards me. I'd just separated from a gaggle of Wryneck twitchers and so desperately tried to shout, type a WhatsApp message and take photographs all at the same time, with predictable results. As it turned out they had all heard and seen the birds too, and no doubt the visiting birders were a little perplexed as why all thoughts of Wryneck had been abandoned by the locals who were now excitedly gathered around camera screens and reliving the moment. This is only the third time I've seen Curlew on the patch in over fifteen years of living here - properly mega, and a flock of six is quite simply sensational.

All this means that since the 21st August I've added eight birds to what I thought was an already pretty decent haul, and there are still nearly four months to go. The patch record is apparently Nick's 127, and now on 124 I am mildly hopeful of overhauling it. We shall see. Stacked against me are a trip to Shetland during prime time, and the ever-looming prospect of a more permanent return to Canary Wharf. But not apathy, not this time. I love this place.

Posted by Jonathan Lethbridge at 19:36