Bit of a change today. I read in fits and spurts, either not at all or voraciously. At the moment it is the latter, and I get through books in a matter of days. Most of the time I read books about travel or wildlife, at least notionally, but occasionally I pick up (or am passed) something completely left-field that I would be highly unlikely to have chosen myself. Here are the last three things I have read.

Beyond a boundary – CLR James
Described as the best book about cricket ever written, it seems both current as well as obviously written in a different era. The pleasure derived from watching cricket, as well as the skill needed to truly do so remains as current today as the 1960s when it was written, although it covers West Indian cricket from several decades earlier. Those West Indian cricketers around whom so much of the book revolves every keen follower will probably have heard of in passing, but have little idea of who they actually were and what they did - Constantine, Headly and Grace to name but a few - so it was interesting to fill in some historical gaps. I have rarely heard, even on my beloved TMS, cricket strokes described so perfectly. It has a clear political slant, and explores the racial divides in Trinidad and the wider West Indies, but also how cricket shapes a person. A must-read for any lover of the game.

Crossing Open Ground - Barry Lopez
A fantastic read, exactly my kind of book. Wilderness adventure, exploring nature and the relationships between humans, animals, birds and the land. Set in North America and laid out as a series of essays, this is travel writing of the highest order, supremely considered and thoughtful, beautifully written and compellingly interesting. Set in North America he ranges from the southern deserts to the Alaskan coasts, delving into the past and present alike. Geology, geography, art, science and morals - an all-encompassing view into some of the special areas of the US that have shaped the history of the country and those who call it home. I've read this several times before, and about every five years I feel the need to return to it. This is the kind of book that makes me want to travel as much as possible, even if I could never describe remotely as well as this master of his genre.

The Garden of Evening Mists – Tan Twan Eng
This is the kind of book that makes Mrs L want to travel, which is a very rare thing indeed. She read this and declared an urge to travel to the Cameron Highlands in Malaysia. Who was I to argue, I had a frequent flyer 'magic voucher' to burn, and so we are off there later this year. I would not have said this was my kind of book at all, but I demolished it in under three days. Set alternately at a hill station in colonial Malaysia during the period immediately after the Second World War and then some years later, this is a story that weaves history and fiction together around the relationship between a Chinese Malay ex-POW and a Japanese gardener. I read it avidly, but remained slightly unfulfilled, feeling that the author had tried to blend too many strands into his narrative, leaving too many questions and stories open. There is also a somewhat ponderous rhythm to it that I cannot put my finger on - a bit florid perhaps? That said I found it impossible to put down, and it kindles an interest in the story of Malayan independence, the mixing of cultures and, once again, parts of the world hugely different from the London underground which is where I read most of it. I'm looking forward to visiting and drinking the local tea. 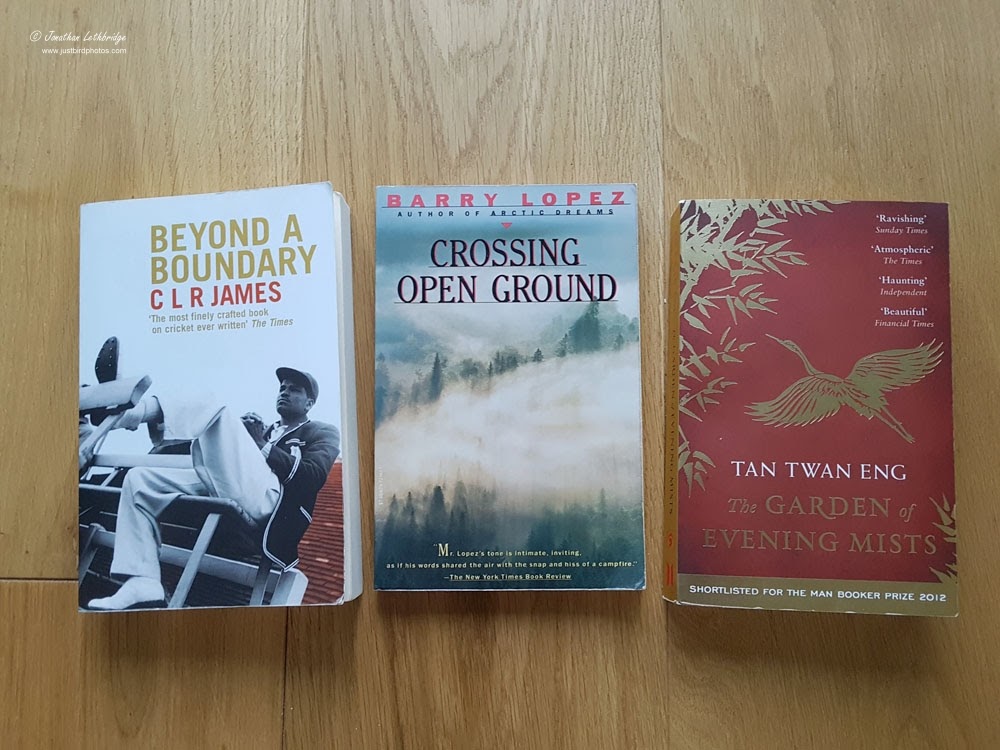 Posted by Jonathan Lethbridge at 21:23