It is rare I go anywhere without bins. It has been known to happen of course, but for a trip to Asia, even a family holiday - not a chance. I wore them most days though I have no idea why. Maybe it is the mark of a birder, a badge of sorts, and if I'm not wearing them I still reach for them, so it makes sense to wear them just in case. On most days we barely saw a bird other than the ubiquitous Tree Sparrows hopping around and the Black Kites soaring among the skyscrapers and over the harbour. But one morning I did skip off to the New Territories, much like I did last year, and then they came into their own and justified the thousands of miles they had travelled, if not quite taking them round Kowloon.

I started off at about 7am in Tai Po Kau, a mountainous forested area close to the Chinese border. I'd visited here before in the company of a guide, but felt that I was well equipped to just do it myself this time. What a mistake that ended up being! I saw practically nothing! I heard a great deal, but barring one brief moment when a mixed flock of Hwamei and various other unidentified birds zoomed across a path, I basically slogged it up and down for four hours without seeing a bird. Talk about depressing - you know those mornings on Shetland where everything looks to be in place for an amazing morning and you head out at first light with ridiculous enthusiasm, and by eight you haven't really seen very much, and then nine comes and your head begins to go down a bit, and by ten you're totally disillusioned with the whole thing that is birding and it's shit and why did you bother and this is costing you money and you want to go home and wish you'd never come. Well it wasn't quite like that, as it was a nice 80 degrees and I'd seen a Scarlet Minivet, but I couldn't help but feel cheated. I mean this was the tropics, where were all the fabulous birds that are supposed to live here?

I sloped off back down the hill to consider my next move and wait for a bus back to the nearest station. It was midday and the sun was high in the sky. Did I really want to go to Long Valley, totally exposed, bake in the oppressive heat and not see any birds as they would all have disappeared by now. In for a penny in for a pound, so off I toddled via a bus, a tube and a taxi that I guided to the spot via a map on my phone. And it was superb, there were birds everywhere. The six-thousand miles of binocular transportation were immediately vindicated. Yellow Wagtails, White Wagtails, Wood Sandpipers, Snipe, Stonechat....Hang on a darn minute! I've seen all these birds a hundred yards from my house in Wanstead! Conned!

Twelve hours on a plane and a 5am start and now cheated by a bunch of european birds that I could easily see back home. Pah. But at least I could see them, unlike in the forest, so I ended up having a lovely afternoon picking my way around the dykes and bunds that surrounded the small scale agriculture, taking the odd photo here and there, for I had also carted a large lens half way across the planet. Think of a cross between paddy fields, an allotment, and St Martins on Scilly and you have it.

There were also Olive-backed Pipits, Red-throated Pipits (on the ground!), Long-tailed Shrikes, Bulbuls and things I couldn't easily see back home, so these appeased my sense of outrage. Heaps of Little Egrets and Black-winged Stilts, and interestingly quite a few Dusky Warbler tukking away quietly to themselves. I spent ages trying to work out what these were, as they're as unobtrusive at home in Asia as they are when off-course in the UK. And of course Kentish Pond Heron.... 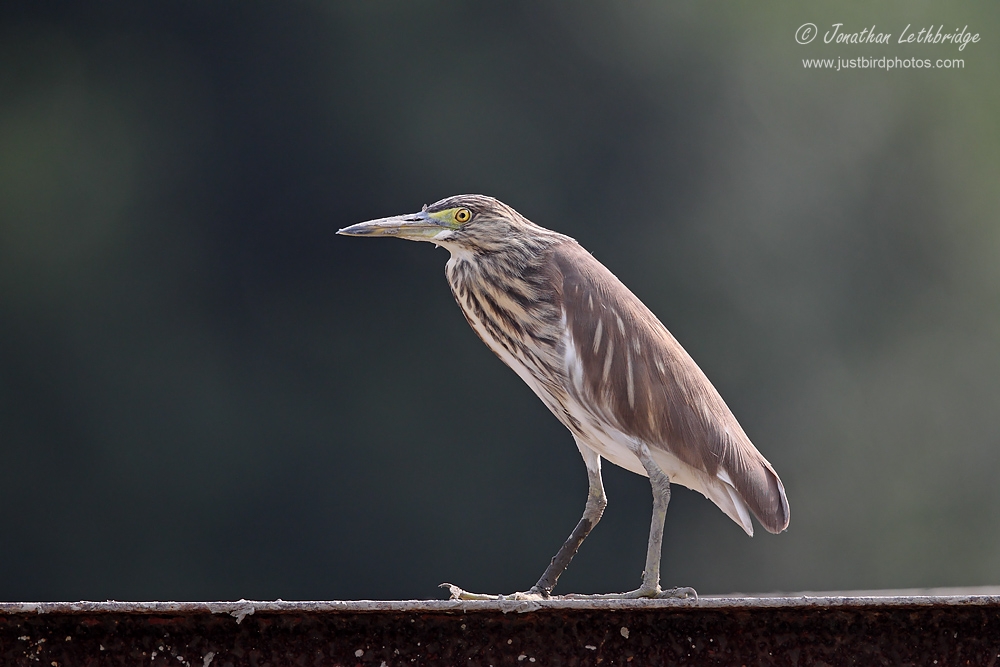