A quick trip to southern Poland

Friday: Flight arrived mid afternoon, and we were on the road very quickly, exploring wonderful agricultural landscapes in the soft evening light.
Saturday: Early start (though not early enough) at Morskie Oko, arriving at the top at around 9am. Spent until lunchtime here before giving up on Nutcracker photography and heading back down. Explored various nearby areas until the evening, including penetrating briefly into Slovakia for a country tick.
Sunday: Even earlier start at Dolina Koscieliska, another valley west of Morskie Oko. Afternoon return towards Krakow stopping at Zator fishponds in an attempt to top up the trip list. Evening flight back to Heathrow, unfortunately landing after the last tube.... 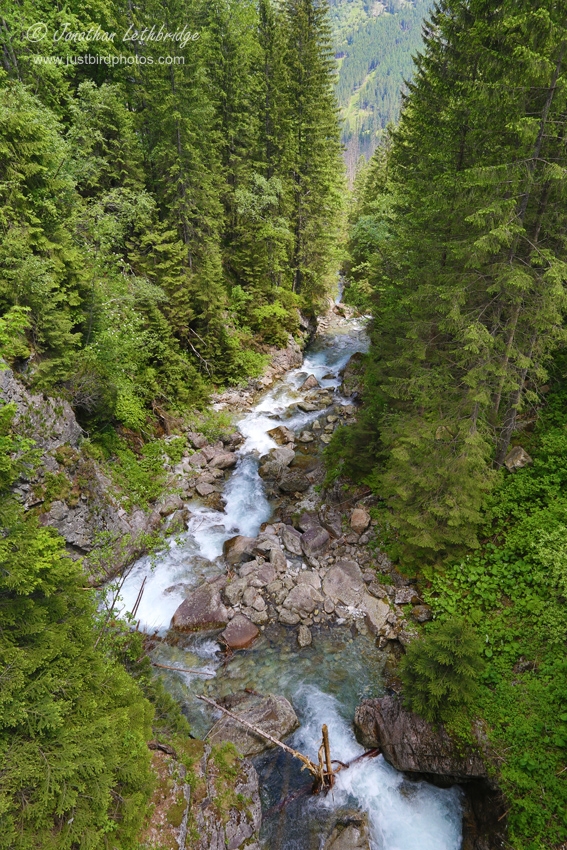 Friday  Afternoon
We found some wonderful meadow habitat whilst still north of Zakopane. Camera remained in the boot while we simply took it all in. Corncrakes sang invisibly from the grassy fields, Corn Buntings and Serins belted it out whilst Whinchats bobbed around on lookouts. Birds everywhere basically, including hundreds of Fieldfare clearly loving the small-scale hand-harvesting of fodder - crucially in rotation. Compared to an English field with empty margins, harevsted by machine in one afternoon, it's not difficult to see why our countryside is so poor and lacking in diversity. Poland has it right.  Found the hotel on the outskirts of Zakopane easily enough, checking into a baking room with no air conditioning! We had a quick dinner of monumental proportions in a nearby restaurant before retiring to the sweat box. 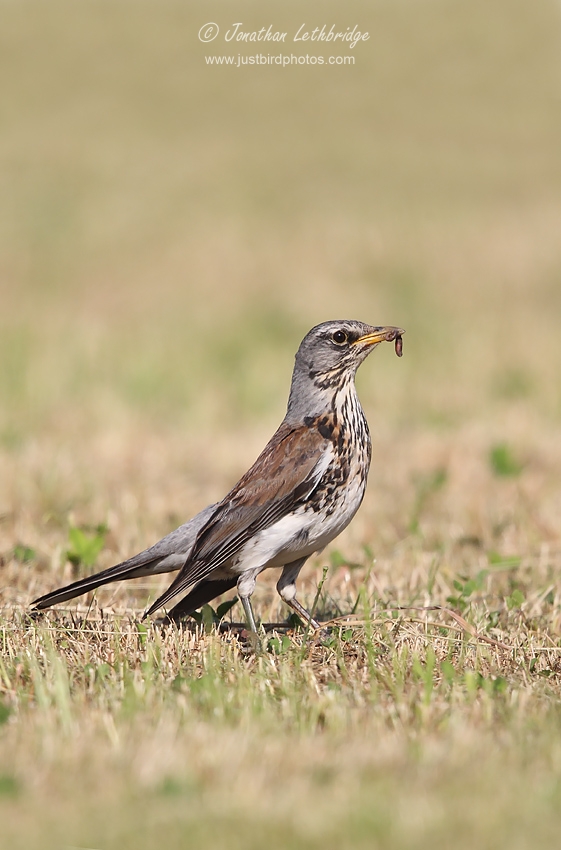 Saturday
Woken up before 4am by a unbelievable dawn chorus of the sort you think you wouldn't think possible, including an Icterine Warbler next to the car. We had heard that Morskie Oko was incredibly popular at weekends, so we made what we thought was an early start only to find scores of cars already in the large carpark and loads of people heading up the track at 6am! Nothing for it but to join them, so up we went. Although it was busier that we had hoped for it wasn't too bad, and a mere trickle compared to what we would see on the return journey with thousands of people heading up.

Great zonal habitats, with a clear band in which Wood Warblers and Firecrest thrive, and when we reached higher elevations various noises we couldn't immediately place alerted us to a group of three Nutcracker making their way through some pines. It was a long walk and a steady climb, but not one that required any particular exertion, and after a perhaps two and a half hours we reached the cafe at the top for a well-deserved breakfast. Naturally a Nutcracker appeared while I was inside ordering this, but luckily a bird came in a few more times during the morning, although not giving the opportunities I had hoped for. Instead we simply took in the astounding scenery - Morskie Oko is popular for a reason - spending a lot of time admiring the skills of climbers ascending vertical cliff faces. Around lunchtime, and with the slathering hordes arriving, we made our way back down, fighting against a current of hundreds upon hundreds of walkers. Not nature as I like it, and so unlike the journey up we didn't tarry. The rest of the day was spend trying to eke out photo opportunities in the beautiful countryside, but basically it was just too warm for anything to happen and Andrew and I were both pretty knackered from our hike.

Sunday
Another day another absurdly popular valley - this time Koscieliska. We struck lucky more or less immediately with a female alpestris Ring Ouzel feeding three fully grown chicks, but this must have been around the time that my camera karked it, as the majority of images from here on in are ruined by horizontal lines - a sign of a shutter not operating correctly. I actually think the signs were there before Washington as testing my flash before I left I was only getting partial pictures. I put it down to the hot-shoe damage at the time and so left my flash behind, but every single image from that trip was absolutely fine. Clearly every click of the shutter was one closer to outright failure though, and this valley was where it started to go downhill quickly. Happily a few frames escaped, including several of the Ouzel in a nice pose when I had managed to get very close indeed. Further photo opportunities abounded, with multiple Grey Wagtails and Dippers on the fast-flowing stream. We thought about trying to find a cliff with Wallcreeper, but after a strenuous wrong turn led instead to a cave we gave up on the idea and returned to the car, once more against a steady stream of hikers out enjoying the Carpathians.


It was another hot one, and photography over we resumed birding. Bullfinch, Cuckoo and singing Rosefinch were all added here, and returning towards Krakow we headed west to the network of fishponds near Zator. Great Reed Warbler, Marsh Harrier and fishing Whiskered Terns were a highlight here, as well an assortment of waterfowl and the flutey notes of Golden Oriole. With time running out it was back to the airport, which undergoing renovation is something of a distaster zone. Also security insisted that all photographic equipment had to be removed from bags, which for Andrew and myself was particularly irritating. And to cap it all the plane was late departing and arrived after the last tube, which meant my journey home from Heathrow came in at £72 rather than about a fiver.

Posted by Jonathan Lethbridge at 13:38