Little Tobago is a small island off the coast of Big Tobago. It is very easy to get to, especially if you are staying at the Blue Waters Inn, as the boats that go there (known as Blue Boat and Yellow Boat) are both parked in Batteaux Bay, and both use the hotel pier. There are two reasons that people go - for the diving, rumoured to be pretty good, and for the birds, certified excellent.


I went for the birds, and I went twice, the second time as I wanted another crack at the Red-billed Tropicbirds from the viewing platform, the results of which are here. Boats leave at 10ish and 2ish - times are always -ish in Tobago, which suited me fine but may irritate those on a tight schedule. Go for the afternoon trip, as the birds return from fishing at this time and there will be many more birds present than in the morning. The crossing is only ten minutes, and costs $25, which included one of the boat guys giving you a "guided tour" - my advice would be to skip the guided tour and head straight on up to the very top (easier second time around of course!) where you can get the viewing platform to yourself - it could easily become very cramped, and one of the days I thought I might go over I ended up staying on the beach drinking cocktails as an enormous party of elderly American birders (Tilley-hatted to the max) turned up, and I may have been forced to throw them off the top had I also been there - that said I could probably have got to the top half an hour in front of them.... My best photos came from the day that I had the platform entirely to myself for a while, go figure. Once over there, it's a mildy strenuous climb to the top - the start is the worst section, lots of steps, but it becomes gentler once you get past the building thing. Take water -  I forgot both times. On the way back the boats will stop near Goat Island and let you do a bit of snorkelling (all gear provided) which is most refreshing after slogging it up the hill laden with cameras. Trips last about two and a half hours, with two hours on the island. 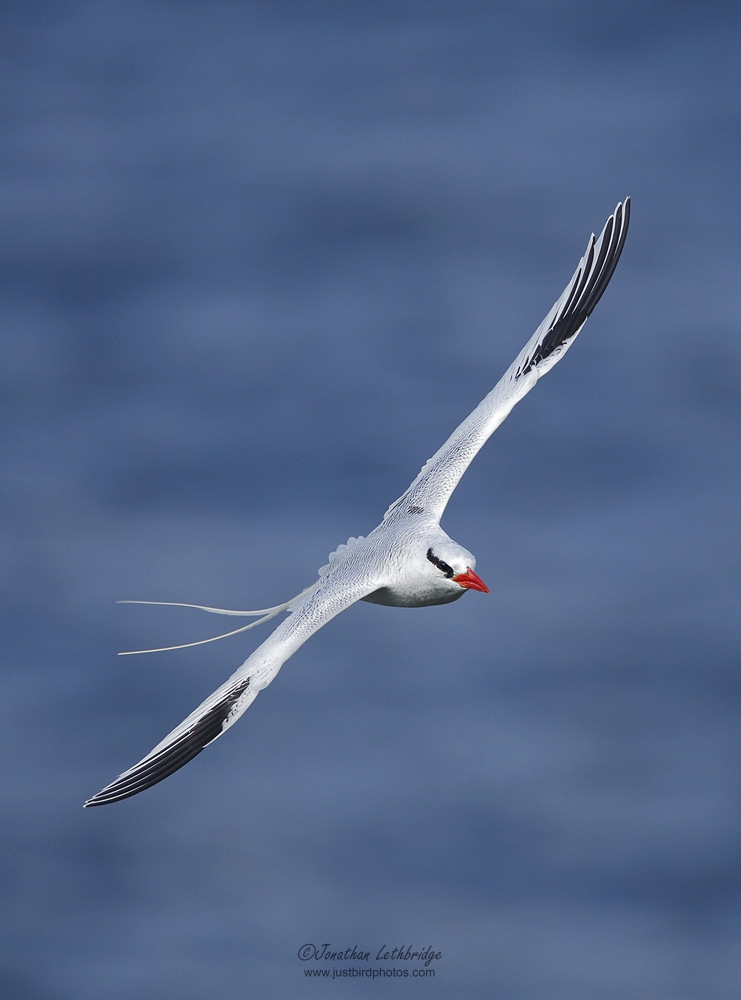 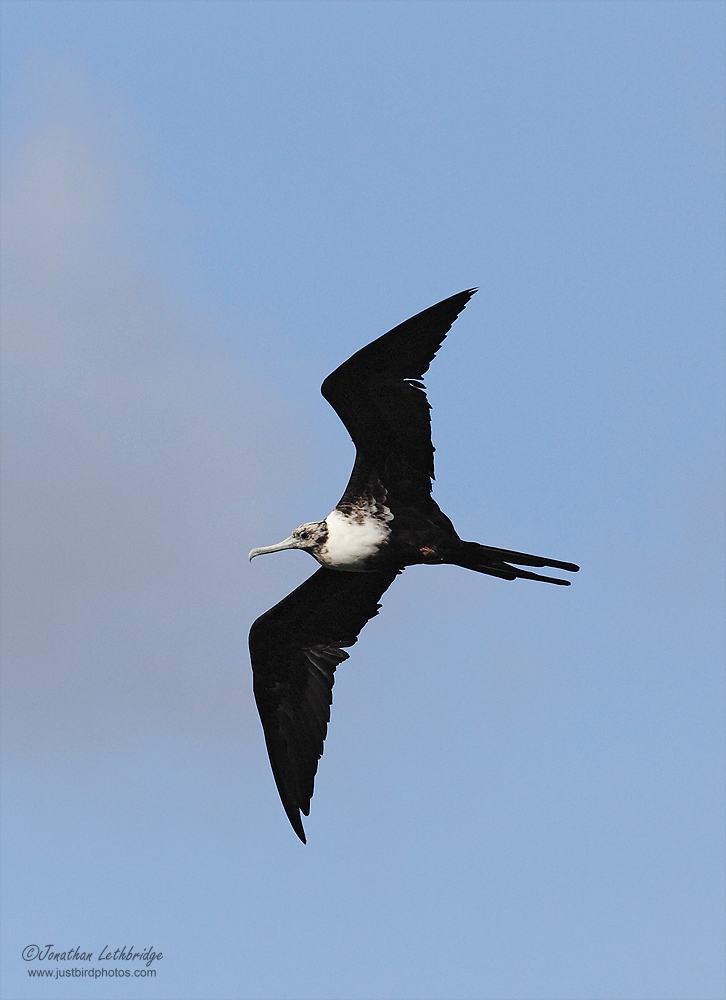 Target birds on the island are Magnificent Frigatebird, Brown Booby, Red-footed Booby, and of course the Red-billed Tropicbirds - the reason why 99% of people go, including my own parents two weeks after me (my Dad ended up photographing the exact same nesting bird as I did!). Osprey is likely, as are many of the rainforest birds like Trinidad Motmot and Spectacled Thrush.

The viewing platform at the top is spectacular - thousands of Tropicbirds, many passing within a few feet, interspesed with piratical Frigatebirds who treat the Tropicbirds much like Skuas treat Terns - not very nicely! The established technique is to grab them by their elegant tails and dangle them until they let go of their fish, after which the Frigatebird will catch it in mid-air. We saw this many times, but each time too far out to get a decent photograph. The Boobies were far fewer, and nested much lower down - difficult to get close to and you will need a long lens - my not-very-good best effort is below. Anyway, a great trip that is not be missed if you ever find yourself on Tobago. 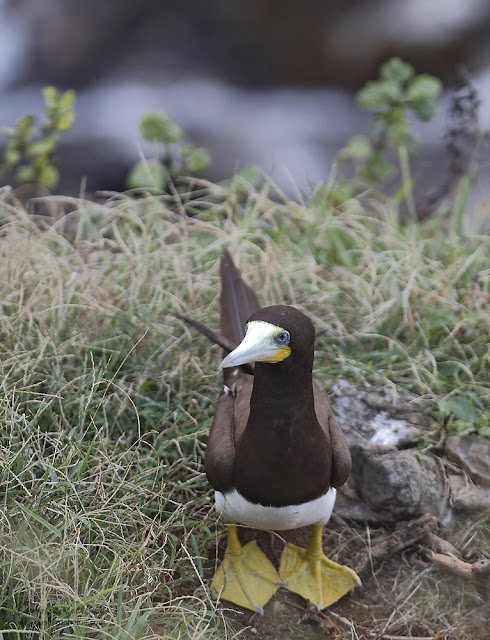 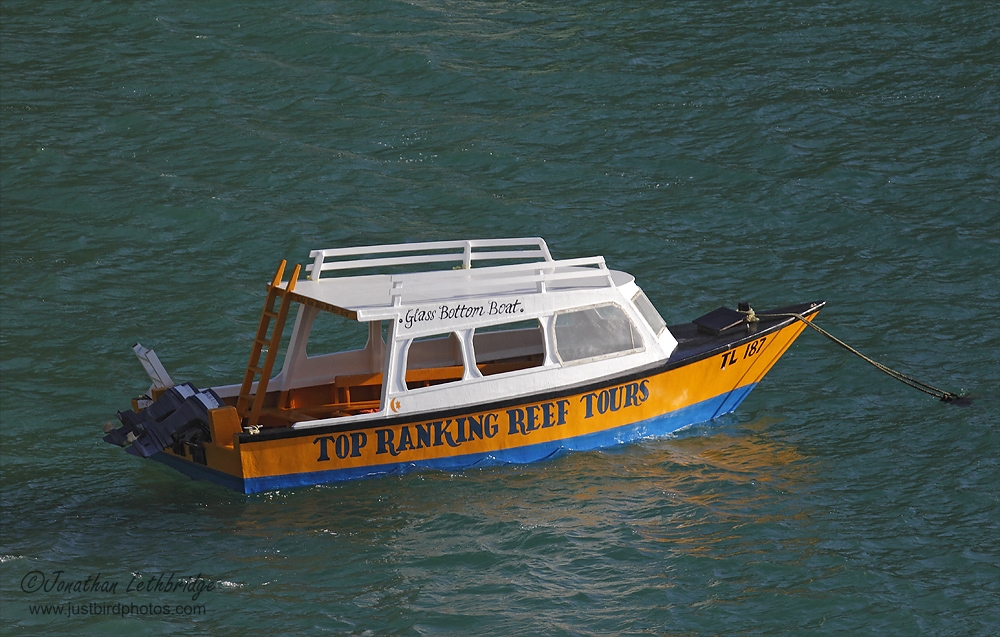 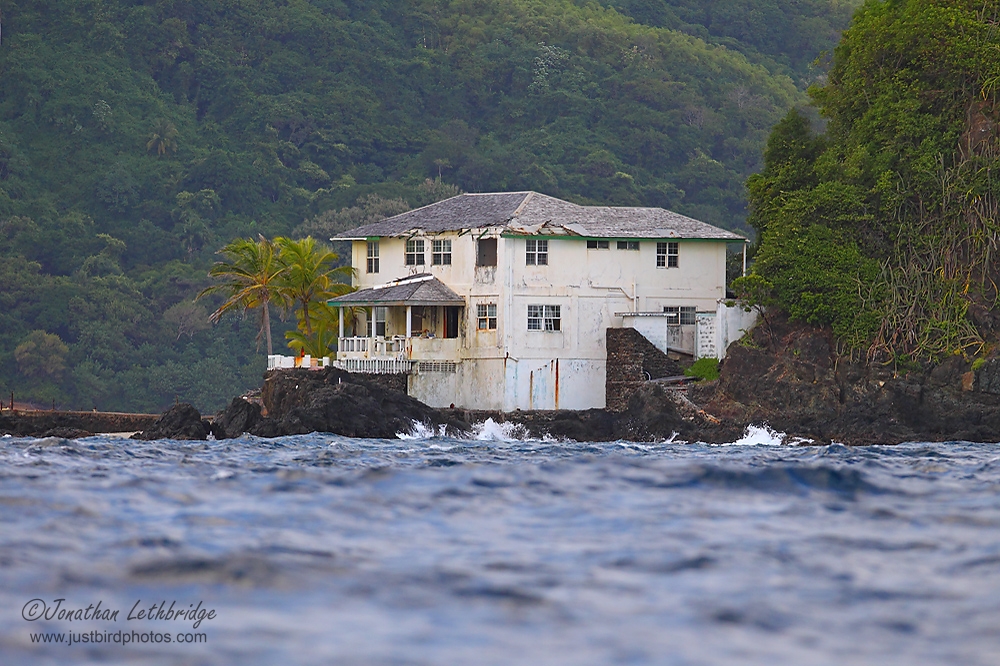 Posted by Jonathan Lethbridge at 15:05