I got back today, just timed it so that I failed to get any new birds, the Grey-cheeked Thrush departing after I arrived, and a couple of Olive-backed Pipits turning up when I got home. That's birding for you, but an excellent week nonetheless, with a slew of decent birds and excellent views of most of them, included the erasure of the dreaded "bvd"* from Barred Warbler after years of getting only glimpses. I'm still swaying gently even twelve hours after disembarking MV Hrossey, but a night in a real bed should sort me out.

I stayed on the islands for a mere five nights, but managed to rack up the following in terms of goodies:

That strikes me as pretty good, especially when you plonk a couple of Pectoral Sandpipers and a Sandhill Crane at the beginning of the list that were scored in-transit.

The birding up there is intense. Intense and prolonged concentration, and also intensely difficult in inclement conditions. I have come back a better birder, all you can ask really (apart from half-a-dozen ticks of course). Glimpes of Phylloscs are now enough to separate Chiff from Willow from Yellow-browed. A shape zipping across a gap between vegetation is easily assigned to Blackcap and so on. Quite a lot of fun.

The best bird saved itself until my final afternoon. I forget where exactly we were, checking another plantation. A Jack Snipe flew past Howard at waist height and plonked down in the grass quite close to use. Empoying stealth and fieldcraft I inched the camera towards it as I lay flat on my stomach along a fenceline. The bird didn't move, so I fired away. It decided on a little wander, and walked through the wire fence and then through Bradder's legs. Eh? 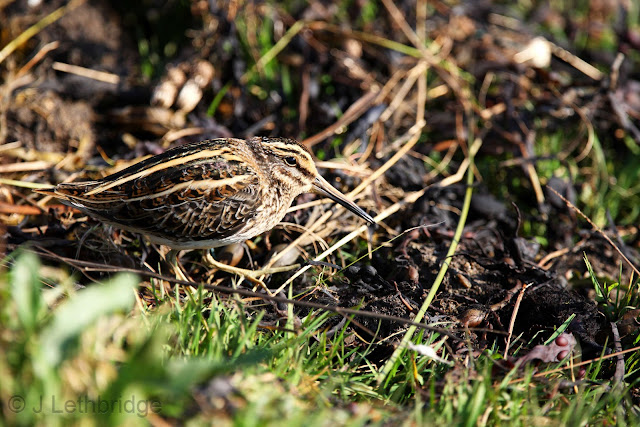 It soon became apparent that the bird either had no concept of people, or was so shattered it didn't care. Or perhaps both. Bradders stuck out his hand to see if the bird would walk across it. It did. Then we all wanted a go. Extraordinary behaviour. Pretty amazing from the bird as well. It wandered around between us utterly unconcerned - talk about an opportunity for study. 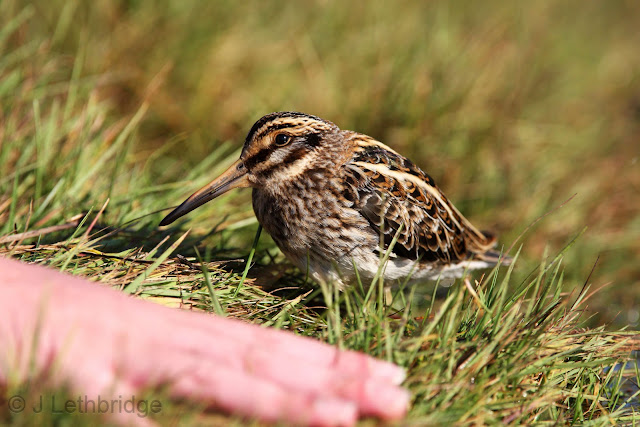 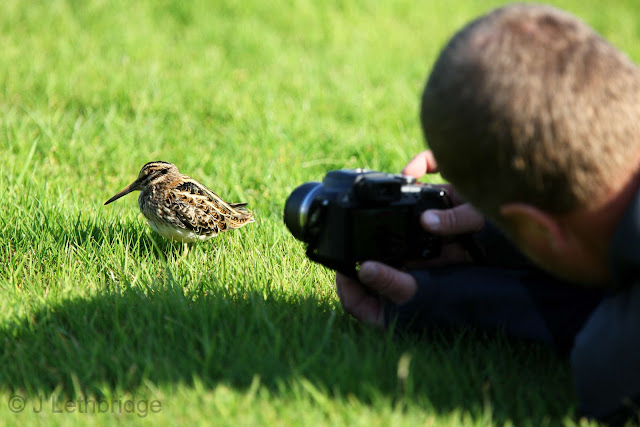 If anything, this birding trip to Shetland has been about confiding birds. Not necessarily rare ones, but exceptionally good views of pretty much everything we came across. Even of a Barred Warbler, which takes some doing. But despite the awesomeness of the Lesser Grey Shrike, the spendidness of the Arctic Redpoll, and the chirpiness of the Little Bunting, the bird I will remember and smile about, when asked about Shetland 2011, will be the Jack Snipe that walked across my hand and nearly hid in my lens hood. 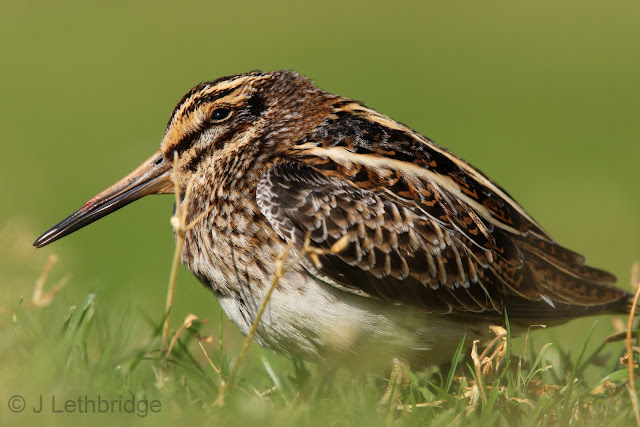