This trip had been booked many months ago but with no specific agenda in mind other than that I had very much enjoyed a similar trip two years ago before Covid. On that trip I had run out of time (again) to visit Joshua Tree NP having left it until last, and so this time I made sure to visit there first. I also had a vague plan to go seawatching, it being the season, but I really hit it off with some superb weather coming just at the right time. For the most part I based myself in San Diego and birded the border areas, and then on the final day I slowly wiggled my way up to Los Angeles using eBird as my guide before catching an evening flight to New York. I then spent a morning birding Jamaica Bay before carrying on to London.

Logistics
Itinerary
Day 0: Landed at LAX at 8pm and then had to drive for about 2.5 hours to Joshua Tree whilst completely exhausted.
Day 1: Pre-dawn in Joshua Tree NP, exiting out of the southern end mid morning, and then birding a good spot on the west side of the Salton Sea near Desert Shores. A treacherous drive south-west across the mountains to San Diego in the heart of a tropical storm, with warnings of flash floods and so on made for a rather scary afternoon. No birding was possible until the late afternoon. Overnight at Pacific Beach.
Day 2: Morning seawatch from La Jolla cove, completely epic after the storm, and then birding various sites along the Mexican border in the afternoon. Overnight at Balboa Park.
Day 3: Birded more sites in San Diego during the morning before making some ground up towards LA and finding some good sites to spend the afternoon before an evening flight to JFK.
Day 4: Jamaica Bay from about 7am to 2pm, then cleaned up, repacked, and flew to London in the early evening. 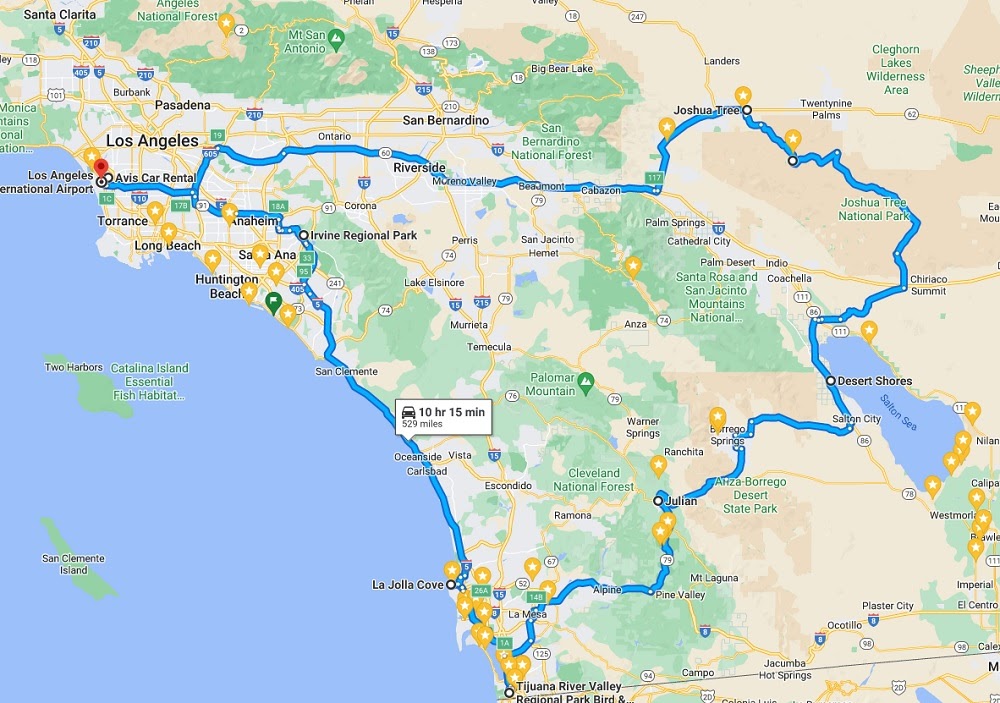 Posted by Jonathan Lethbridge at 10:55