Preaching to the converted

Remember this? Well I went, I could hardly have skipped it having posted about it. Get your miniature violins ready as I dashed out of work at about 7pm, got to the Gold Club just as it started and listened to Rob’s talk, and then went back to work. My own current misfortunes aside, it was a hugely informative session and I would have said that I was one of the converted, i.e. I should know a lot of this already. You have heard this expression I take it, preaching to the converted? I think it started off life being associated with religion, whereby an evangelistic priest is viewed as wasting his time preaching in a church as everyone in the church is already, well, in the church. The same thing can said about many areas, including nature. I didn’t conduct a survey, but I would be willing to bet that everyone at the Golf Club listening to Rob was there because they deeply cared about nature already. That’s not to say, like me, that they didn’t learn something, but it is hardly spreading the word is it? Spreading the word – again this is religious in nature, the word of God. The Gospel. For this to work, the message about the deep shit we’re in needs to spread. Rob alluded to it by mentioning that people could become involved by using social media, but I find that to be a closed circle. Almost everything that flows across my Twitter timeline is there because I have chosen to be exposed to it. People who hold opposing views on various topics experience exactly the same phenomenon, it is what I refer to as the echo chamber. Mainly I mean that in a pejorative way – echo chambers of intolerance and hate – but the same thing can be said of nature and conservation. What is needed is to spread beyond our familiar circles, to wriggle our way into other people’s comfort zones to tell the story. To make a connection to nature for them that, however small, may set seed.

The People’s Manifesto for Wildlife (get it here) contained a very interesting statistic. A study carried out by the RSPB showed that 1/3rd of adults did not recognise a Barn Owl. Wow, just wow. It is not conceivable to me that people would not know what a Barn Owl was. Then again if you spend your life watching Netflix and piddling about on SnapChat, leading a life so unbelievably blinkered that you never go outside, maybe that is entirely possible. I decided it to test it with a willing* group of volunteers. My team at work. It is not a big team, but we all spend most of our waking hours cooped up inside so in that respect are similar to most of the country. Crucially I knew that none of them are obsessive bird watchers. Also things have been pretty hard recently and anything that can lighten the mood is a good thing.

I sent around the following photo, no funny business here. 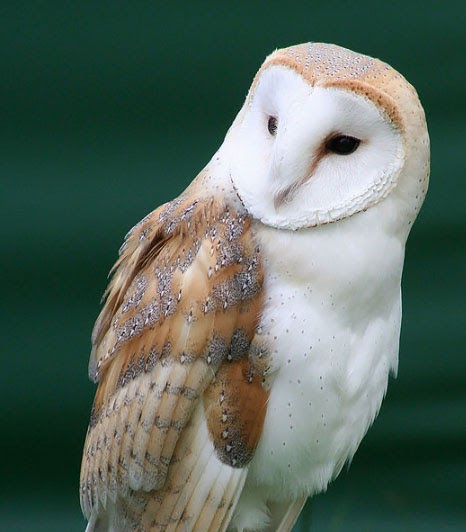 The result was an exact split. From a field of 18, half the people got it right, and half the people got it wrong or didn’t know. The most popular wrong answer was Arctic Owl. Yes, Arctic Owl, like in Harry Potter..... Now it probably won’t be a surprise to many of you (don’t forget, you are the converted) that a bunch of finance workers would know less about nature than other demographics. It was not a surprise to me, even though I try and talk to them about birds as much as possible and they have to humour me. These people need help. In my view a Barn Owl is iconic. I don’t see them very often, but nonetheless it is a strikingly obvious bird and I don’t understand how you can get to age 23ish (the youngest) and not just have never knowingly seen one but not know what one is full stop. It’s a scandal. The manifesto also mentions something called Shifting Baseline Syndrome – where each subsequent generation has a new and generally poorer view of what constitutes normal. Younger generations simply cannot comprehend that fields used to be full of Skylarks as now there are just a handful, or that they can expect to see perhaps one Turtle Dove a year whereas an elderly relative may have seen hundreds.

How do we get people who think they don’t care about wildlife to start taking an interest and to start caring? Nature is good for the soul, this is a well-known fact. In some countries doctors are beginning to prescribe it instead of pills! My view is that many people simply don’t know what they are missing. All it might take is one walk outside in springtime, or one visit to a winter wader roost or Starling murmuration to open their eyes to what is all around them. And then when they realise that it might soon be gone, and perhaps that their actions as well as their previous indifference could be contributing to that, might that not then strike a chord? There is obviously something to be said for making the conservation movement’s voice heard, for coming together as a collective and shouting loudly. That’s when our dear elected leaders sit up and take note, when they realise that large swathes of people might not vote for them next time, and if the last few weeks have taught us anything it is that self-interest among politicians still reigns supreme. But in my view the real battle is quietly initiating the uninitiated. Not to be conservation heroes but just to be interested and to care. That’s the fight right there.

So the message is simply this. Tell your friends. Tell your colleagues. Tell extended family. Tell the bus driver. Tell the dog walkers (although be prepared to be told to fuck off...). As I sat in that room earlier this week I wondered if I had been doing it all wrong. For me birding is very much a solitary activity, indeed I sometimes go out of my way to make it so. Perhaps instead I should be the kindly old duffer who quietly tells the disengaged phone-obsessed passer-by about the Green Woodpecker feeding on the path in front of them, about the Skylark trilling overhead. It is not in my nature but it would probably be worth it.

Anyhow, read the Manifesto here. Download it, spread it, leave copies lying around wherever you work. Mention wildlife as much as possible to as many people as possible, and especially to those who you know are not already converted. Those are the people who will win this.

*unwilling, but when I ask….
Posted by Jonathan Lethbridge at 20:42