In late February 2018 Mick S I spent a four day long weekend in the north of Oman. I’d previously spent some time in the UAE, and whilst the birds and birding were not hugely different here, the country itself felt different – the people, buildings and food. And of course the Crab Plovers were different, as this time I did not dip them as I have done on all previous visits to the Middle East!


Day 1
After an uneventful overnight flight we cleared a somewhat chaotic immigration and customs before picking up our rather dusty car and heading south-east towards Ras al Hadd via Sur. Getting out of Muscat was rather complicated as there are so many new roads and the signposting is not that great, but my advice if leaving the city is to head for the Muscat Expressway as this will be the quickest way to the main roads that head to the other towns.

At Sur we birded the lagoon for a while, picking up a variety of waders including Greater and Lesser Sandplover, Terek Sandpiper, and one of our main targets, Great Black-headed (Pallas's) Gull. Being a bit tired we also stopped for a jaw-droppingly good turkish coffee near the market which had us back on our feet very quickly. At the far end of the lagoon, where the mini suspension bridge crosses, we took our 4x4 onto the beach to check out the gulls. Plenty of Heuglin's, Steppe and Pallas's found, but photography was a but challenging as for some reasons the latter was incredibly skittish. As it turns out we didn't find a bold/confiding individual the entire trip. Whereas the white-headed Gulls barely moved, every single Pallas's - without exception - always flew or moved further away! Who knew? Very timid given their bulk. 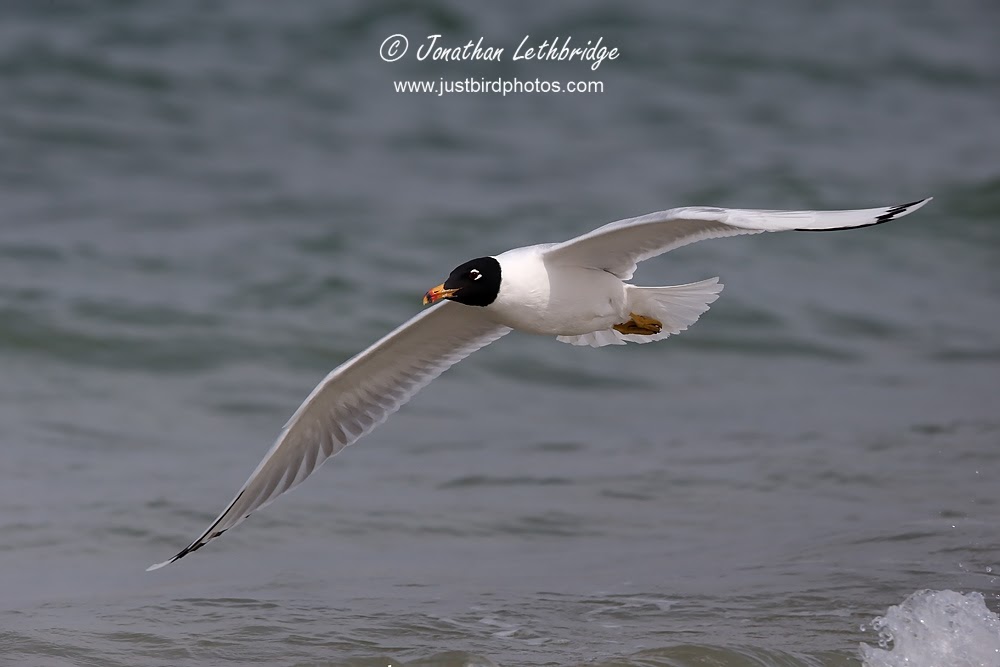 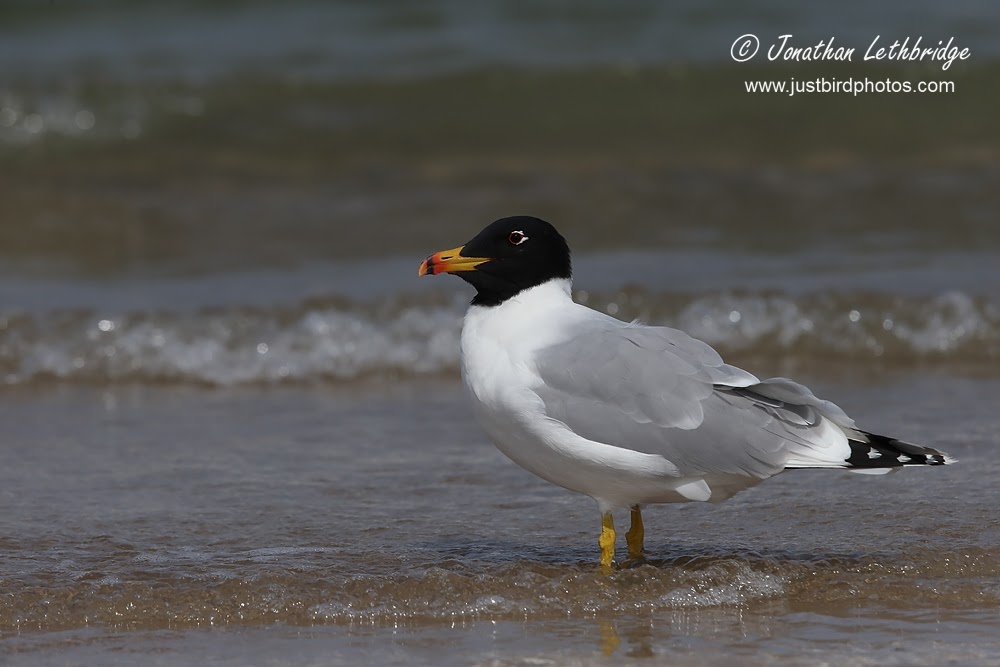 Continuing on towards Al Hadd, we then tried the Crab Plover location near the mangrove island. Here disaster struck as driving across the mudflats I got the car stuck. I managed to reverse it out only to get stuck again in an area we had just driven through. This time we were properly stuck and had to spend ages digging ourselves out, aided by various rocks, sticks, bits of old persian carpets, anything we could find basically. With dead fish on the mudflats and an incoming tide I was getting rather nervous that my Avis bill might be heading somewhat higher, but Mick did not panic and steadfastly dug and wriggled the car out and this time didn't stop reversing until we were safe. Probably took an hour all told during which we got covered in mud, and there were no Crab Plovers either. I had unfinished business with this species having dipped twice in the UAE. Unfortunately whilst I can now see the funny side, my state of nerves at the time meant I neglected to take any photos of our predicament, which is a shame as they would have been very amusing. All I can say to future travellers is to walk.


Indeed this is what we did at our next stop about 1km around the Khawr Jirama lagoon, and it was good that we did as the ground was even softer here even though it didn't look it. Once bitten twice shy so we endured a very long walk towards some white dots that I felt might have promise. Neither of us had a scope as we had cameras instead, so it took a long while for the blobs to resolve themselves into birds. However there were clear hints of black and gradually my confidence built - Crab Plovers. We had to take our shoes off and wade the last few hundred metres using the mangroves as cover, but we got excellent views of about 20 foraging birds at the waterline. I think they are up there with the best birds I have ever seen, the years of anticipation and disappointment made it all the sweeter.

At Ras al Hadd we drove past the fort and alongside the Kwahr al Hajar where we discovered hundreds of Pallas's Gulls roosting on the beach. In Abu Dhabi I'd seen one single bird, but this small distance further south and officially into the tropics there were loads. Unfortunately we lost the light early but not before being stunned by the amazing spectacle as the gulls took off en masse as people passed them - the beach is very busy with lots of fishing shacks. Our accomodation was a rather odd hotel nearby, the Al Hadd Guesthouse, built alongside the disused airfield. Cash only and they have no restaurant but will cook you a huge chicken maqbous which you can eat on their third floor terrace. 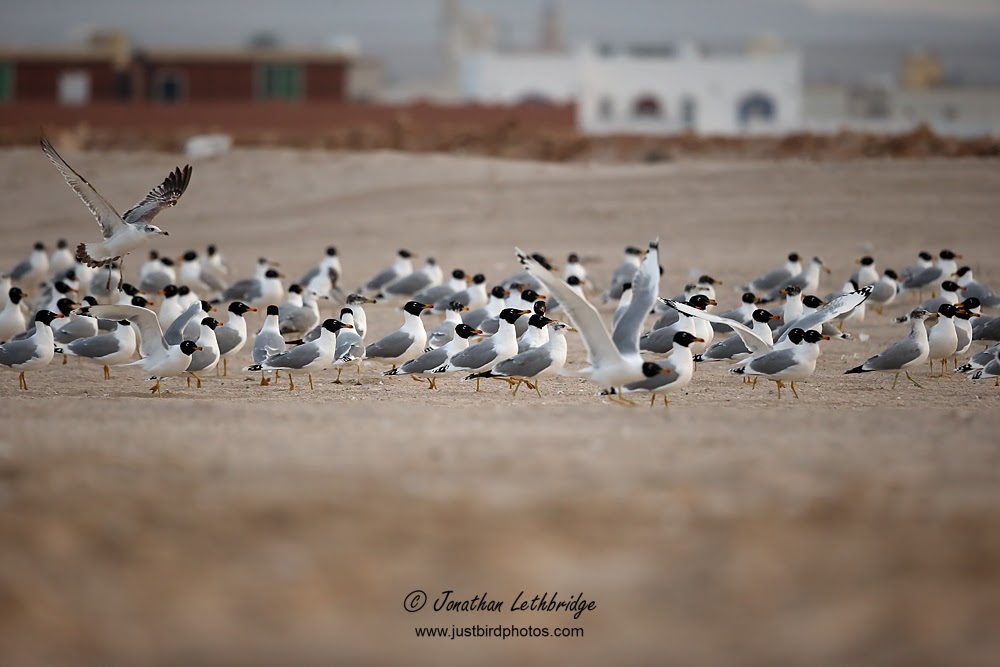 We were up before the sunrise and exploring the desert scrub next to the kwahr. Gradually the sun came up and started to light the desert, and we spent the golden hour photographing a crazily cooperative Desert Wheatear. Also present were plenty of Crested Lark and a few Black-crowned Sparrow Lark, another species I had previously missed in the Emirates. The tide was out so the close waders we had seen the previous evening were miles out. Still, who needs waders when you have Wheatears. A migrant Wryneck was unexpected. 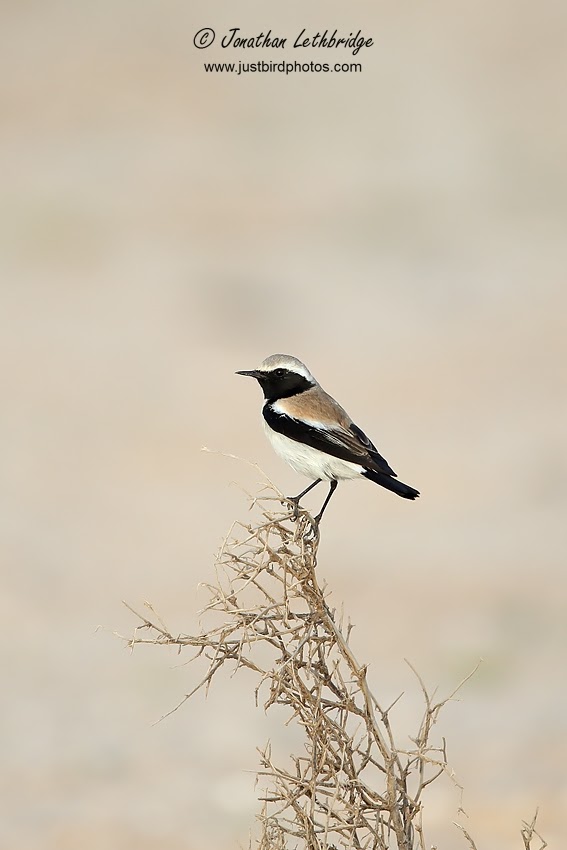 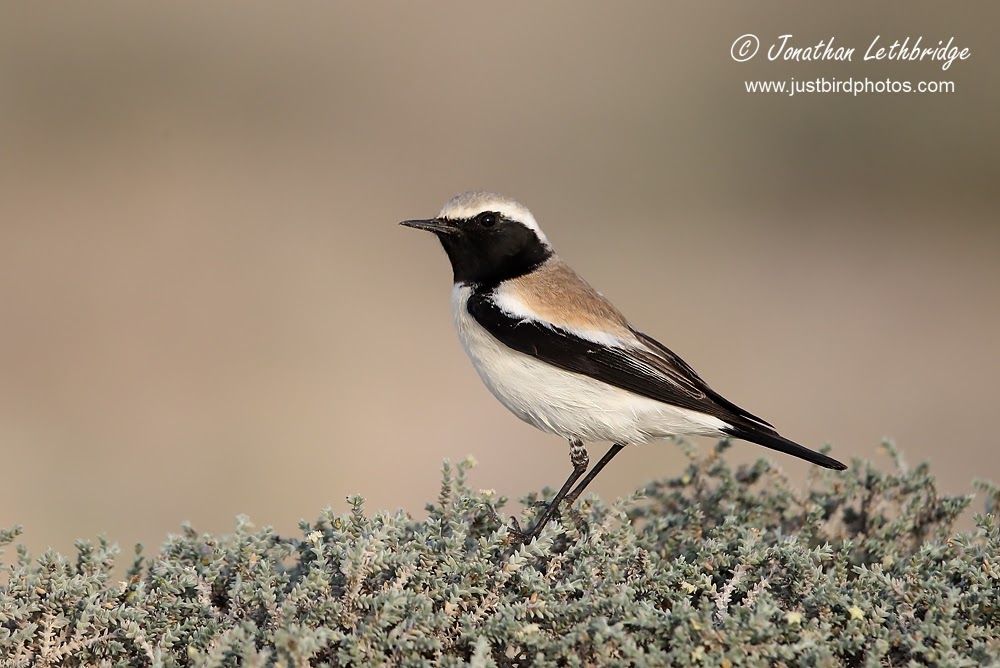 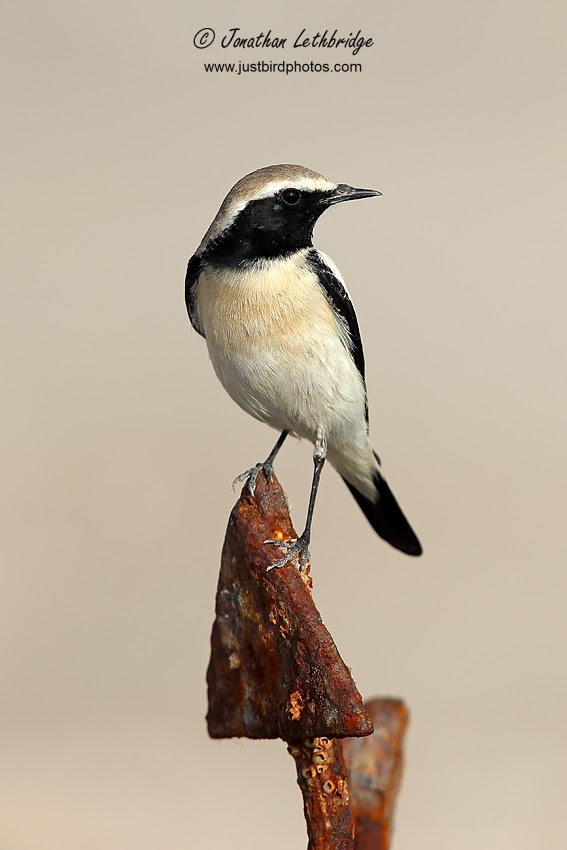 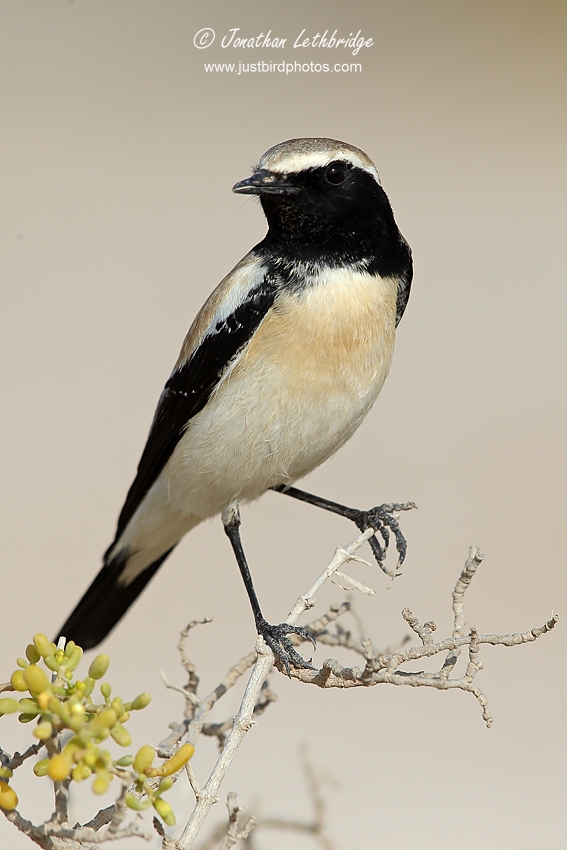 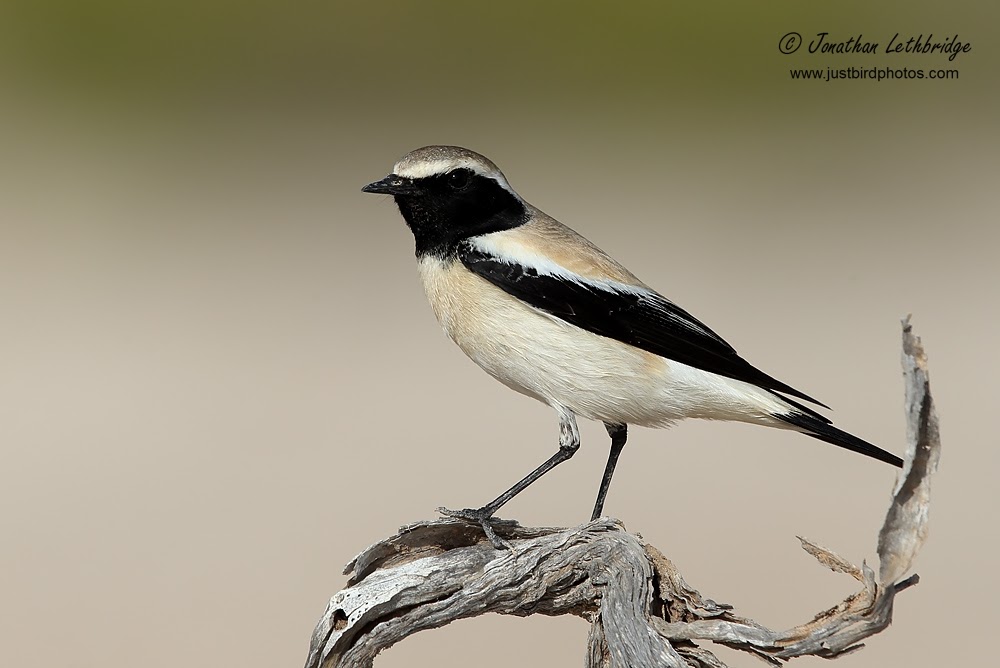 We returned to the hotel for an odd breakfast and then birded our way back towards Muscat via a number of small kwahrs along the coast road to Qurayyat. These gained us Indian Pond Heron, Red-Wattled Lapwing, and along the beach a somewhat surprising Pomarine Skua sitting alongside the gulls and terns. Ospreys fished offshore. Plenty of small waders on the beach as well, mostly Sandplovers, but it was not the ideal time to be birding - we had spent the best hours with the Wheatears. We also visited the tip here which is inland of the main road, and with nobody at the gate drove straight on to be confronted by many Egyptian Vultures and a few Steppe Eagles. Dead goats were really quite pungent, and with lots of accompanying flies we did not stay very long. In terms of photography it seems that you have a short period in the morning, and if the light holds, slightly longer from about 4pm. I am going to devote a further post to the quality of the early morning desert light as it is absolutely mesmerising in my opinion. 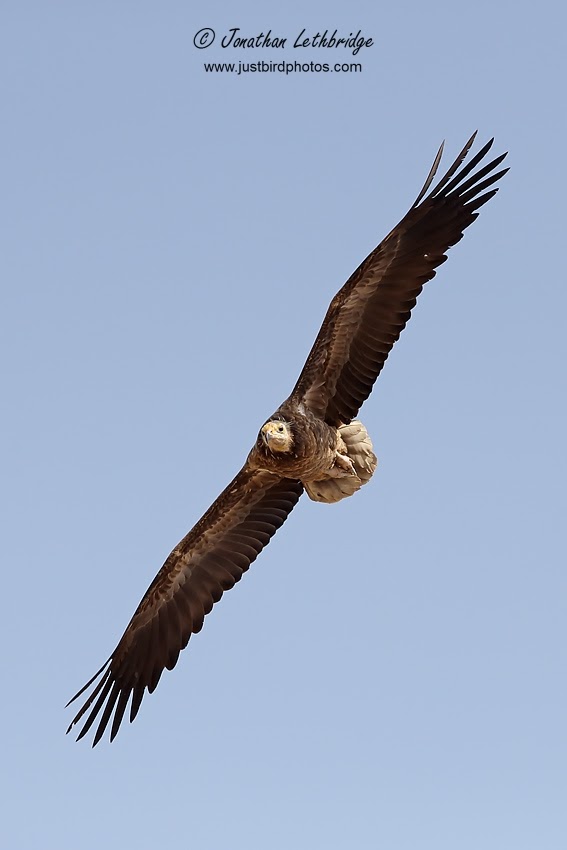 It took a lot longer that either of us expected to get to the Al Ghubrah Bowl in the Al Hajar mountains, the roads in Oman are not fast, and there is a lot of construction activity that slows you down. We got there with only a about 30 minutes to spare before the sun went below the mountains and in that time failed to find any birds - a Red-tailed Wheatear did a vanishing act and that was that. Outside the bowl where the sun lasts a little longer we found another but this too was uncooperative - it's a species I simply have to do better on. Our only Arabian Babblers of the trip were here too, near a funny bunker-like building. 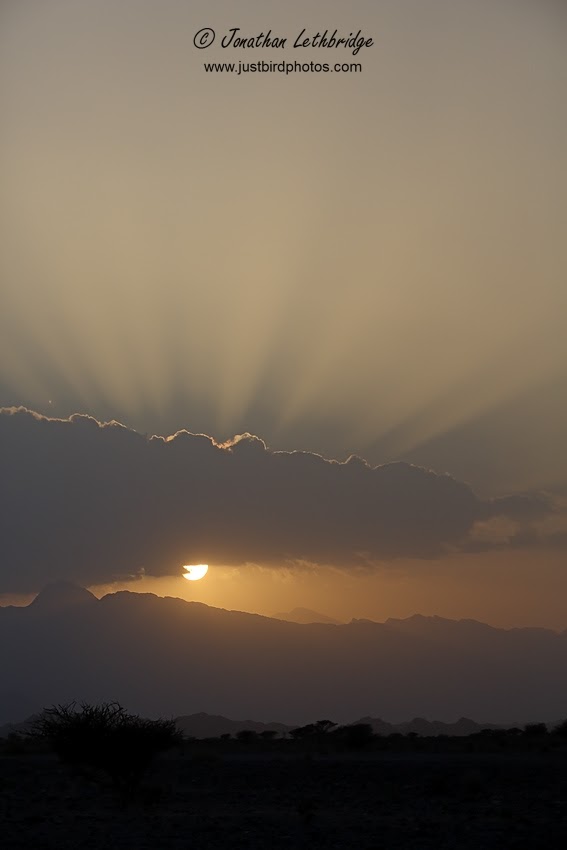 Day 3
We had stayed the night in Barka, and so headed back towards the bowl at first light for another crack at the Wheatears. We turned off some way before Nakhul and hit a promising area, but were immediately undone by some unexpected thick mist - who expects murk in the desert? It did not look like it would burn off until the sun was high in the sky, and in complete contrast to the previous day it was not photography light. Plan B was to go to the coast at Ras Al Sawadi. This was a lot better and we found a singing Desert Warbler and some good activity on the beach in excellent light - however once again we simply could not get near the Pallas's Gulls for love nor money. The one good opportunity that we had was ultimately spoiled by locals coming over and taking an interest in our gear - always a risk I find, and the birds flushed. 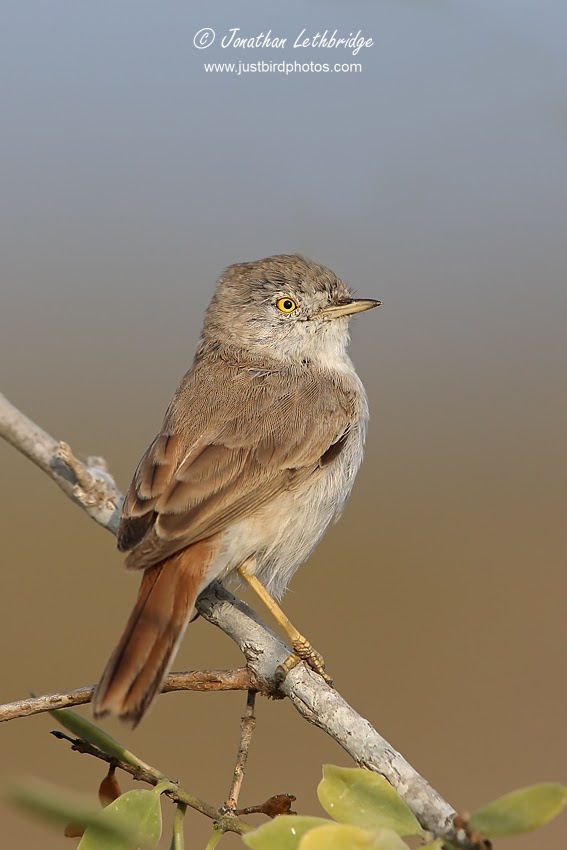 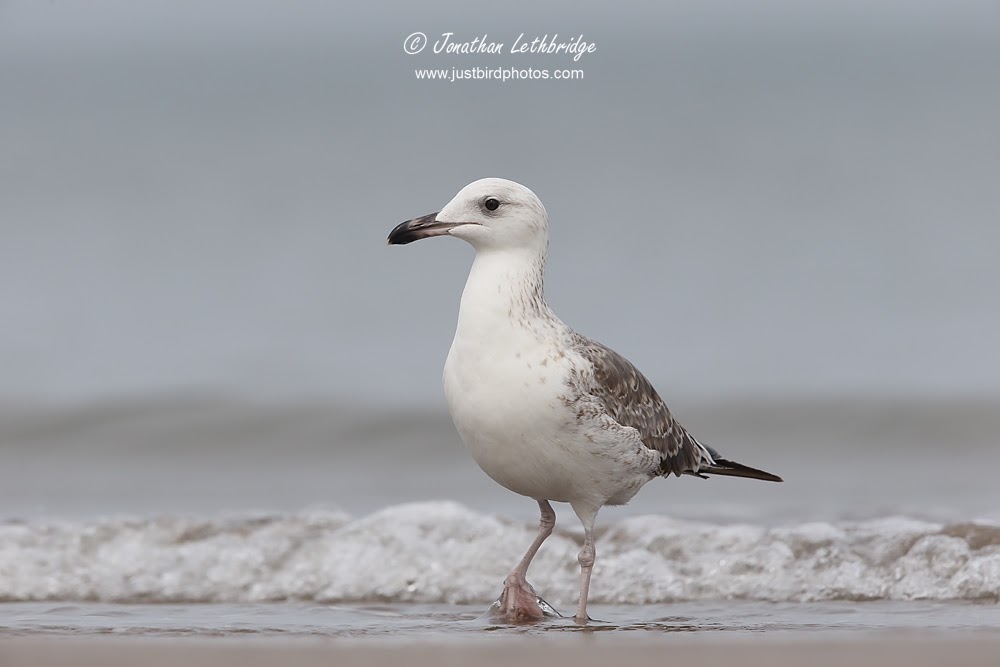 Al Ansab water treatment lagoons were easily found next to the Muscat Expressway, but as expected were behind locked gates on a Saturday. However we added quite a few waterbirds to our list simply by scanning through the fence, and the nicely irrigated playing field held a stunning Black-headed Wagtail and a White-tailed Plover. With everything behind wires we did not linger and instead tracked down Sunub a short distance away where we found our first Hume's Wheatears of the trip in the foothills. With the temperature now at 37 degrees neither we nor the birds could summon up a great deal of enthusiasm for photography. Back in the car we enjoyed the air-conditioning on the way to Al Qurm park on the far side of Muscat, and then spent the rest of the day birding there - tons of birds but unusually for a park hard work to approach. Species here included Common Myna, Indian Roller, Isabelline Shrike, Citrine Wagtail, Hoopoe, and various waders in the mangrove-lined creek that starts past the fountain and amphitheatre.

As darkness fell we returned to Seeb (near the airport) and our final hotel to shower after a hot day, and pack ready for the flight the next morning. Rather than just sit in the hotel I suggested a bit of culture so we took some short lenses and headed off to the old town of Muscat, known as Muttrah, essentially all the way back past Al Qurm park where we had just been but at least we were clean. This is a fishing village with a corniche that has escaped the mass Dubai-inspired building program that is currently tearing up modern Muscat by building pointless 10-lane motorways everywhere, and we explored the rambling covered Souq and had dinner on the esplanade - a fabulous chicken shwarma. Both loving the non-bird photography at this stage, on the way back we got diverted by a number of stunning mosques which at night are lit from both the outside and the inside, and eventually got back to our hotel at about 1am.

All in all nice break from the dismal english winter and one I would definitely do again, although I fancy a little bit longer and a flight down to Salalah at the southern end of the country centered around the birds of the Dhofur region. 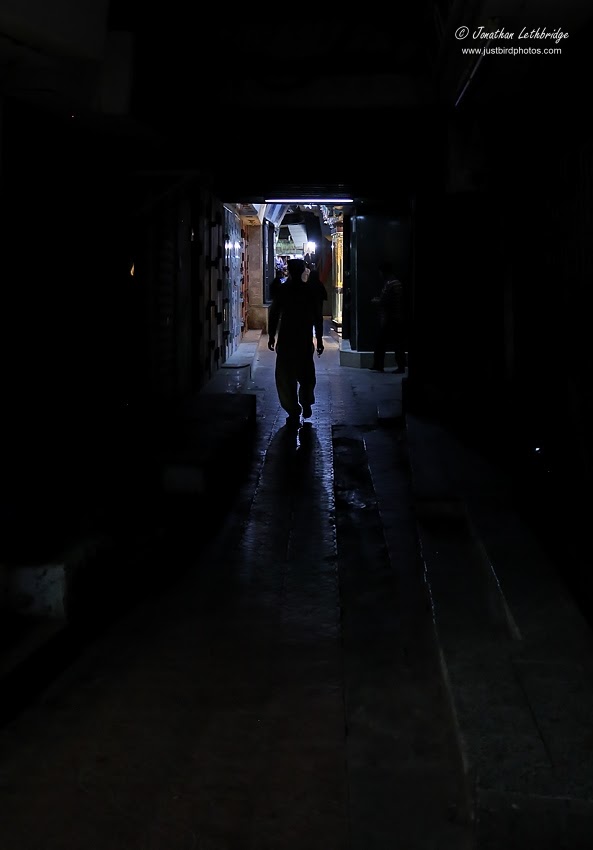 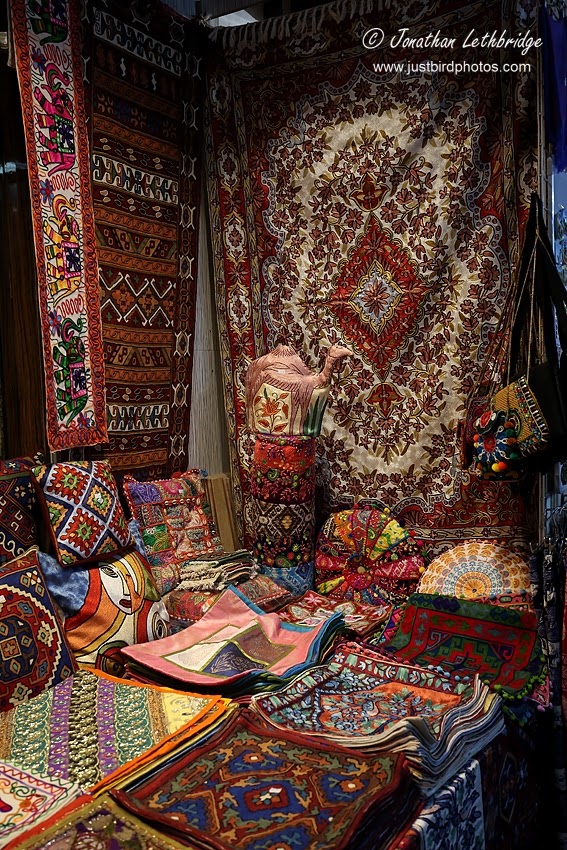